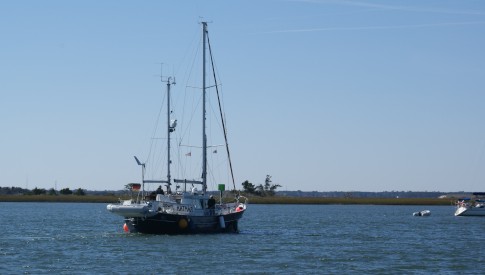 A great couple we met from Deutschland departed a day before us. (She is a retired eye surgeon and he was with Customs and Excise). The have crossed the Atlantic with four score and 10 years of life experience. (We met up again in Charleston)
Added 2 November 2008