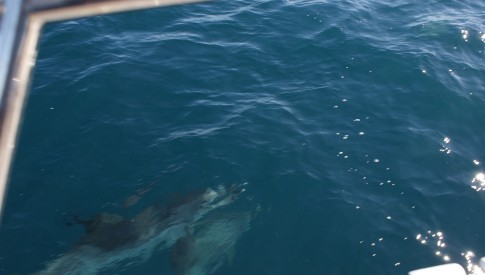 We are running at about seven knots in three foot seas...they are just cruising...only coming up for the air they breath ever 30 seconds or so
Added 2 November 2008