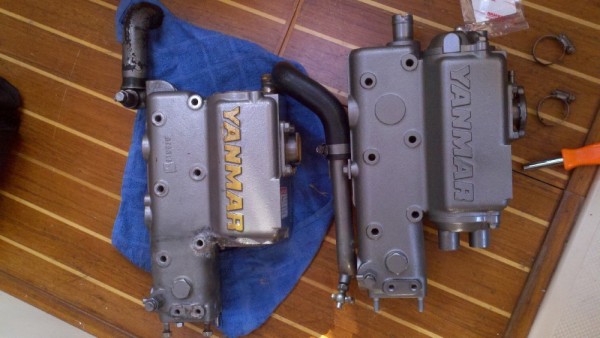 The replacement from Yanmar is not a duplicate. It requires two new hoses with different shapes and, as would learn later, a larger belt. Several parts are borrowed from the old unit. Unfortunately, the four pins were unsalvageable, and I spent a week waiting for $2 worth of pins to arrive. Yanmar should have supplied these, IMHO.
Added 26 January 2013