It seems we are spending some more time here on Aruba. The weather is still very unstable and we don’t feel like sailing into a strong south-westerly wind and having thunder and lightning all around us. Neill and Heidi had quite a difficult sail down to Santa Marta in Colombia with lots of thunder and a strong headwind. We do small jobs on Bengt; they never seem to end. It gets very wet around the cooling pipes of the refrigerator from condensation and that gives mildew in the wood around them so we clean with vinegar and keep it as dry as possible. I sanded and painted the woodstove with heat-resistant paint and made a nice work of some thin rope around the handhold. Since the handhold is an ordinary curtain rail it protects it from salt hands besides looking good. Lots of swimming and a long walk on the beach.

The tourist season has started so the number of Jetskis driving around Eagle Beach has increased. Some of them come very close, we have got water splashed in the boat a few times. Elisabeth goes naked on deck and screams at them. To avoid curious tourists coming too close we walk naked on deck. This seems to keep the Americans away since they do not like naked bodies. The locals however don’t seem to mind. One man driving past with me naked on deck wondered laughingly if he could come onboard.

Tuesday gave unsteady weather so we moved back to the Airport Anchorage. There are not many visiting boats on Aruba, we were all alone on Eagle Beach, and even in the other anchorages there are only a few. Lots of rain and thunder.
On Wednesday also lots of thundery squalls in the morning so we couldn’t go ashore until noon to phone grandchild Iris and congratulate her on her very first birthday. After that a long walk on the beach before the sky turned black again.

On Thursday we went ashore early, no rain and thunder, and walked the 2,5 kilometres to Ling and Son, the big Albert Heyn supermarket, to do some shopping. Prices for food on Aruba are the highest we have seen so far but one must eat so we filled our shopping trolley anyway. Here Elisabeth found exactly the same bathing ring that broke last week so she was happy for that.

Friday again lots of thunder and lightning in the morning but it cleared up around lunchtime. We had collected at least 60 litres of water and washed all our towels and sheets with it. We had Swedish Martin for dinner in the evening. He brought the parcel for Neill and Heidi that we will take with us to Panama for them. It’s not often we have Swedish guests onboard nowadays so Martin’s visit was much appreciated. We had a nice evening with, apart from good company, good food and a nice desert with a very fine Calvados.

Early on Saturday we went to town to look for a paint shop to buy brushes and visit some shops that sell electronics. Our old ‘take ashore’ computer, a Macbook from 2009, is nearing the end of its life and we thought (!) we needed a replacement. We wanted some sort of tablet with GPS so we could use it for navigation as well for mail etc. A SD-card for our plotter with charts for a certain area costs around 250 USD. The same information downloaded to a tablet costs only 25 USD per area. The profit is obvious (also for chart seller Navionics), the information the same, but off course the tablet has to be bought as well.


When we have enough electrical power we use the computer and OpenCPN. We have collected lots of charts for this program and even made our own charts with the help of SAT2CHART and SAS-PLANET/GOOGLE EARTH. This works fine! There is a catch though: the computer uses 2 Ampere (48 A per day) while our plotter only uses 0,6 Ampere (14,4 A per day). We have written before about our electricity production. We use that we make, which means we have to adapt our usage to that we produce and use appliances that consume little energy or don’t use them at all.

Since the tourist shops advertise with ‘Duty-Free’ shopping we thought that this also counts for electronics but, as we asked in all shops, this is not possible. ‘Duty-Free’ is only possible for jewellery, diamonds, watches, etc. That is probably why there are so many of that sort of shops around and only three electronic shops. A 9,7 inch iPad costs around 1000 USD here.
On the way back the sky turned black and we just managed to get back to Bengt before all hell broke loose. The wind backed to the southwest and the swell started coming in through the gap in the reef. Thunder, lightning and rain all around. We stayed in the cockpit to prevent us from getting seasick. Bengt rolled and rolled. Around bed-time it calmed down and we had a rain free night.

Sunday was cleaning and washing day. We cleaned the greywater tank, which smells badly if you don’t and we took the stove out to clean the sides and back. We hoovered and dusted. Sometimes one doesn’t understand how a small boat gets so dirty so quickly. After that we contemplated about this with buying a tablet.
George Monbiot (The Guardian) writes: Our society is focused on consuming and it is, for an individual, difficult to change that. We are guided by an ideology so familiar and pervasive that we do not even recognise it as an ideology. It is called consumerism. It has been crafted with the help of skilful advertisers and marketers, by corporate celebrity culture, and by a media that casts us as the recipients of goods and services rather than the creators of political reality. It is locked in by transport, town planning and energy systems that make good choices all but impossible. It spreads like a stain through political systems, which have been systematically captured by lobbying and campaign finance, until political leaders cease to represent us, and work instead for the pollutocrats who fund them or for themselves. Within such a system, individual choices are lost in the noise. Attempts to organise boycotts are notoriously difficult, and tend to work only when there is a narrow and immediate aim.
The power of consumerism is that it renders us powerless. It traps us within a narrow circle of decision-making, in which we mistake insignificant choices between different varieties of destruction for effective change. It is, we must admit, a brilliant con. It’s the system we need to change, rather than the products of the system. It is as citizens that we must act, rather than as consumers. But how? 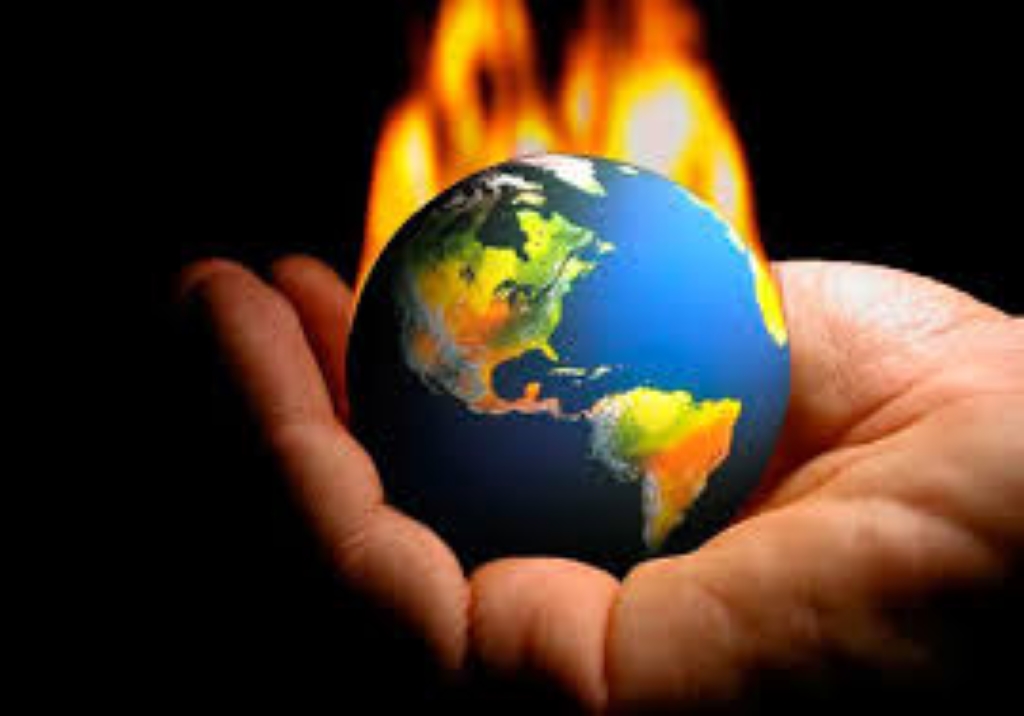 One way of acting has been showed to us by Greta and the other climate striking youngsters: continuous peaceful mass demonstrations by people over the whole world. This is an effective way to bring change. If we react as citizens instead for as consumers maybe change will come before it is too late to stop the clock ticking to twelve. The Bulletin of the Atomic Scientists put the doomsday clock already a few minutes before twelve in the sixties. Today it is at two minutes to twelve. The rich and powerful don’t care if you cancel your holydays to Thailand for the sake of the environment, they get their money anyhow. The airplanes are packed with people in any case but when the same people stop flying then maybe change will come fast. The question is how to achieve mass demonstrations and boycotts.

George Monbiot writes: The ideology of consumerism is highly effective at shifting blame: witness the current ranting in the billionaire press about the alleged hypocrisy of environmental activists. Everywhere I see rich Westerners blaming planetary destruction on the birth rates of much poorer people, or on “the Chinese”.

A clear sign that we are being manipulated by oil- and other powerful multi-national companies who own the media. This is easily done via social media like Facebook. Google has made us stop thinking. It is always somebody else who is to blame for the environmental catastrophe that awaits us. Don’t forget that we Westerners (20% of the world’s population) account for 80% of the world’s pollution. We all know that we cannot continue this way but change needs courage and knowledge. Change costs and gives fear of losing that you have.
In ‘Tao Te Ching’, written by Lao-Tse, one can read the following:

Chapter 53
If I were to have the very slightest insight, I would live in accordance with the Great Tao. My only fear is, to go astray from Tao while spreading it. Great Tao is smooth and plain, yet people prefer the devious bypaths. Hence, the government is corrupted with luxury and splendour. The people are exhausted with labour and leave the fields to be wasted and the granaries depleted. Under such practices, the officials wear fine clothes, carry sharp swords and indulge themselves in good food and drink. They crave with greed to possess great wealth. Such is said to commit the crime of robbery and certainly is not the Way of Tao.

Fear is the greatest enemy of change even if the change itself is positive. It is easier to hold on to that you have than to change. Change gives uncertainty, anguish and chaos. Nevertheless chaos gives order (Yin and Yan principle) and in the end a new, and hopefully better, way of living together on this planet of ours.

When I lived in the Swedish village of Lilla Edet there was a proposal to build several wind generators up in Svartedalen, the nature reserve where I lived on the edge of. It didn’t take long before the protests started. The arguments against, some ridiculous, were many, the arguments in favour were few. When we left the village to sail the oceans of the world there were a few generators build.

Here we are on Aruba and thinking about buying a tablet or a new computer. The old one still works albeit slow and with short battery-time. Is this a problem for us? Since we have learned from birth that consuming is life we had doubtlessly bought a new one. When we act as citizens of the world with a responsibility for the planet we live on we say no to a new computer but it probably turns out the same way as with our old telephones. To force us to buy ‘new’ gadgets programs or apps just stop working. A little signs says: ‘your operating system is to old’ and no updates are possible. For example Instagram, Facebook and Mobile BankID don’t work on our telephones anymore. Most apps, if not all, can be missed but the BankID is needed to log into our bank and pay the bills, transfer money, identify yourself at the tax-office, etcetera.

If I write to BankID with a complaint the reaction is zero. If 18000 customers (that many had to change phone) stand in front of their office and protest change happens very quick indeed. It is like with Marine Warehouse (see previous blog entry) and Budget Marine. We are only a little customer which you can ignore but if all sailors in the Caribbean boycott these businesses things will change fast.

One question is how to organize so many people so our ‘leaders’ understand that change is necessary. Another is how to make people understand the gravity of the situation and to engage them in their future and that of their children.