During the COVID-19 lockdown, we began work on a new website for our Berkeley East sail blog. Despite our computer savviness, we quickly discovered that it is no simple task to transfer 15 years of blog posts, photos, and videos to an unfamiliar format. Just the need to read each, and every, blog, then spend hours reminiscing, complicated the process. So, we decided to take our time and work on it whenever we had the temperament. But as usual, our plans changed with the direction of the wind, and our cruising days on Berkeley East came to an end. Still, a lot of time and energy went into creating this nearly completed site. And with recent news that BE has been renamed, knowing that there will likely never be another boat called Berkeley East, we have decided to honor the best Hylas 54 sailboat ever built and preserve the Berkeley East blogs here, while possibly, maybe, perhaps, if we have time, provided we find something interesting to write about, use it as a vehicle to record some of the future adventures of BE’s crew. It is still a work in progress. And although we have many plans for new experiences, we do not feel that recent activities like the Captain’s hip replacement, and our search for new toilets, warrant a blog post. But stayed tuned.

The End of an Era

There is a very old, well-known boating adage: "The two best days in a boat owner's life are the day they buy it, and the day they sell." Whoever coined that phrase must have had a crappy boat.

Our idea to purchase a boat and go cruising began years before we created Berkeley East. Those days of dreaming, researching, planning, and chartering were exciting, some of the best days during that time. Executing the contract with Hylas Yachts to build Berkeley East, while stressful, was truly a highlight of our lives. Visiting Queen Long Marine in Taiwan while BE was under construction was exhilarating. Choosing a boat name, taking delivery of Berkeley East in Ft Lauderdale, performing her first test sail, signing the closing documents making us the proud owners of the best Hylas 54 ever made; all were a few, just a few, of the best days in these particular boat-owners' lives. Add to that, 15 years filled with fun, travel, challenge, adventure, exploration, discovery, friendship, and sailing; there were endless best days.

There is no question that there were also tough days, scary days, exhausting days, days we thought would never end. Contrary to popular belief, cruising is not all "cocktails and sunsets". But the cocktails and sunsets helped take the sting out of the bad bits. And having a beautiful, strong, well-equipped yacht like Berkeley East kept us safe, secure, and, as comfortable as possible, during the more challenging moments. Our plan to end this phase of our lives, while difficult, was well thought out. We were not happy to stop cruising, we were not relieved at the idea of selling Berkeley East. It was just time for us to move on. We've made complex decisions like this before: selecting one college over another, taking job number one instead of job number two, moving from California to Australia, and back again, retiring from careers we loved, to go sailing. All choices that presented thrilling possibilities mixed with quiet trepidation, just like now. Perhaps we have good instincts, or just enjoy dumb luck, but most of the time we made the right move. After weeks of hard labor getting Berkeley East ready to sell, we escaped to the beach to rest and recharge. We spent five days enjoying the sun and sand, with just one serious task at hand: making our list of "Next Best Days" once BE had sold. The Captain brought his spread sheets; the Admiral packed her post-it notes. The result is a collaboration of ideas that present us with a continuing goal for new experiences, challenges, and adventures. It is a list so long that we probably will not have time in our remaining life to reach completion, but we will die trying. Less than a week after Berkeley East was listed, we received two offers. It was very flattering to see that the boat we loved, and looked after, for 15 years was so attractive to buyers. A few weeks later, following an extensive survey, test sail, questions, answers, requests, and negotiations, we signed BE over to her new owners and officially ended our cruising run on Berkeley East, the best Hylas 54 ever built. It was truly one of the saddest days of our lives. But without the sadness, we would not have experienced all the joy. We had a great ride! Every year, for the past 15 years, we've asked ourselves where we should cruise next? We would spend all winter researching, discussing, and planning, knowing full well that everything could change once we got back to Berkeley East. Still, we enjoyed the process. But with BE's return to the United States, our winter routine will be changing significantly. During the summer, as we were sitting on Berkeley East reminiscing over a glass of wine, while bobbing at anchor off Italy's Amalfi Coast, we made the call to ship Berkeley East back to the US. We also concluded that it was time for us to retire from cruising, so we would put BE on the market once she was stateside. We were surprised to hear ourselves say we were ready to end our status as "boat people", perhaps it was the wine talking, but more likely it was the nagging voices in our heads telling us to do different things. Berkeley East and our adventures together will always be in our hearts, part of our souls, but the cruising lifestyle is consuming, leaving little time to explore the many other possibilities that life has to offer. And now that we are at official retirement age, it's time for us to relax a bit. So, after we picked BE up in Port Everglades, Florida (from her trip across the Atlantic on the BBC Scandanavia), we began the painstaking process of getting her ready to sell. It is much like moving out of a home after 15 years, with one difference, we emptied the entire boat before she was even listed; 15 years of precious possessions, along with 15 years of crap. Sounds like a simple task to unload a sailing vessel, but Berkeley East is a 54-foot raised salon yacht with more storage space than your typical house, let alone a boat, and every little crevice was packed. Throughout the following weeks, we found tiny treasures buried deep inside BE. Like the scrimshaw we had purchased when we landed in the Azores Islands after sailing across the Atlantic in 2010. And the original fleet list from our first Caribbean 1500 boat rally in 2007. There was a box of aluminum foil that boarded BE when she was first commissioned in Florida, and 30-feet of toilet hose that we packed, checked on an airplane and flew from North Carolina to Turkey in 2013, which was then brought back to the US aboard Berkeley East in 2021. And even better than unused toilet hose, we were finally able to retrieve our magnum wine collection from Berkeley East's lower bilge; we had been saving favorite blends for years to bring home and share with friends. There were multiple trips to the dump, drops at Goodwill, a rented storage unit filled to capacity, and a section of our broker's warehouse for boat-related gear. After all the sorting and sacrificing of goods, we made two trips back to North Carolina, the Hummer packed to the roof, with everything we just could not bear to part with. There will likely be more trips to Goodwill, and the dump, when we unpack the boxes at home. Once Berkeley East was clear of our clutter, the real work began. While she had been meticulously maintained for her entire life thus far, she needed some cleaning and polishing to impress prospective buyers, so a haul out was scheduled. Over the years, we have hauled Berkeley East numerous times, and while it is always nerve wracking to see her out of the water, we knew the drill. What we didn't know was that there was a strong tide and current just outside the slipway of the boatyard that sent BE swirling dangerously close to two super yachts every time the Captain tried to back her in. We were about to abort the mission, when two guys in a tow boat came out to help push Berkeley East into the slipway. We tried to pay them for their assistance, but they declined, they just wanted to help. Boaters helping boaters, one part of the cruising life that we will miss. We worked for a solid month with one day off to celebrate the Admiral's birthday. After two weeks in the yard, Berkeley East was stunning. We splashed her for one last trip with her Captain and Admiral at the helm. We felt fortunate that there was little wind and no rain, as we had been experiencing torrential downpours for weeks. And we made it to the dock before dark, life was good. But as we reached our space, the wind came up blowing Berkeley East off (one problem with docking behind someone's house is there are no marina workers to lend a hand). On the third attempt to wrestle BE close enough, the Admiral showed off 15 years of boat woman skills by lassoing a pilon, jumping over the pulpit off Berkeley East's bow to the deck below, and securing a line so we could inch BE's 37 tons into place. As we grumbled at the difficulty of our final docking experience on Berkeley East, we took solace in knowing that "any docking you can walk away from is a good docking", especially for old sailors like us. Berkeley East is listed for sale with Collection Yachts, who think she is a real catch. But if someone doesn't snap her up quickly, we might find ourselves moving back on board in the spring and sailing BE to the Bahamas. 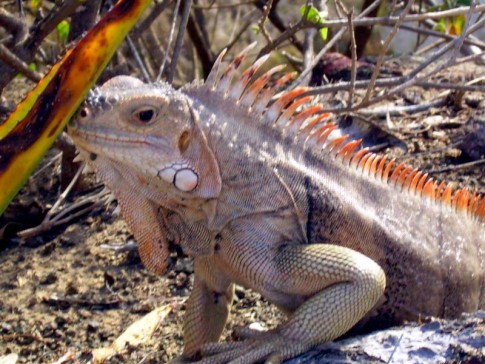