The Navy chap turned up about 530 pm the night before we left and gave us our clearance. Jay asked if we owed anything and he said no, it was up to us if we wanted to give a gift. Which we did ($20)! It is sort of expected and we were already forewarned, these chaps apparently only get the equivalent of US$250 a month. We headed off at 6am and motored to the entrance of the Bay, about an hour and half, with me catching a small "little tunny", a mackerel species, hoisted sails and headed north, motor sailing as we had 200 NM to go. 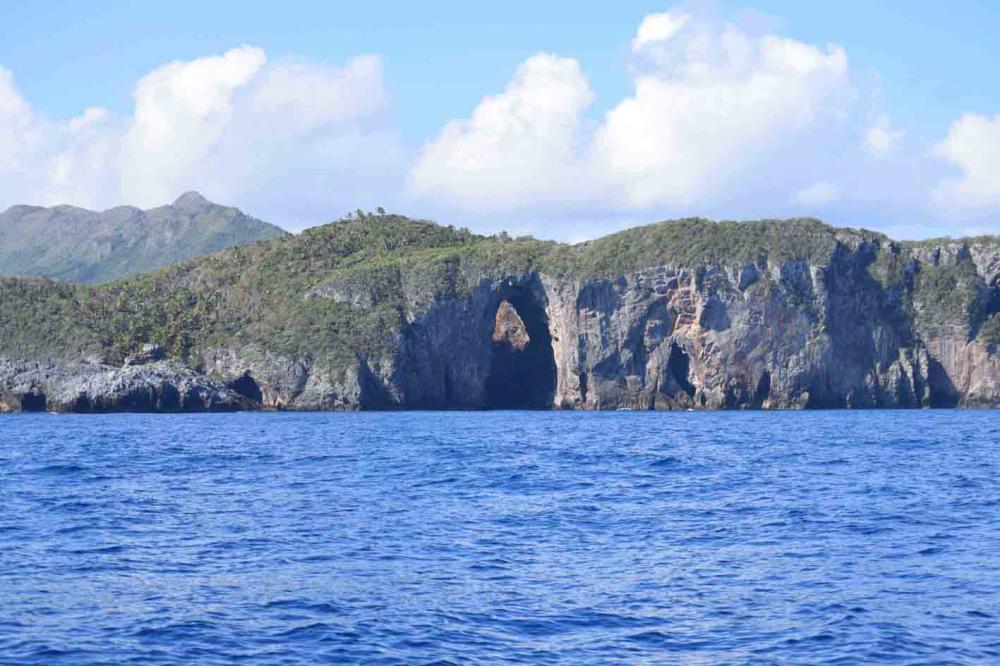 The wind was a bit light but was ok until we turned west and it came behind us. The Van Zant book, "gentleman's guide to sailing south" gives a little stat on sailing west and he recommended keeping close into the coast and then doing a broad reach to the point from half way into the next bay. We tried that as it was only 5 NM different to the rhumb line. We were probably not close enough as the wind was all over the place, we had the motor was on and off for the next hour and half, but eventually we reached the area he said turn and sure enough we had great broad reach to the point.
The DR coast here has lots of small peaks, like thick jam boiling. Amazingly picturesque. 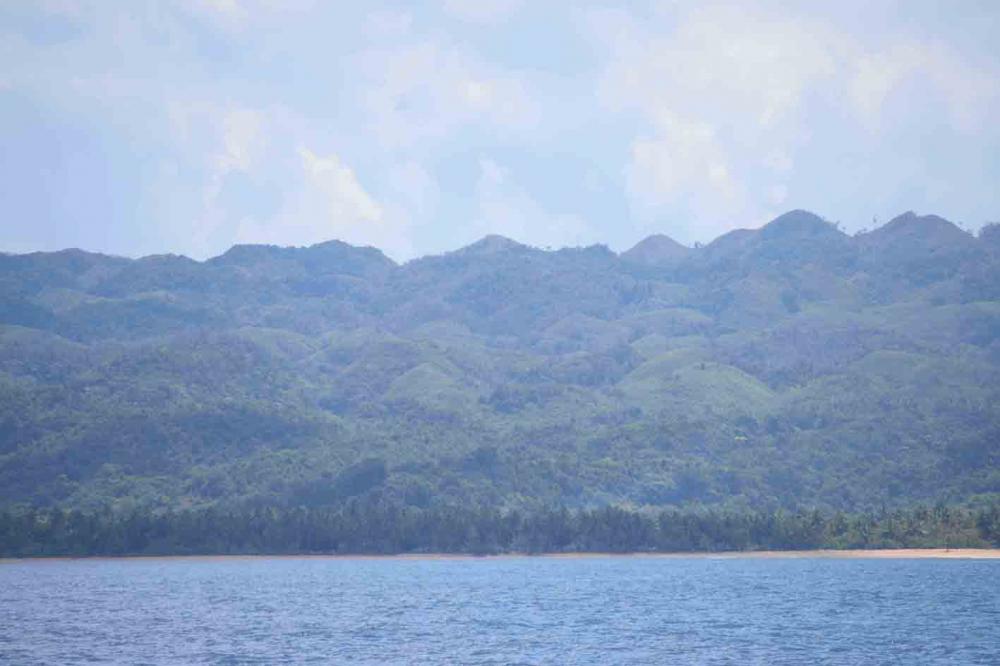 We turned the next corner and with the wind right behind us sailed along for a while although at a slower rate......then the wind died. We motored for nearly 10 hours. There were no published bays or regions we could get into along this coast, especially at night. Jay had had an early break and kip and I was down for mine, when Jay woke me and said he had found a bay that looked like we could enter even at 2 am in the morning. We had a nearly full moon, being close to Easter. He was over the noise and expense of motoring! So we headed in, dropped anchor in dead flat mirror seas and slept.
The next morning the local Navy man turned up at our boat, brought out by local fisherman. You are not supposed to anchor anywhere except where they say. He seemed happy with our explanation and we requested staying an extra day, which he agreed to. This Bay was lovely. Long stretches of sandy beach, clean clear water, reef on both sides with a small coral island and reef across one side of the entrance. We had not tucked in behind this as suggested, to keep out of most swell but there wasn't any.
The fisherman wanted us to come in and buy fish, octopi and crays from him which we readily agreed too. We swam in from the beach about lunch time thinking to choose our evening meal. He was charging an arm and a leg and we had to bargain down. He then informed us it would be 40 minutes, it took us a while then realised he was going to cook the food for us straight away. That took care of lunch! The octopus was made up as a salad with onion and celery, and the extremely small crays were BBQ, plus fried plantains. Both Jay and I would have like the cray cooked a bit longer so we could eat more of the body but we did not go hungry and I assume they cooked the rest up for themselves. We had a walk along the beach and did some beach combing, picking up some very seasoned calabash, no big ones but good enough to make bowls for nibbles etc. the beach was covered with large pieces of drift wood, one in particular we thought had been carved to look like a crocodile but it was all natural.