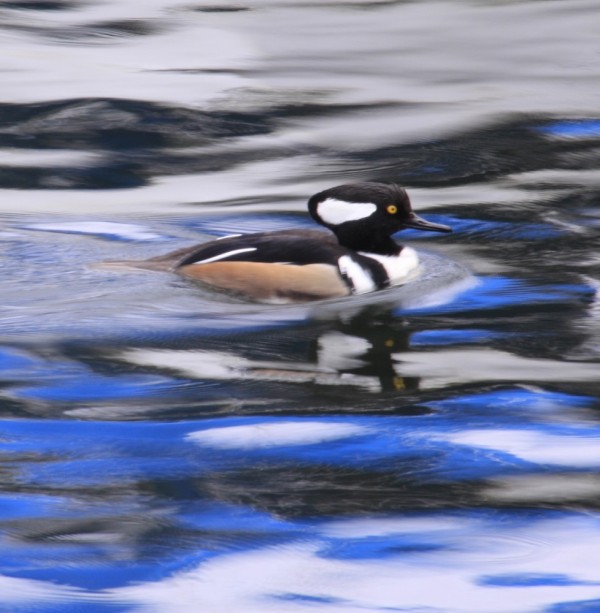 It's hard work being retired, but I assure you I've been putting a lot of effort into it. Lately my routine has been getting upset, though. Thoughts of all I have to do keep waking me up at oh-dark-thirty, then I sleep in late to make up for it, so my regimen of getting up by eight AM to get to Tully's for coffee by nine is going by the wayside. Do you think one of "my" baristas will get worried and send the paramedics?

In reality, a lot HAS been going on since my last post in early February. Most significantly, my daughter Lisa has been living aboard with me for over a month now and that's done wonders for filling in the lonesome evening hours. It's wonderful to have someone to share meals and she and I share a penchant for Netflix evenings. What's more, she is ever eager to lend a hand with whatever projects require attention on the boat. Her excuse for spending so much time with her old man is that she's in search of work (volunteer and otherwise) with NOAA's National Marine Mammal Laboratory. She's working with me and Seaton on the Merry Maiden in the meantime and earning some spending money while she's at it.

Projects on Mabrouka are progressing. Lisa and I installed and wired up all the single-side band components and have only to hook them up to power and commission the system. The power supply is, itself, a separate project since I want to provide an independent source for the SSB and the other navigation instruments. I've been working with Ed Foster who has designed the system and will provide most of the components. Interfacing the comms power supply with the house and starting batteries, not to mention the solar panels, the engine alternator, and shore power requires some engineering and a couple of smart boxes. An additional house battery to bring my power reserve up to about 520 amp-hours is included. 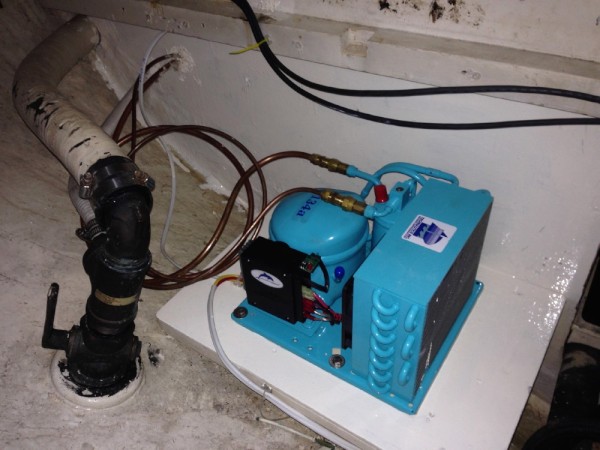 The new Cool Blue 12 volt refrigeration system was delivered several weeks ago. I took a retired (i.e. lazy) person's approach to the install and it lived up to it's promise of a straight forward job. The basic unit is physically smaller than my old 110 volt system and has only one large holding plate (the part that actually transmits the cold to the inside of the box) to replace the two smaller ones. The old system came out very easily, facilitated by the fact that I didn't have to worry about the freon escaping when I disconnected the piping. (I'm sad and embarrassed to admit that the old system wasn't working precisely because the freon had alREADY leaked out.) Only slightly contortionist exercises were required to get the old holding plates and compressor out and installing the new ones wasn't too much more awkward. I fitted another 3/4 inch of insulation in the aft cooler box with only a modicum of patience required. Lisa was a big help there. The copper tubing connecting the compressor to the holding plate was pretty simple, being precharged with coolant, and all I had to do was bend it carefully and tighten up the fittings. Yesterday I mounted the compressor itself, reran the wiring, and did a little touch-up paint. Voila, cold milk again!

Lisa and I played a guessing game at the checkout counter at the conclusion of my shopping spree for rigging to install the new Forespar whisker pole I'd bought for the North Sails gennaker. Her four-digit estimate won out over my three-digits, and that doesn't even count the whisker pole itself. The mast track has yet to be delivered, but when that arrives we'll have some fun installing it.

I've ordered a new stay sail from North Sails and the loft should get me a quote for a new storm jib soon. The stay sail should be delivered in mid-April. Then we'll have some fun re-rigging for that, too. 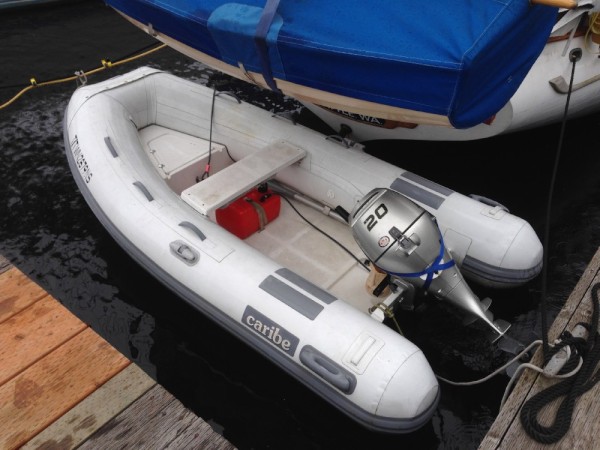 The new Portland Pudgy has been ordered with all the ecoutrements including a sailing rig and lifeboat outfit. It should be delivered in mid-April. I've also purchased a second-hand 2.3HP Honda outboard that should be ideal to supplement human-power-by-oars. Making room for the Pudgy, both physically and financially, involves selling the old dinghies. I have yet to do more than ask a couple of acquaintances if they're interested in the RIB, and that has not turned up any bites. Fisheries Supply had a swap meet on April 5th and I'd hoped to sell it there. Unfortunately, when Lisa was setting off to motor the dinghy over to the boat ramp, she noticed the cooling water wasn't coming out the little hole in the back of the motor. That's turned up a corroded water pump and a $400-500 repair bill.

The Grandy Skiff has been advertised on a couple of specialty sites for going on three months now and that's turned up only one serious inquiry. Well, several actually, but most of them have turned out to be fraud.

Making an example of the most serious case, something smelled fishy about the deal from the start with weird syntax in the emails, contact information that led to oddly unprofessional answering machine messages, and a web site that was populated solely with links to vaguely related pages. I got as far as depositing the buyer's check in my account for almost $8000, two grand more than the agreed sale price. It cleared, but when the buyer wanted me to send the excess funds to a third party to cover shipping, my lingering suspicions were piqued and I followed up with a phone call to the company that supposedly had written the check. Their accounting department confirmed that the check was bogus and they'd put a stop payment on it. I was dismayed and disappointed that authorities weren't interested in pursuing the fraudster. Although I filed police reports in both Seattle and Chicago (the buyer's supposed business address), as well as with the US Postal Service, fraud in this amount is so common that it's beyond anyone's resources to prosecute. Besides, I was smart enough not to actually lose any money, so wasn't actually a victim. WTF?

With a backlog of components already on the boat and waiting to be installed, I have been avoiding thinking about the auto-pilot and modifications to the engine alternator pulley modifications, both of which really need to be done before I head off for substantial cruising. Repainting the masts and checking/repairing the chainplates hasn't even figured into my plans and probably won't happen until I get south o' the border where the days are warm and dry and the labor's cheap.

Merry Maiden work has continued even while all this has been going on. Again, I won't try to shoe in details here, but I've added some pictures in the Merry Maiden section of the Projects gallery that include descriptions of what's going on.
Comments
Newer Older
Contents