Cruising Yields to Repairs and Projects

13 February 2015 | Marina Mazatlan, Mazatlan, Mexico
Roy
After Emily left, I was determined to resume my southward cruising, so it was on January 7th that I paid my marina bill and headed out of the harbor, stopping at Marina El Cid's fuel dock to top up on diesel and potable water. Past the breakwater I set the autopilot (you might recall her name: Mona Laguna) to steer the boat while I put away fenders and dock lines and hauled up sails. All those chores done, I asked Mona to make a 90 degree turn to head south to Stone Island where I planned to anchor over night and set off the following afternoon for Isla Isabel. That request apparently confused the little lady, who set off on a drunken zigzag course toward our destination. I fiddled with her a little, but to no avail, so I sent her to her room to consider her despicable behavior and hand-steered the two hours to Stone Island, still planning on having a stern word with her about how important cooperation is to a happy crew. 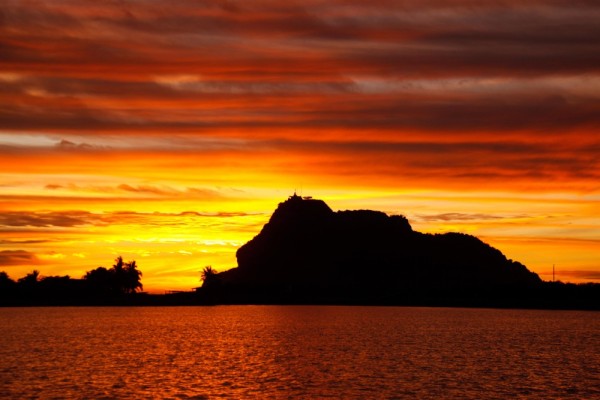 Although I did get this gorgeous sunset out of it, I spent several long, frustrating days of poking and prodding interspersed with no small amount of swearing and several international phone calls to Wil Hamm (the system's designer and manufacturer) before I got tired of trying to fix it anchored out in a somewhat isolated Mexican bay, so I went back to Marina Mazatlan. A week or so later I overcame my discouragement and indulged Wil's request to find some calm seas to go out and adjust a potentiometer hidden inside the cover of the pilothouse control unit. With the help of John and Reina off a neighboring cruising boat, we exited the marina and made a stab at the adjustment. Gawd! I can still not fathom why, but it worked. We returned to the marina with glee in our hearts. 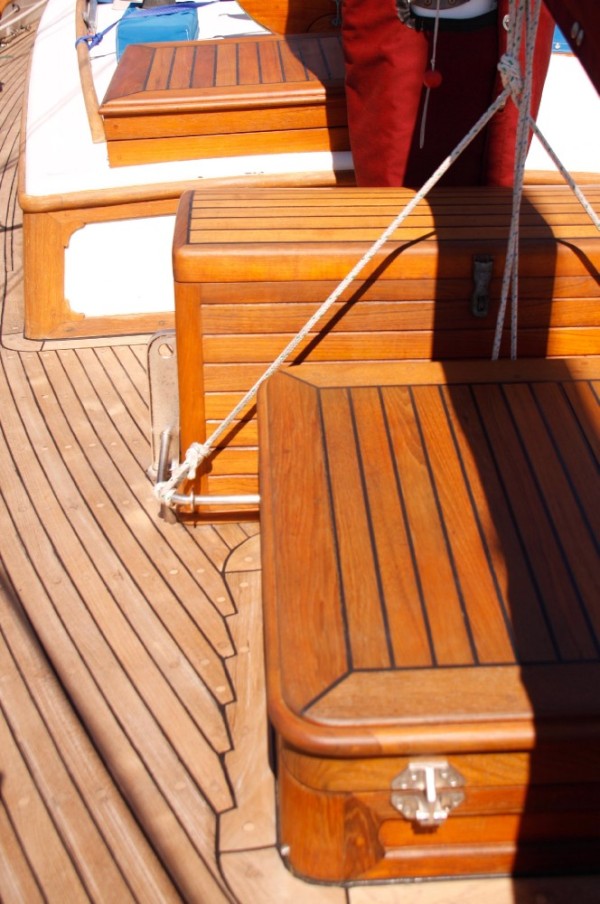 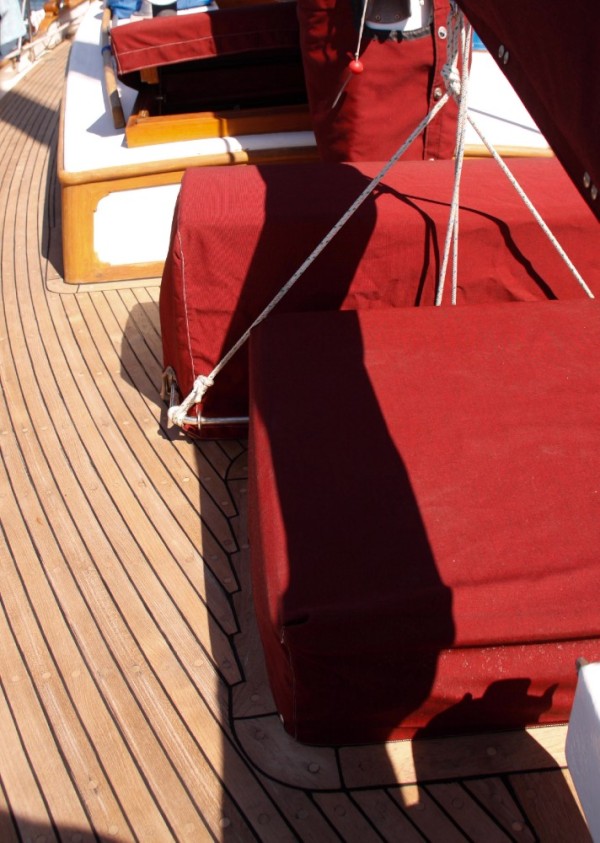 One would think that I'd immediately head south again, but while waiting on advice from Wil, I'd made a commitment with a local craftsman to redo my teak decks. They've been in bad shape for many years. There were no significant leaks, but many, many screw heads were showing and there were vast expanses of deck that weren't even grooved, much less caulked. It was something I'd anticipated doing when I found skilled, but inexpensive labor and I couldn't pass up the opportunity to get the work done for one-quarter to one-fifth what I'd have paid in the US.

Beto (Alberto Moreno Ortega, owner and primary source of skilled labor for B.B. Marine) predicted six weeks to do the job, so I settled in to knock off a list of my own projects. Mostly that included making new canvas covers for my hatches and deck box as well as mosquito screens for my hatches and portholes. I eventually became quite the seamster and am mostly proud of the results. I also read a lot, slept in late, ate out, and explored the more commercial aspects of Mazatlan with forays to WalMart and Home Depot. 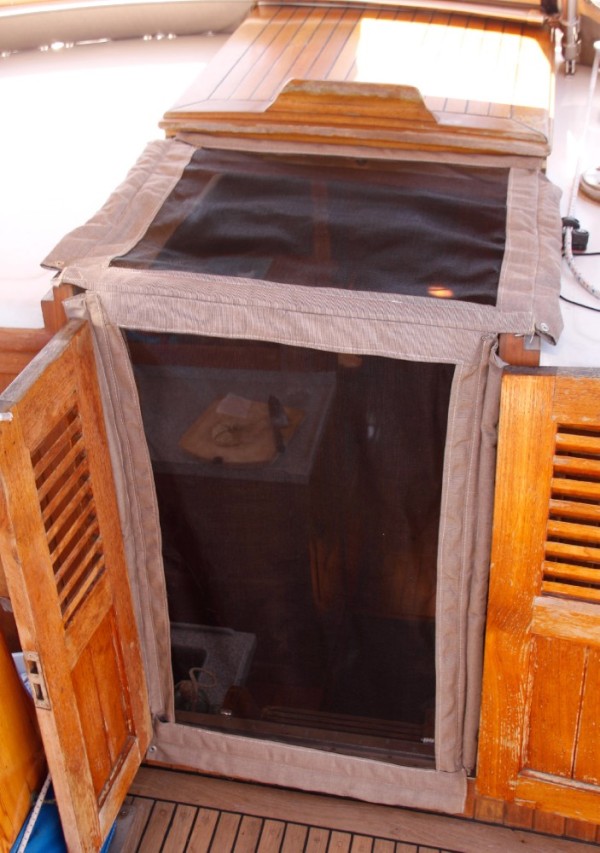 If you'd like to see the bug screens for the portholes and hatches as well as a couple of other sewing projects, go to the Projects album in the Gallery.

I would be sadly remiss not to share the friendly welcome I've received by the marina and its residents. Prior to my aborted attempt to sail south to Puerto Vallarta, I spent a couple of weeks on dock three where I was warmly greeted by my neighbors there. I've since visited several times with Barbara and George, including joining them to cheer the Seahawks through their debacle of a goal line attempt in the last few seconds of that disappointing Super Bowl.

Returning from Stone Island, I requested a slip closer to the marina office with better wifi connectivity, and ended up on dock six. There we enjoyed daily "safety" meetings promptly at 4pm during which I got acquainted with literally a dozen boat loads of cruisers and adopted locals over beers and snacks. What a wonderful group, always ready with helpful advice and directions for this newbie to the Mexican cruising life.
Comments
Newer Older
Contents