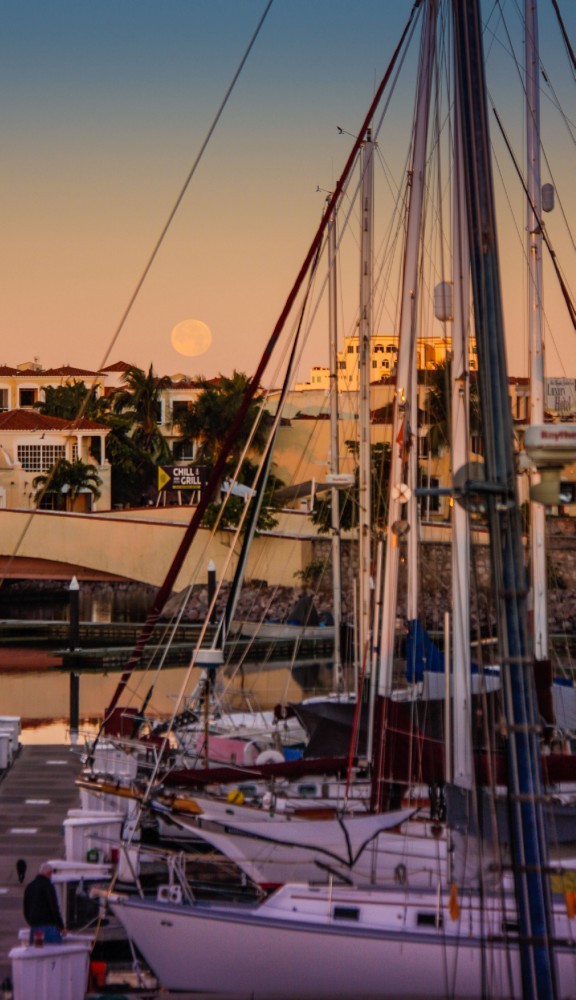 I don't know why the sky insisted on grumbling and weeping over Marina Mazatlan when it was poor me that had to shelter below to the snare drum sound of rain drops pelting the canvas dodger. I'd planned to take Friday morning for the half-hour walk to Walmart to provision the boat for a Monday departure, but I found the lightning, thunder, and heavy rain to be discouraging of such chores. Rumor had it that this would be the agenda for the weekend as well.

I was getting antsy to move on, though, and had been inching toward another attempt at departure southward to Puerto Vallarta. There was little to keep me here except the friends I'd made on the dock and being cooped up in a marina is not my idea of the cruising life. At the same time, I'd built up stationary momentum and it might have taken a motivational tape to get me started. Rain wasn't helping in that regard.

The decks were done and I was completely satisfied with them. Besides being just a really nice guy, Beto and his crew were diligent workers and knocked out the job in four weeks rather than the predicted six. In the meantime I'd completed quite a bit of canvas work, making new covers to match the burgundy ones that I'd had delivered with the new sails. I replaced everything that was too bedraggled to survive much longer, but there remain a few blue odds and ends as leftovers that will last until I rebuild momentum for more stitchery. Anti-bug measures were in place, too, with a concoction of stainless steel rings to spring in and hold mosquito screen in the portholes and canvas constructions to discourage them from entering through hatches and the main companionway.

With the autopilot back in commission (stand by for more disheartening news on that front), there was nothing to hold me back from departure other than a provisioning run, saying goodbye to so many new friends, and paying my marina bill. If it would only stop raining, I'd get on with it.
Comments
Newer Older
Contents