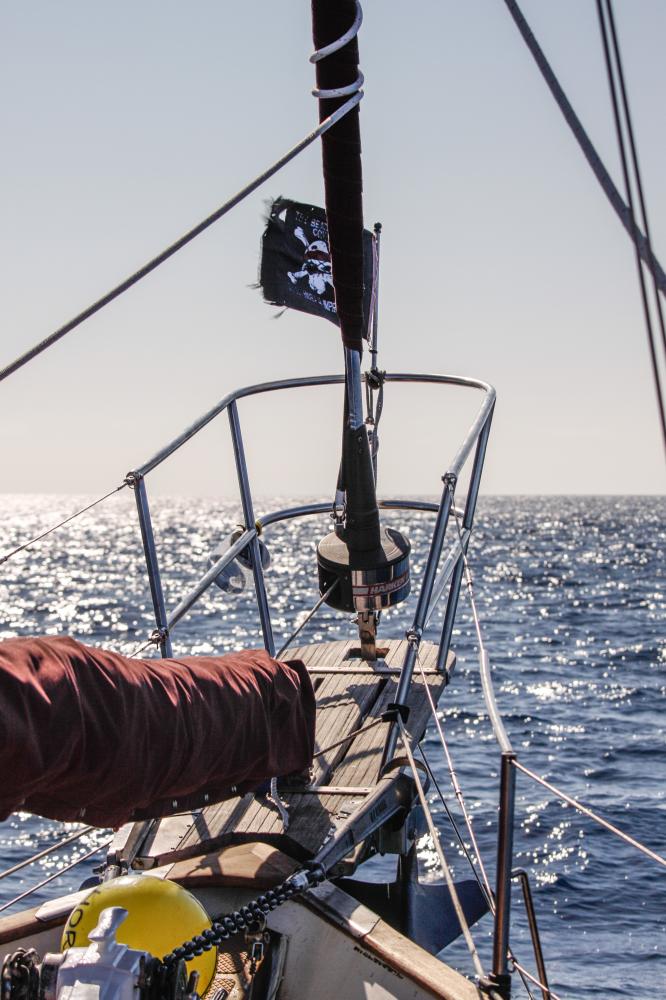 This may the the third or fourth time I've made excuses for not keeping up this blog. This time I think any attempt I might make to resurrect sequential details of my cruising life of the past four months would turn out to be hopelessly inadequate, so I won't even try. Instead, my plan is to assemble this recovery from delinquency topically, not sequentially, so don't be surprised if the timeline jumps back and forth and characters appear and disappear in haphazard fashion.

For those of you insistent upon a sequence on which to hang my travels, you should explore the standard map function in the blog which connects the location dots in order of travel. I further encourage you to install the Google Earth Plugin available for Windows and Mac OS X platforms by which you can access satellite images of the many pretty bays that have hosted my anchor. Clicking on the icons in either map version will take you to associated blog entries when they exist.

It's appropriate here to re-explore the purported reasons for my delinquency at keeping up with blog posts. Well, appropriate or not, I feel guilty about it and can't keep myself from fabricating excuses for those of you who might feel slighted by my abandonment. The fact is that it's an amalgam of distraction, laziness, and inconvenience that keeps me from the keyboard.

Inconvenience is my most legitimate beg-off. After all, the ports I usually find myself drifting in, both literally and figuratively, only occasionally boast WiFi signals, and then typically weak ones at best, even in marinas. Even so, I should not be forgiven because I've never been powerless to power up one of my electronic brains and engage my organic one to record a day's events and inspirations for later remittance to the ether. Guilty on first count due to negligence.

Distraction may be my most forgivable sin, though that probably won't console my inconsolable throng of readers. Surely I can spare an occasional hour or two from gazing with glassy, ease-lidded eyes over aquamarine waters at amber sunsets and rocky bays rimmed in rose-red sandstone that is studded with cactus under the aerial reconnaissance of boobies, frigates, and osprey. Guilty: second count.

Laziness? Well, laziness is the eponym of the cruising life, so if any cruiser is to maintain his or her links with the outside world, what excuse can laziness be? After all, we cruisers live a life of envy for the typical office-bound land lubber, so a jury of those peers would surely not forgive reticence of this sort. Guilty again.

So, convicted on three counts I vow (snicker, snicker) eventually to serve my sentence and execute my penance after whatever fashion I can contrive that doesn't require too many lies and fabrications to fill the blanks of my memory.
Comments
Newer Older
Contents