21 August 2015
Roy / Sunny, hot and humid
[This event dates back to the first half of March, but the summer lightning and thunder storms here in Mazatlan brought the imagery to mind and I share it with you now, however late.] 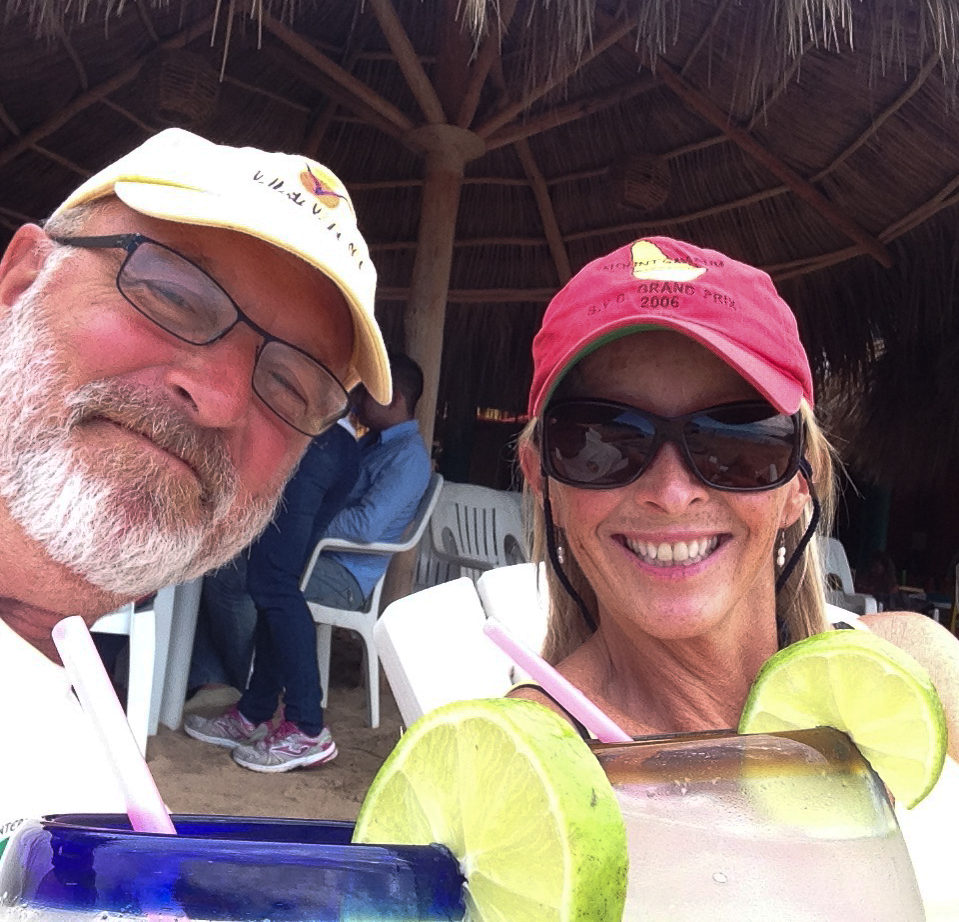 The sound of crumbling granite bellowed from the skies, tearing a ragged hole in the windless afternoon. It growled, grinding and rumbling, as it tumbled down the hills and rolled out of the lush tropical valleys that build this rugged stretch of mainland Mexico's west coast. The flash of lighting that had heralded it had been cloaked by an escarpment of rain that was closing in on Mabrouka as we motor-sailed her northward along the dark, jagged shore we knew was hidden a half-mile to our starboard. Heather and I searched for physical references that could affirm the position given by our chart plotter. The encroaching downpour was quickly cutting our visibility and actual locations from electronic charts are notoriously inaccurate in this part of the world, so the tension between us cried out for reliable guidance toward a safe haven. Where exactly did that pinnacle of rock stand? We feared it as a threat, but contrarily sought it out as a guidepost to Chacala Bay whose shelter was teasing us with symbolic security somewhere less than a mile off the starboard bow?

Security, in this instance, was indeed only symbolic. Who can hide from a lightning strike? Wind, rain, and heavy seas can be dealt with in measures by preparation, sail configuration, strategies of avoidance and, if all else fails, sheer determination, but the instant calamity of a thunderbolt to the mast offers so sudden and unpredictable a threat that only theoretical arrangements of cables and plates can even make a joke of safety. Heather had been diligent in putting the handheld GPS, laptops, cell phones, and portable VHF radio in the microwave and the main and mizzen sails would soon be dowsed and secured. All that could then be done was to seek the slight comfort offered in the bosom of the nearby bay and the semi-surety of our anchor's firm grip in that sandy bottom.

My confidence in our approach was firm, but not unshakable. I'd been here before and could not recall any particular dangers lurking beneath the surface as we headed in toward shore, ...that is, except the shore itself. That was the problem. The rain, now in competition with Niagara Falls, had eliminated all visual and auditory input except the pounding of my heart in my ears. I was forced to rely on the boat's electronic senses, the iffy location vouched for by the chart plotter, and the water depth continually displayed on the sounder. They told me nothing of other boats that might already be sheltering in the bay. Mabrouka doesn't have radar.

Fifty, forty, thirty feet of water with visibility about the same, except in reverse order. When I'd anchored here before it had been in a depth of twenty feet or so and well outside the surf line. Graciously, the weather gods relented enough to give me my bearings. The face of the bay still reflected the ash-grey color of the sky and its skin was given a mottled teenage texture by the heavy rain drops, but I could see that the waves tumbling ashore were a hundred yards away and only a few other boats were swinging on their anchor lines nearby. Plenty of room to drop the hook for the night. Ahh.

[Heather had sailed northward with me out of La Cruz. We'd originally become acquainted by email not long before I'd headed out of Seattle on the Coho Ho Ho, swapping sailing resumes with the prospect of her joining up as San Diego-bound crew, but life got in the way. Then we happened upon each other during the Banderas Bay Regatta and, after getting acquainted in person, she agreed to help me sail Mabrouka back up to Mazatlan. Heather is a licensed captain and comes with an impressive sailing resume not to mention an attractive appearance and a pleasant personality. I hope to have her come aboard Mabrouka for more cruising in the future.]
Comments
Newer Older
Contents