With our winter contract at Ragusa starting from 1st October we were in no rush to leave the excellent and well sheltered anchorage of Siracusa. We weren't the only ones hanging around before making the final push to a winter destination so the anchorage was quite busy with yachts of all nationalities - Maltese, British, Dutch, German, Greek, Austrian, Swiss, and Norwegian with several heading towards Ragusa to winter.

Bruce took the opportunity to clean off the props, shafts and mow the hull for one last time which was covered in a layer of slime interspersed with areas of barnacles. We're actually extremely pleased with our choice of antifoul, International Micron which is now 2.5 years old since being applied but the self-polishing aspect is no longer working. A lift is now on the cards for early next season probably in Malta.

From a cruiser's point of view, trips ashore were done in the mornings because by most afternoons the wind created a short chop across the bay and a wet dinghy trip back. Thankfully conditions improved by late evening. Overall we slept pretty well with only two days where we felt the slightest of swell roll in. Reprovisioning wasn't an issue with Lidl and a Famila supermarket just a short walk away plus there's a chandlery 'ARS Nautica srl', a DIY 'Bricocity' and a laundrette. We even managed to replenish our gas from a shop just off the bridge on Ortigia island. The only real challenge was finding somewhere safe to leave the dinghy but after a recce of the area, we decided to leave it chained to a bollard near the Guardia Finanza just a short walk through a car park to the centre. Dinghy theft is reportedly rife in the immediate vicinity and out at the anchorage but we didn't hear or see anything untoward. view over the town quay and across to the anchorage

Under ancient Greek rule, Siracusa was the most important city in the western world given its central position on the major trade routes. The city is still divided between its ancient hub, the island of Ortigia and four mainland quarters. Ortigia is the heart and soul of Siracusa. With over 2,500 years worth of history, we barely touched the surface but thoroughly enjoyed spending time strolling around the defence wall that surrounded the island of Ortigia before we headed through a maze of cobbled streets and alleys lined with Greek, Roman, medieval and Baroque mansions and palaces. Piazza Archimede, its centrepiece a 20th century fountain depicting Arethusa (the symbol of Ortigia) at the moment of her transformation into a spring... what imagination - we love the ancient Greeks!

Archimedes was born here and there's a museum solely dedicated to his inventions. On the outskirts we passed the outdoor market selling fruit and vegetables followed by a cluster of unofficial stalls where locals sell fish, sea urchins and even more seasonal vegetables.

A visit to the modern side of Siracusa didn't disappoint either. Dominating the skyline is a church that houses a statue of the Madonna that allegedly wept for five days. The church is supposed to resemble a giant teardrop. Sanctuary of the Madonna

It's a curious structure from afar but closer up we concluded that it would be far more suited as a new rocket out of the Thunderbirds!

For €10, the archaeological site of Neapolis gave us the opportunity to visit a Greek theatre, a Roman amphitheatre, the Ear of Dionysius and ancient stone quarries as well as some beautiful local flora. Built in the 5th century BC, the Greek Theatre is one of the largest in the world with a diameter of just under 140m A Roman amphitheatre, now overgrown but once the scene of bloody gladiator fights the ear of Dionysius, a limestone cave carved out of the hillside and shaped like the human ear. Famous for acoustic properties that amplify even the quietest of sounds, allowing them to be heard through an opening at the top, some 72 feet from the ground.
More
Comments
Newer Older
Contents 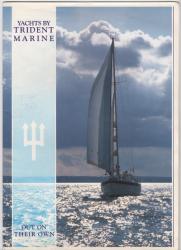