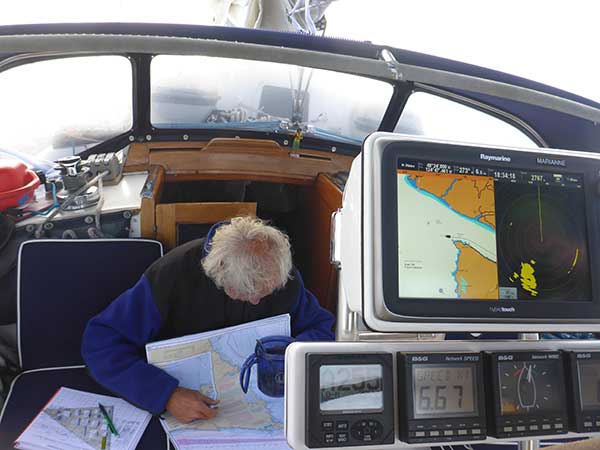 Hello from Newport, Oregon, where we've ducked in to wait out a gale that ran from northern California to southern British Columbia. Since we're hanging out at the dock with wifi, we're taking this opportunity to update our blog with the first leg of our trip.

Future posts may not be as long or have as many photos, but since many friends and family are asking what it's like out here we thought we'd share a few details of how our past week went down:

After leaving Seattle on Saturday, August 22 to head to the Bob Perry Rendezvous in Port Ludlow, and hanging out with friends old and new that night, we moved on to Port Townsend on Sunday for final boat prep.

Much still to provision and stow, and then we had to wait for paper charts to arrive via UPS for WA, OR, and Northern CA on Tuesday. We have electronic charts, but always want paper ones for redundancy, and somehow our paper charts for WA, OR and Northern CA went missing before we left Seattle, along with several other items?? SO THANKFUL for our crew, Sandy, John, and Mike plus several of our local friends who came to help with running errands and last-minute items. 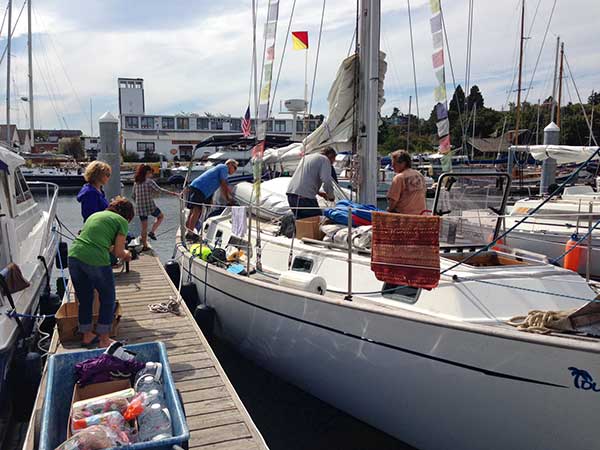 Sandy McCrae is an old sailing buddy of ours who lives aboard his Spencer 35. He and Kirk have done many deliveries together down the west coast of the U.S. John Carscadden and Mike Coleman are both old work-mates of Heidi's from the software days at Aldus. Sandy, John, and Mike all raced with us for several seasons. Then John and Mike both bought their own boats, a Sweden 36' and a Bavaria 34' respectively, and are eager to get some off-shore experience under their belts.

The day before we left the dock, it looked like a hurricane had hit the inside of Due West! Luckily everything was stowed away using Heidi's Tetris skills. 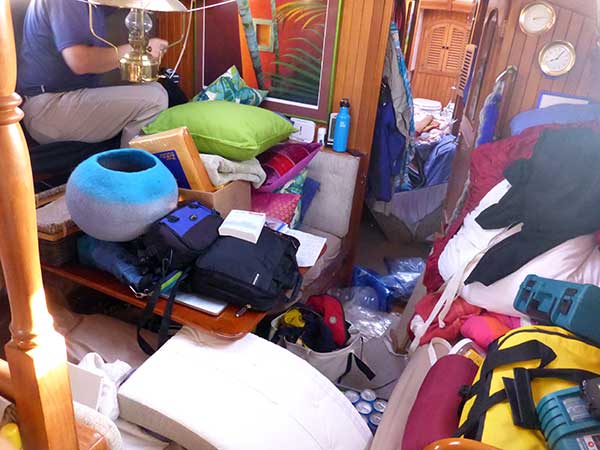 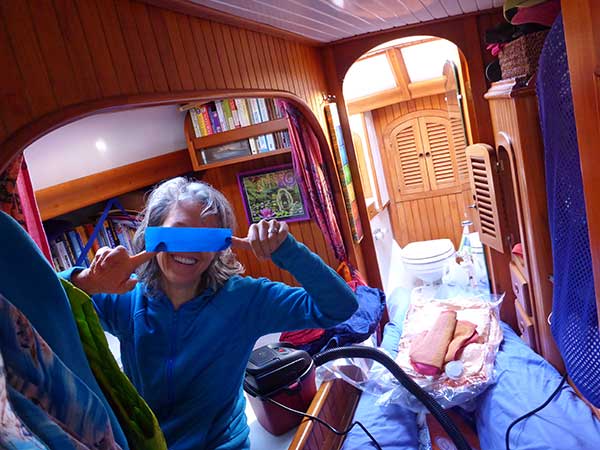 Mike installed the lee cloths to keep us all in our bunks while heeled over. 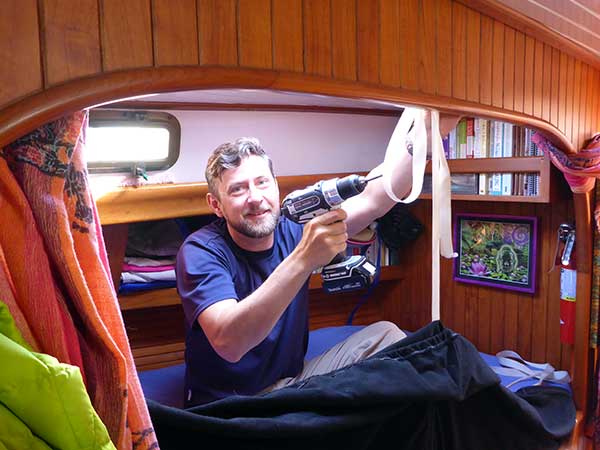 And then there was the late-breaking discovery of a minor diesel leak on Tuesday morning, luckily Kirk and the crew did quick recon and repair.

Sandy and John manually transferring fuel before fixing the leak. 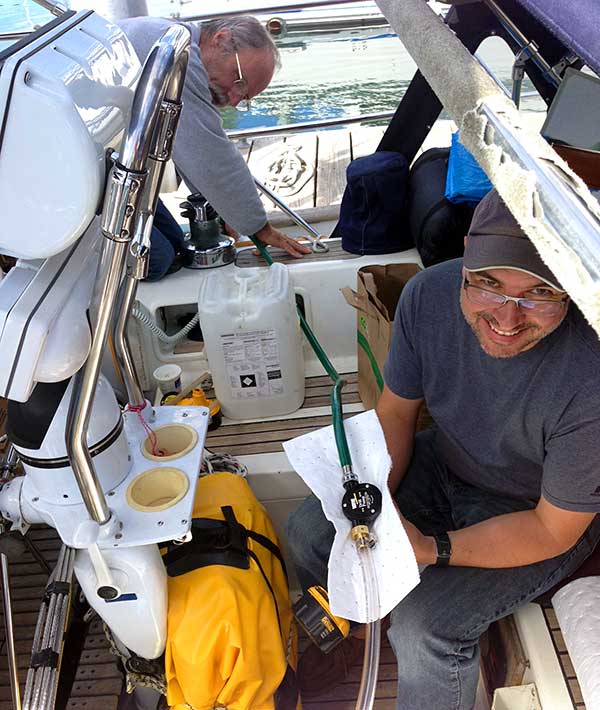 Charts arrived and we readied Due West to leave Point Hudson Marina in Port Townsend at 0330 on Wednesday morning hoping for calm winds in the Straits with an early morning departure. 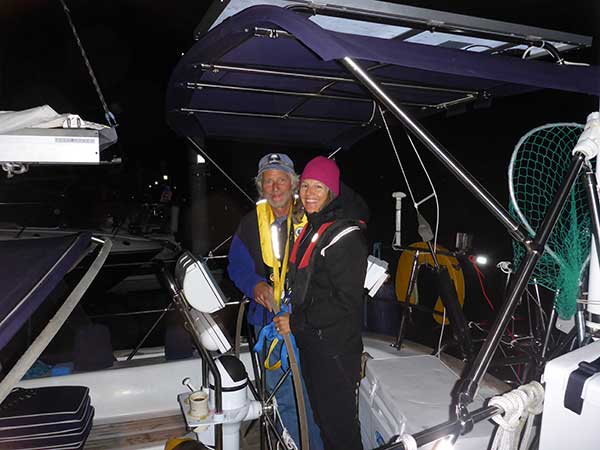 The winds were light, but the big flood against the wind made for large choppy seas and after an hour of pitching up and down, we turned back to wait in calmer waters for a tidal turn. By 0500 we were headed back out the Straits in much calmer seas, what a difference an hour or two can make with the tides!

The trip out the Straits was uneventful except for a few distant whale sightings, pretty sure they were humpbacks? Not much wind so the calm waters were perfect for driving in circles to initialize our new autopilot. Once it was set up, we let the autopilot do the driving, while Tosh navigated. 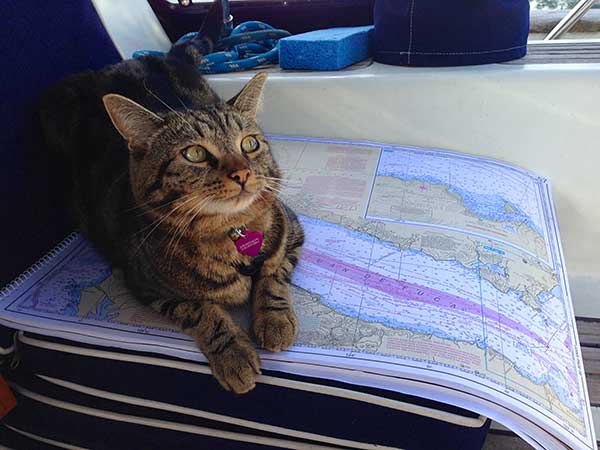 We rounded Cape Flattery and Tatoosh Island for the big south turn at 1830 and had a gorgeous sunset for our first night at sea. 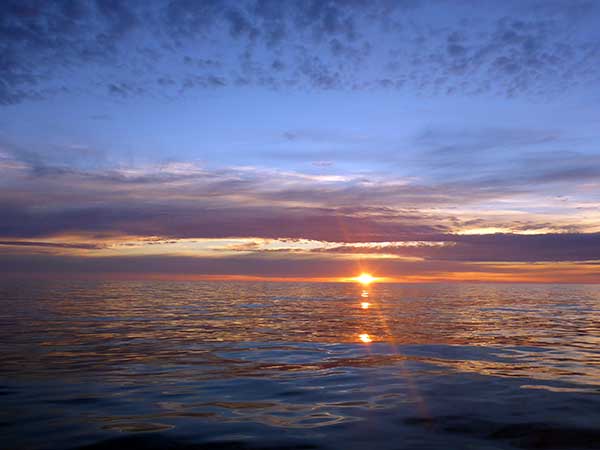 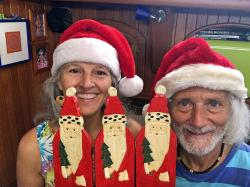 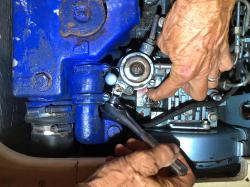 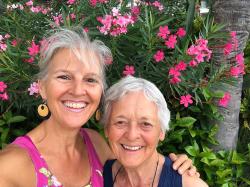 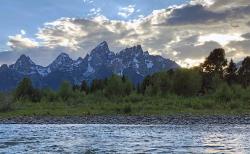 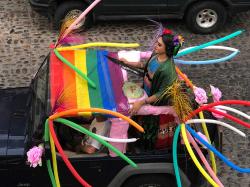 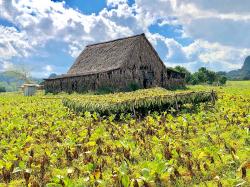