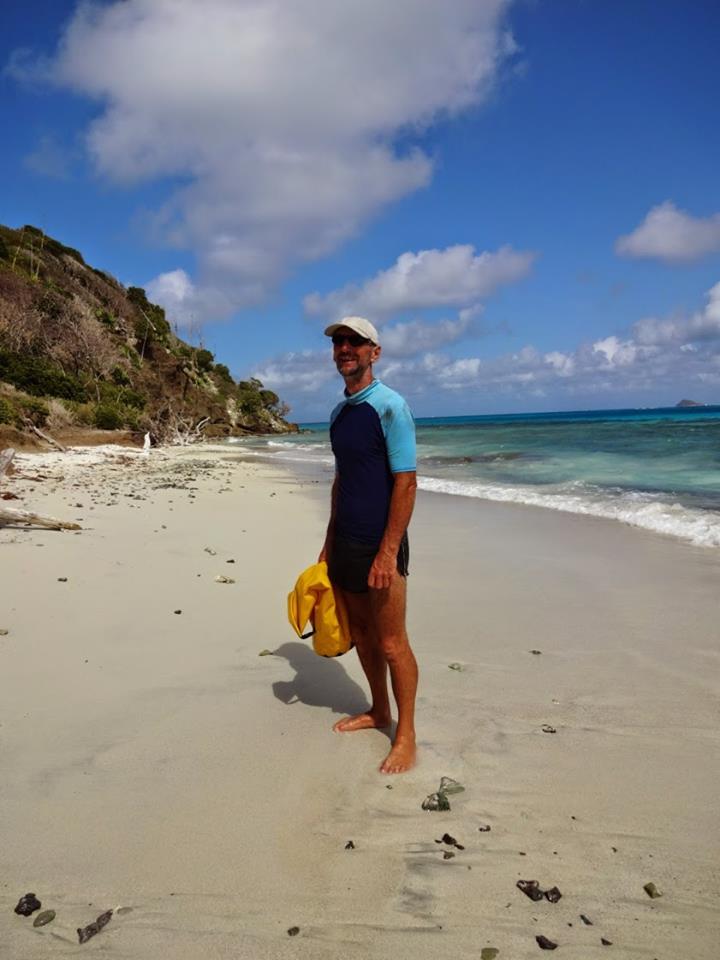 On the beach: Mark on the beach on one of the Tobago Keys. We saw tortoises, iguanas and even a snake on our hike.
Added 19 June 2015