To the Sunshine Coast Well, October did turn out to be the rainiest month on record... 28 of 31 days! And November started out the same. So Estelle sat at the very comfortable docks of the Vancouver Rowing Club in Stanley Park, downtown Vancouver, waiting for a break in the weather to head to her winter home in Pender Harbour.
Neighbors in Whistler, hearing that we were looking for a winter berth, offered us their empty dock in Pender Harbour, about 60 miles north of Vancouver, and we quickly accepted! The only problem was getting there! With the rains, the marine forecast was filled with gale warnings, so we just sat tight.
Finally, a short two day window appeared, and we headed down to Vancouver to stock up for the short two day trip.
On Nov 8th, we made final preps for the trip, and in the evening walked over to watch the US election results with friends Howard and Lynn Bradbrooke. We met Howard and Lynn in Panama and cruised north with them, and followed their lead in shipping Estelle across to BC. Their boat, Swift Current lies in the Royal Vancouver Yacht Club's Coal Harbour marina just feet from Estelle.
Staring glumly at the depressing forecasts, we called Howard for "local knowledge", and he steered us in the right direction, pointing out the narrow window.
So we walked over to their nearby home to (we thought) celebrate the US election. But we all know the result, so I'll ignore that part of the evening. Other than the election results, we had a great evening.
Next morning, after the rain stopped, we topped off the fuel tanks and headed out First Narrows and north west up the coast. Early afternoon we tied up at one of BC's many marine parks, Plumper Harbour, and hiked an excellent 5 km path through the "temperate rain forest". Back aboard we turned on the Espar for warmth and to dry out the boat. A quiet evening celebrating out first BC cruise. 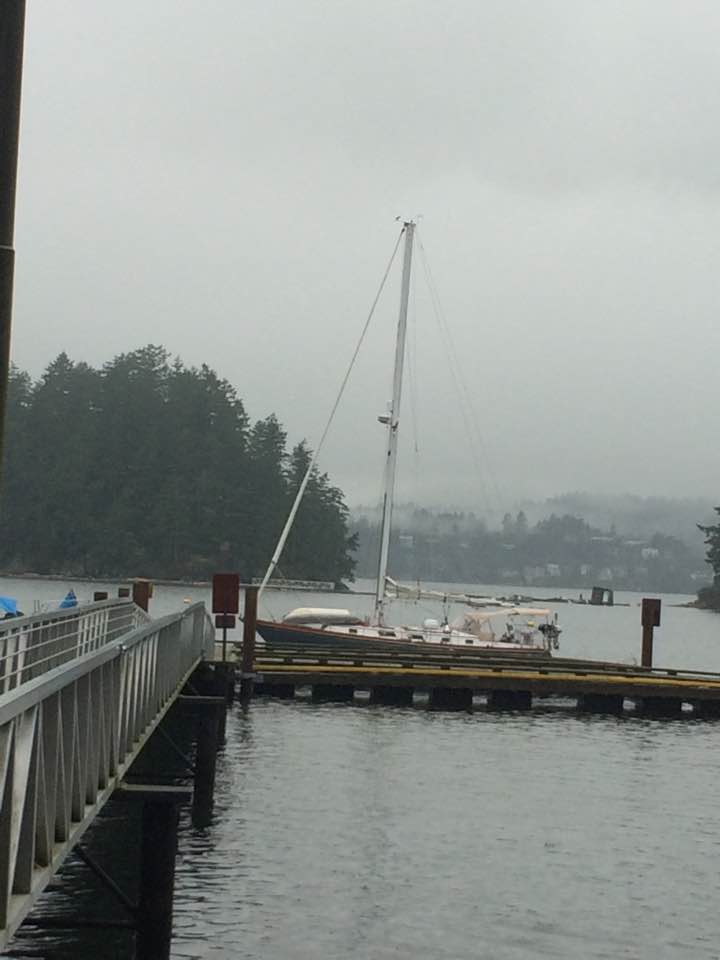 Estelle at Plumper Cove
In the morning we were off and up the coast. We only met one sailboat, heading south towards Vancouver.
Passing through Welcome Passage we reluctantly passed such intriguing anchorages as Smugglers Cove and Secret Cove, leaving them for next summer. Our objective was to get Estelle settled in Pender Harbour before the rain returned so we pushed on. 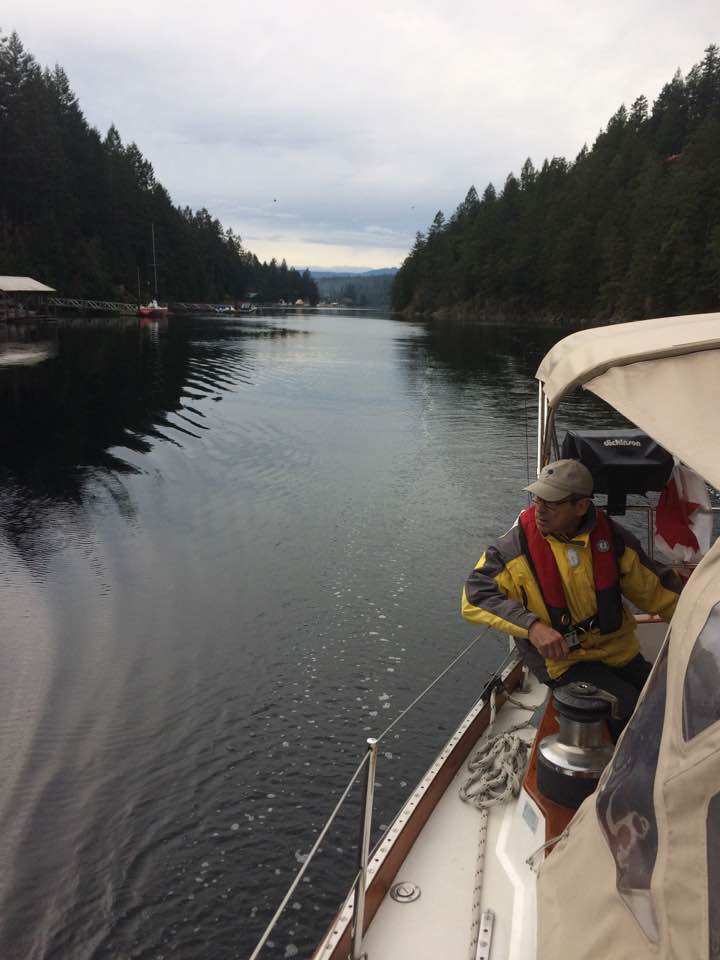 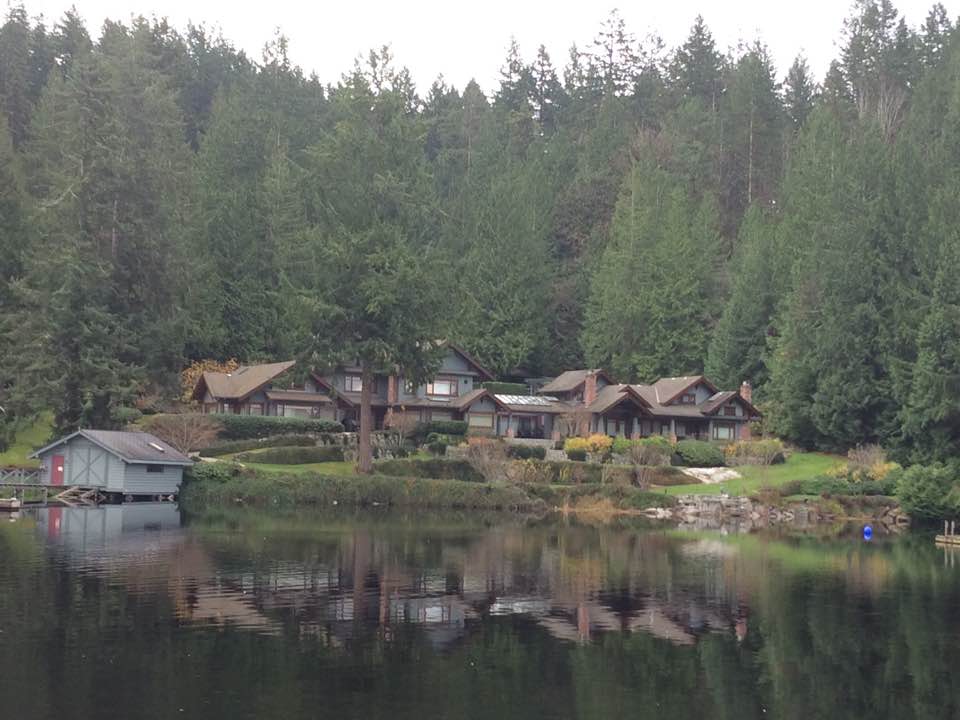 Estelle's winter home
Safely tied up, we took off the sails and arranged a heater and de-humidifier below, and Estelle is set for the winter!
Next spring, the BC coast awaits!!
More
Comments
Newer Older
Contents