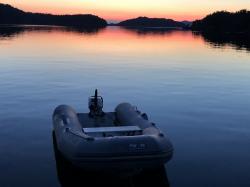 August 15th - 26th
If this is your view off your bow, you know you are not having a good day.
From Port Harvey, we ran down Johnstone Strait in calm winds and a flooding current. But it wasn't until we entered Race Passage that we felt the effects where our speed picked up to over ten knots. Through Race Passage, we headed up Mayne Passage and took a berth at the Blind Channel Resort. 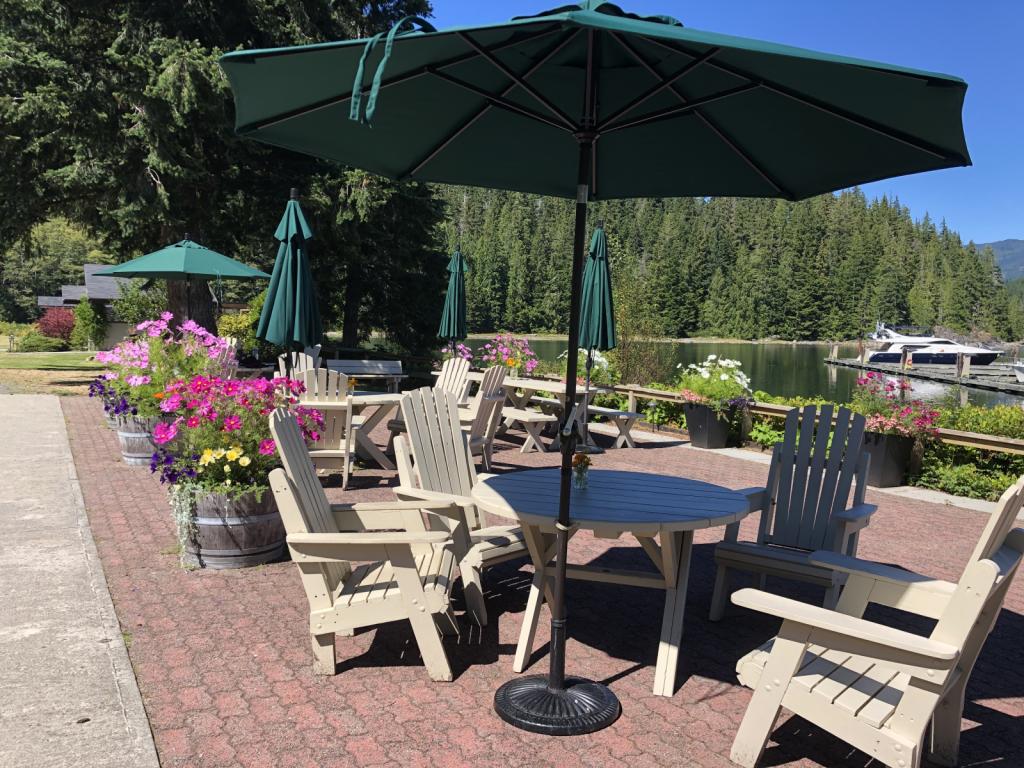 We re-stocked from their store, mainly ice for our still non-functioning refrigerator. Then, after a hike on their excellent trails, the main event... Dinner. Blind Channel Resort in well known for its restaurant and we were not disappointed. 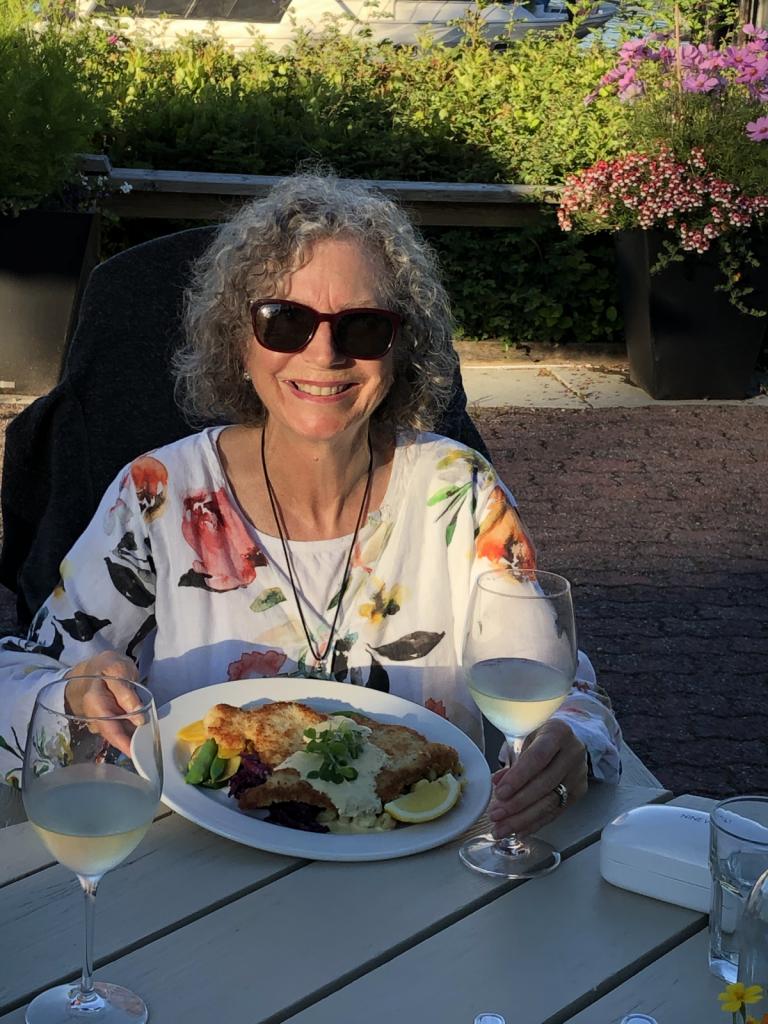 Plans for the following day were to head for Small Inlet in Kanish Bay. But just as we were turning in, we passed through a small tide line with some small sticks and seaweed as the propeller began to make a pounding sound, and shuddering. We had obviously picked up something. After a few failed attempts to free it, we resigned ourselves to a tow. We called the boatyard at Campbell River who gave us the number for Rob Sumner at CR Marine Assist in Campbell River, 15 miles away. Within an hour we were underway and by late afternoon found ourselves back in Discovery Harbour Marina for another unplanned visit. In the evening I located a diver and next day we were off again at noon, no permanent damage, except to my wallet! 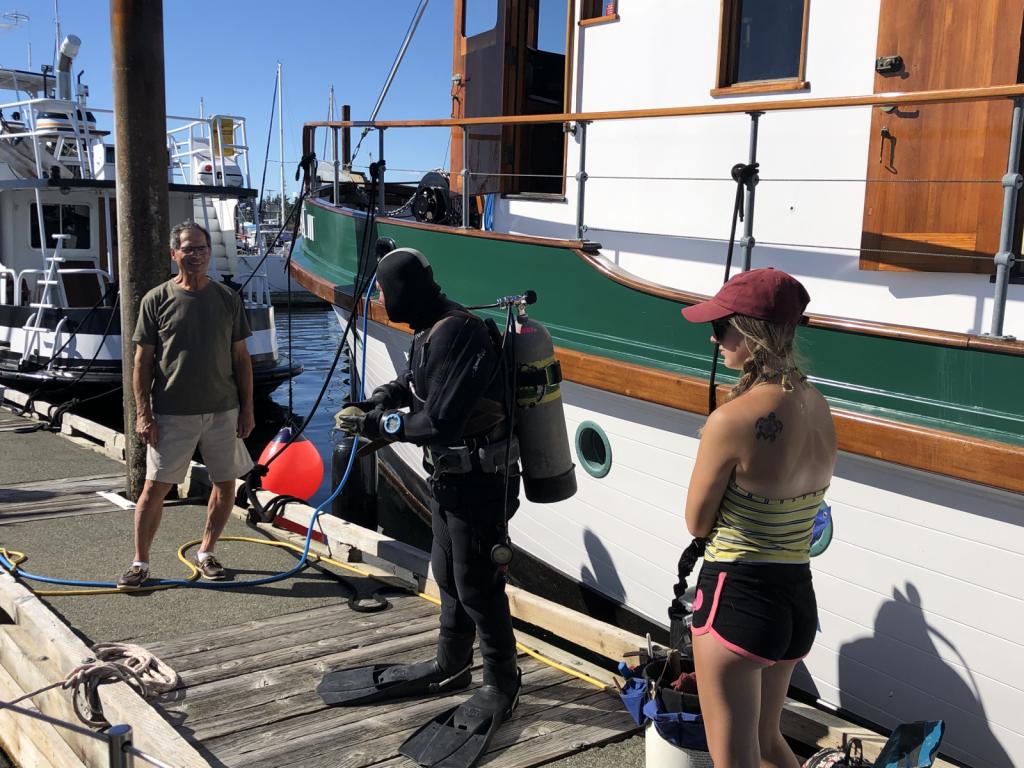 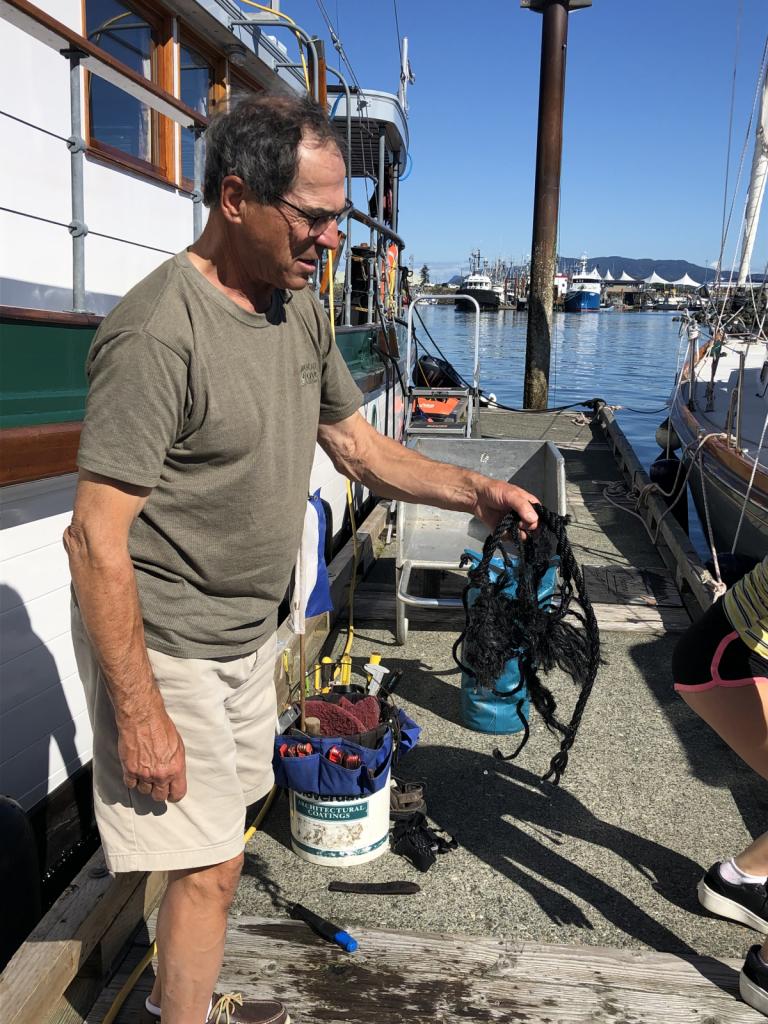 Propeller Freed!
From Campbell River, we enjoyed a beautiful sail up to Von Donop, then through Hole in the Wall to Waiatt Bay.
Here we met Howard and Lynn Bradbrooke. In the morning we hiked up to Newton Lake, a vigorous hike, for some swimming, well Howard and Jeannie. Lynn and I just watched. 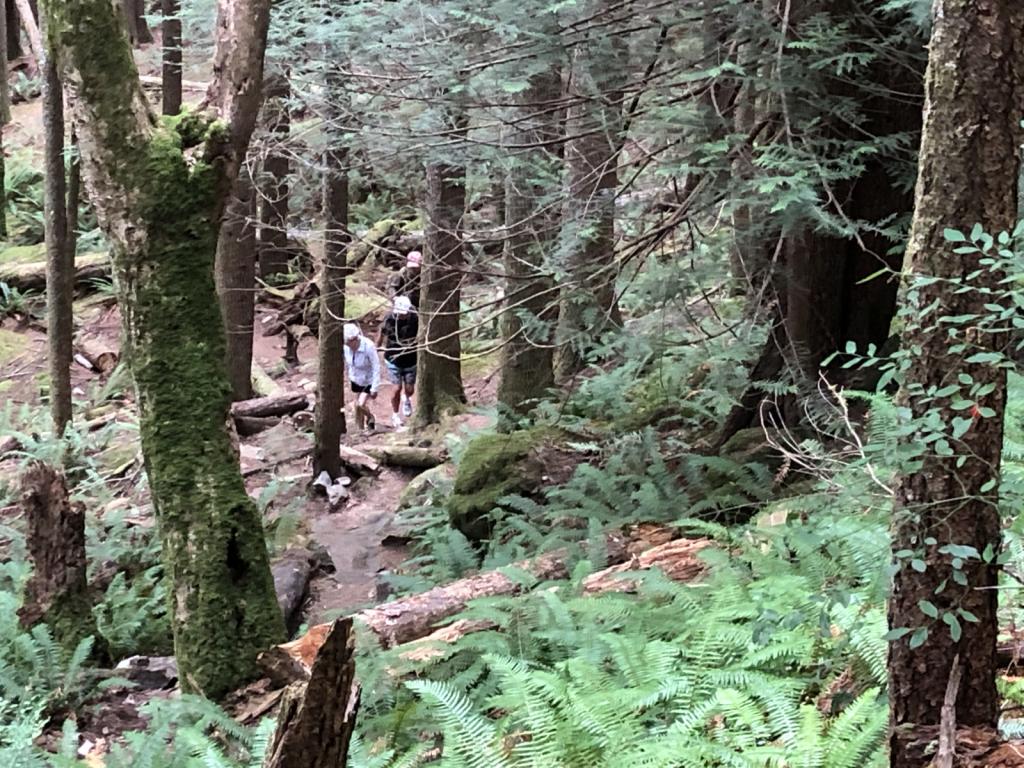 Hiking up to Newton Lake

And after two nights, back to Squirrel Cove to wait out some bad weather, and south. A spinnaker run to Texeda Island Boat Club, a favorite stop, and another the next day to Pender and dinner at the Painted Boat Restaurant to celebrate a great cruise. Next evening we were back in our slip at the Vancouver Rowing Club, cruise over. 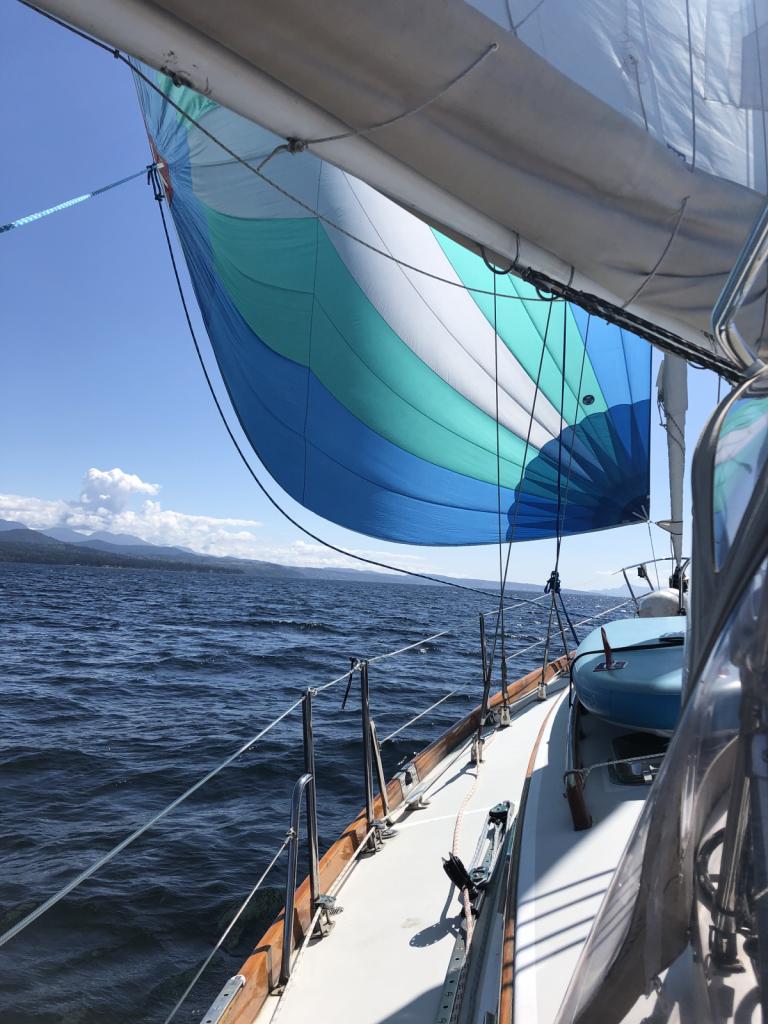