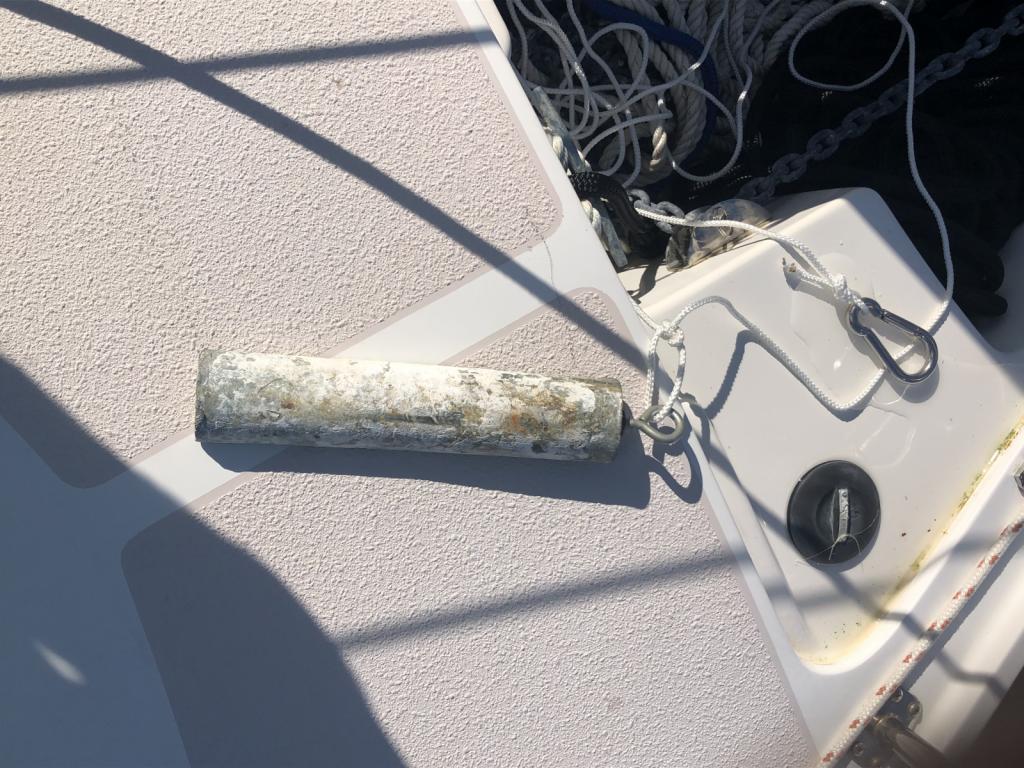 Kellet for anchor rode: A lead weight on about 20 feet of line. It is hooked on your anchor line and slides down the rode. It puts a vertical load on the rode to.help the anchor stay dug in and acts as a shock absorber on the rode. Also helps a little to minimize the boat sailing at anchor. Best part is that it is pulled in before weighing anchor so it’s weight is not part of hauling up the anchor
Added 9 April 2021