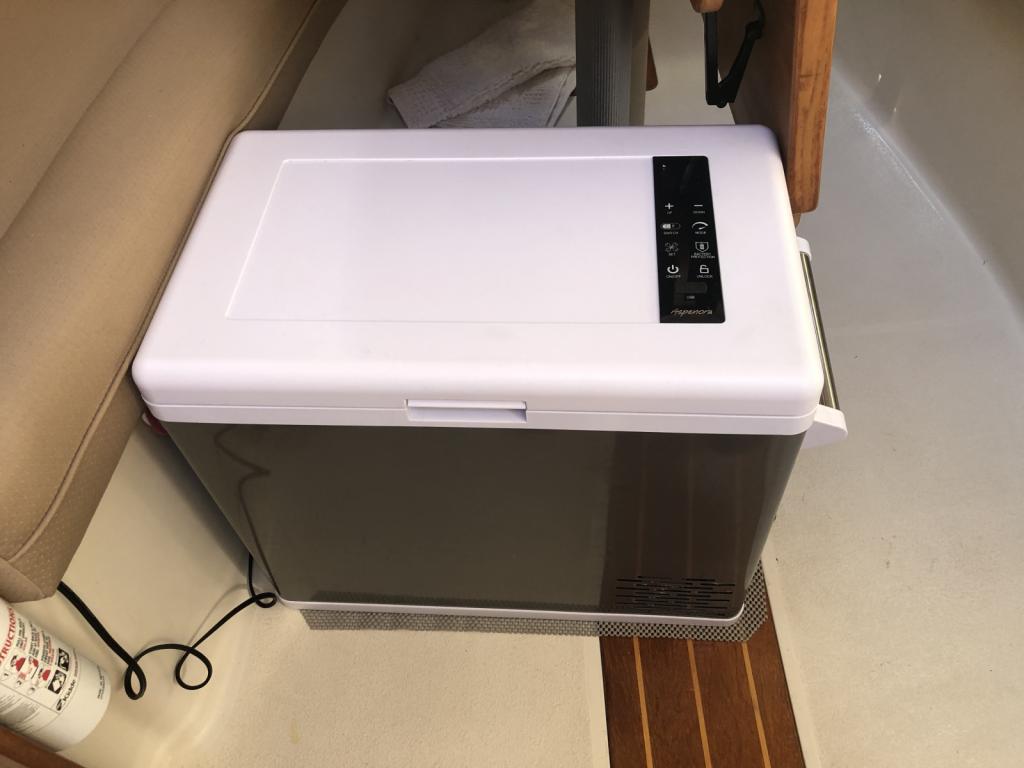 52 quart powered cooler: Cooler/freezer by Aspenora. Has a compressor that cools or freezes 40 to 20 degrees. Only draws 4 amps when working. Costs half the price of similar Dometic or Waco coolers. I’ll report more after a month of use.
Added 9 April 2021