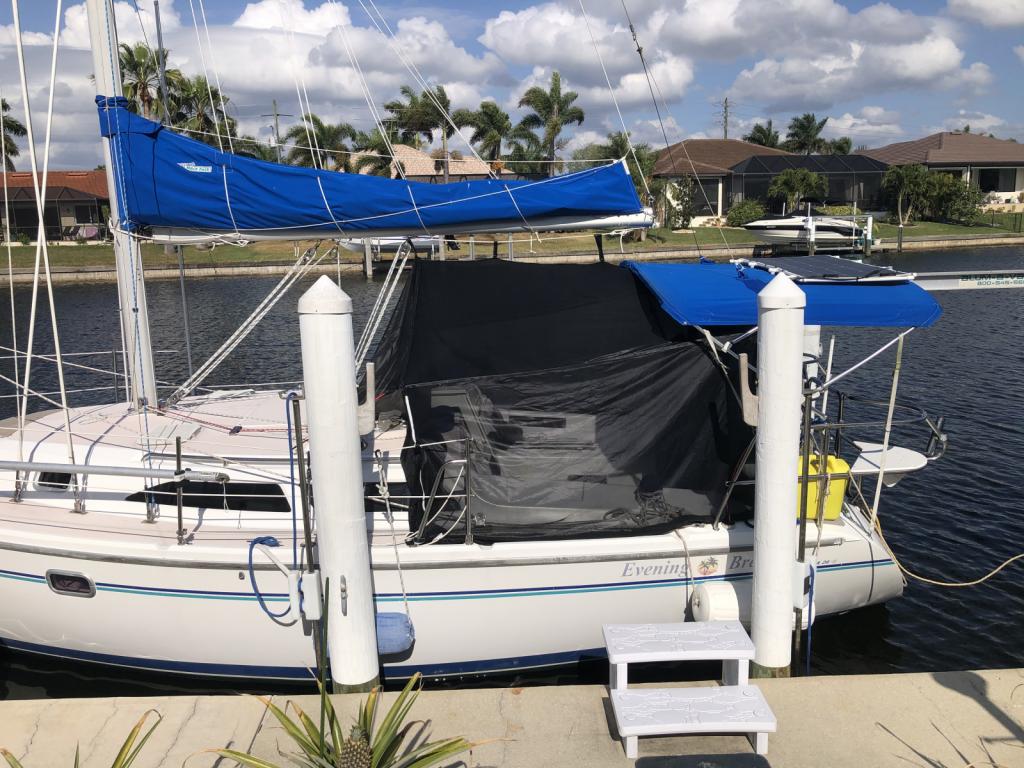 Mosquito Tent: Made the tent with no-see-um fabric to keep out the bugs in southern Florida. It hangs under the boom and Bimini. Zippers on forward port side and behind helm. It is attached with snaps around the companionway and at each aft corner. The bottom where it sits on the deck or floor is weighted with rope to keep it sealed to the deck. Similar to one I made for Serenity but there I had a full Bimini and just snapped on side walls.
Added 10 April 2021