Papagayo as home base & Howler Monkeys 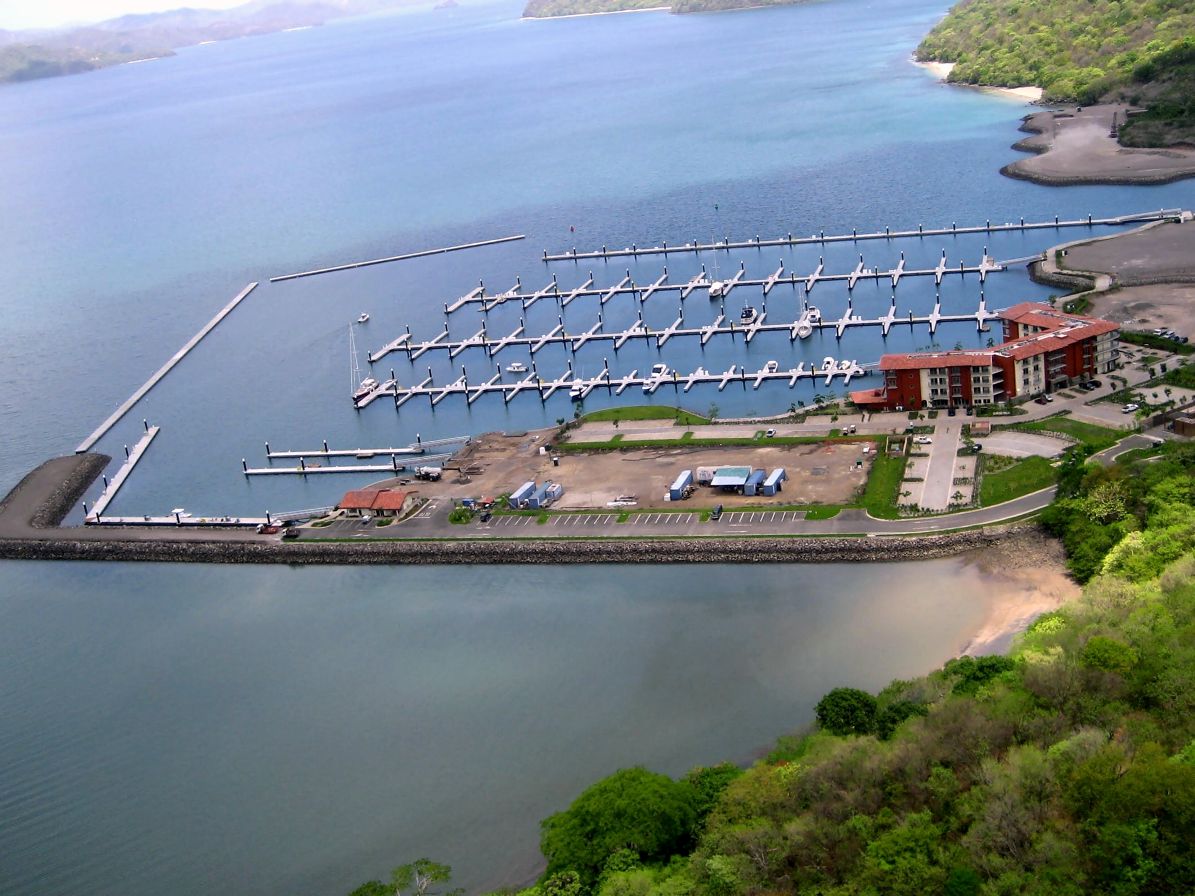 We're keeping Papagayo as our home base for the next ~8 months. It really wasn't in our plan and we'll have to have the marina do the Exoneration paperwork which extends our temporary import permit to two years. By staying here we'll be able to do some inland touring and do "local" sailing in the Costa Rica waters until we leave for Sweden at the end of April (our visitor visas expire on May 2nd). The advantages of slowing down and enjoying where we are make it worth the additional expense.

When we come back next fall we'll cruise the western Panama coast and islands before finally heading through the canal in the spring and on to Shelter Bay Marina on the east coast of Panama. It is a huge change in plans but then we don't really have plans, just general directions.

Last night we had a pot luck dock party organized by Ann on A440 (the name comes from perfect pitch in music). It was a great get together with tons of food and probably more than 20 attendees, not counting Riana (a doberman), Luka (a daxhund), and Quinn (a Portugese waterdog). Both cruisers and marina friends attended and it was really interesting to hear how different people and lives ended up here at this time in this place.

During the evening I asked Dan (the marina manager) if there were poisenous snakes or animals to worry about and he said "yes, they are all poisenous". There may be snakes that are not poisenous but there is no sense in trying to figure out which are which. He also confirmed that there are scorpions and other critters. I think it was Richard and Ann who had been out kayaking and a snake kept following them until they managed to outrun it. Dan told Richard that the sea snakes are poisenous but you don't have to worry about them because you won't even reach shore if you get bitten !

It turns out that the name of the bay we are in is Bahia Culebra which means bay of snakes. Oh, did I mention the crocodiles ? Yes, they are here too. No wonder people come here ... to play golf !

This morning we finally got to see the howler monkeys. Now that we know what to look for we wonder how we missed them until now. They sure make a big noise compared to their rather small size. We suspect that it is only the males that howl, pretending to be many sizes larger than they actually are. We haven't yet seen any of the whitefaced monkeys but there are supposed to be a whole bunch of them too.

When we went for the Yamaha break-in tour yesterday we also spotted some magnificent iguanas along the breakwater. Some of those guys are really big and they do look like something from millions of years ago. It is strange how a lizard like that can come across as really pretty, but they are.

Since we are slowing down we are taking the time to really look around and it is a nice break from the harrowing trip down here. Very nice !
Comments
Newer Older
Contents