Yes We Are Still Alive Wow, it's been almost two years since we last posted something on our blog. We are still cruising in Mexico but got a little distracted. After spending the whole summer up in the Sea of Cortez during the first year we discovered that it was just too hot to stick around during the summer months. 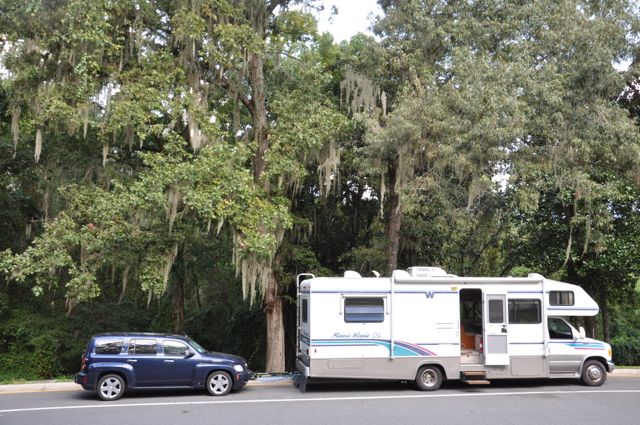 We decided to split the time in Mexico with the States, winter in Mexico and summer in the US so we bought a 30ft "Minnie Winnie" RV to do some land cruising. Of course we had to get a dinghy or as the RV crowd call them a Toad to tow behind the RV so we picked up a Chevrolet HHR, which is a small SUV. We keep the RV stored in Tucson, Arizona as it is close to San Carlos, Mexico where we store our boat and drive the Toad between Tucson and San Carlos. We now spend 6 months of winter in Mexico and 6 months of summer in the US. The first year we took the RV all the way to Florida and back, which included Alabama, Missouri, Georgia, South Carolina, Tennessee, and Kentucky. It was a pretty cool trip. 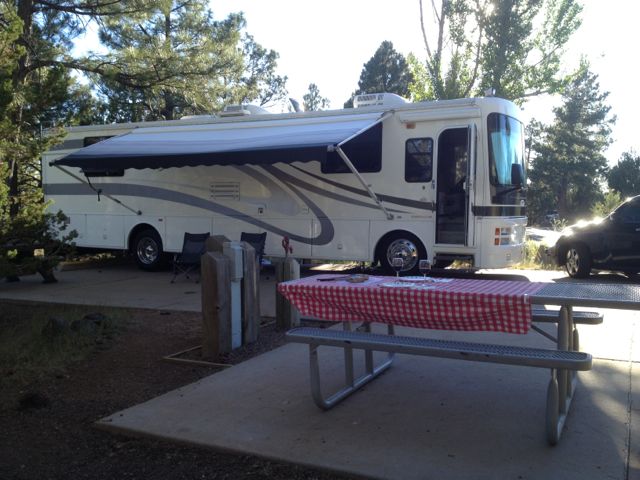 When we got back to Tucson we needed a part for the RV so we stopped into the Winnebago dealer in Tucson. While we were there Marilyn said, "Let's just take a walk around the used RV lot" so we did. You guessed it, Marilyn said, "I like that one". We are now the proud owners of a 37ft class A diesel motor coach. It is a Fleetwood Discovery motor coach It is like having a house on wheels. We now have a condo in the water and a condo on land. 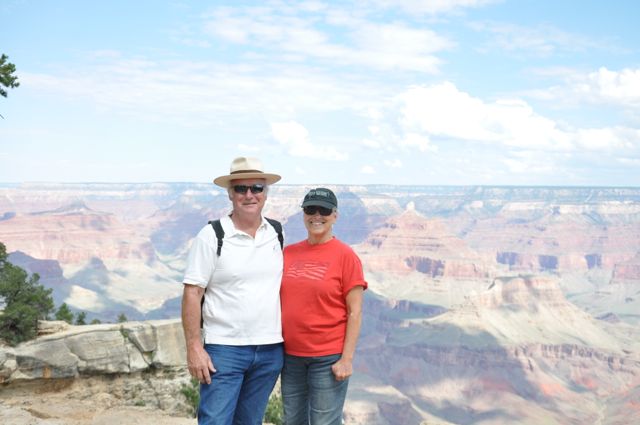 This last summer we took our motor coach through Colorado, the Black Hills of South Dakota, of course Sturgis during the big annual Harley motor cycle get together, Mount Rushmore, Crazy Horse, the Badlands, then back through the Grand Canyon. It was a great trip. 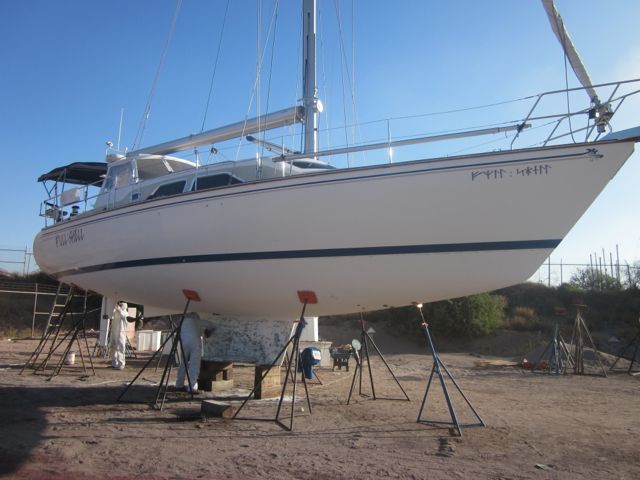 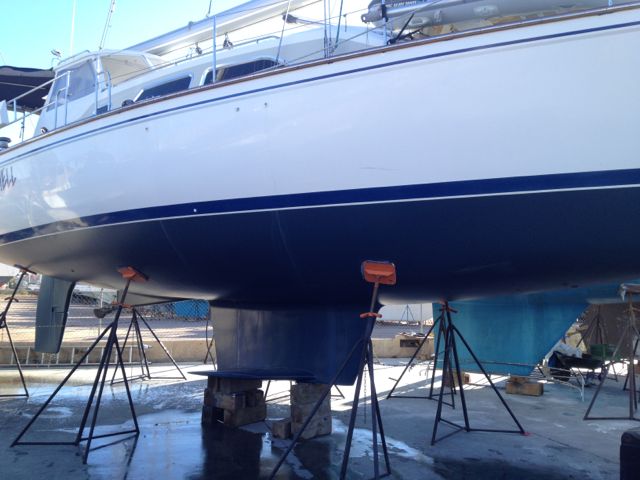 We are now back in Mexico for the winter season. We had the boat in dry storage at Marina San Carlos. While it was out of the water we had the bottom paint taken all the way down to the gel coat, a new epoxy barrier coat applied, then two coats of primer, and two coats of bottom paint. It was launched the 4th of January and after finishing getting everything ready we will push off and sail to La Paz, stopping first at Isla Partida.

It's In The Mail As the old saying goes "it's in the mail". We tried to search for a rebuilt injector pump and couldn't find one. These things do not fail - except for operator error. Chip on Miss Teak up in Dana Point even tried to get one from the Yanmar dealer up there. All to no avail. We bit the bullet and had Total Yacht Works, the local Yanmar dealer working on our dilemma, order us a new one from the main Yanmar depot in Georgia. If we missed getting that one then we would have to order it from Japan and who knows how long that would have taken. It only costs $3000 (cough cough) so it is going to be a short season with us only being on the hook until we pull out in June. Well it got shipped to California Friday and sent by truck down here. It should only take another 5 days to get here. It has to go through customs in Guadalajara which can be a pain as things get "lost" for a time. Any way "it's in the mail".

In the meantime, sitting in the cockpit looking at spectacular sunsets could not be any better a place to be stuck in.
Comments While tied up at the dock waiting for repairs, we have been watching a BIG tent going up across from us on the opposite side of the marina entrance. This thing was clear plastic and two stories high. It had chandeliers and a huge stage erected. Colored lights were set up to shine across the marina to light up the boats.

As it turned out, it was a wedding for the niece of the mayor of Mazatlan. There were 450 guests some great music and the most spectacular fire works that we have seen in Mexico.

We heard that it costs about $50,000 to throw this shindig on. There is money in Mexico.
Comments We invited Pam and Rick to help us celebrate our 50th anniversary tonight. We had cosmos and martinis followed by a grilled steak dinner and a special bottle of wine that Eric had hidden away for this special occasion. It was delicious. When we got married August 19, 1961, we never dreamed we would be celebrating our 50th anniversary in Mexico on our sailboat. We are still enjoying the cruising life and being together.
Comments We left San Juanico on 8/3/11 at 7:35 am and arrived at Loreto at 12:25 pm (26 miles south). We visited the historic mission church, Mision Nuestra Senora de Loreto and the museum next to it. This was the first of the 23 missions built throughout Baja and California. We found the hot dog stand in Loreto so we could compare them with the delicious bacon wrapped hot dogs we had experienced in Santa Rosalia. They were good but the Santa Rosalia hot dogs have the best buns. We had a very rolly night in the anchorage so I think Gerrit was glad to get off the boat when we took him to the airport to fly back home. It was great to be able to show Gerrit the islands in the Sea of Cortez that we love. I think he had a good time too!
Comments
Older
Contents