We made it through our first hurricane with no problems! Genevieve was a Category 3 hurricane that traveled just offshore west of the Baja Peninsula. We were lucky that the wind force we experienced was no more than a tropical storm.

Bob stayed on Gypsy and reported only a minor leak from one of the hatches. Around 12 a.m. there was a very strong gust that heeled Gypsy about 10 degrees causing a few items to get tossed around but nothing too bad. That was about the time the electricity went out. You will see when I post the pictures a downed telephone pole caused the outage.

I was in the rented studio. I had more leaks going on than Bob did! Both places were very noisy from all the wind and rain. The worst of it took place from 9 p.m. to 3 a.m. Sustained winds were about 35 mph and gusts up to 40 mph. I could tell there was lightning occurring outside but with all the noise I couldn’t hear thunder to tell how close it might be. Cabo San Lucas got hit worse but I haven’t heard any specific reports, just pictures of a lot of flooding. Here the flooding wasn’t too bad. The main walkway around the marina got flooded. Again, you’ll see in the pictures.

One of the things I found amusing about cleanup is what they did with the downed Elephant Trees. You will see pictures of them in the Gallery. They are very interesting looking trees. They are native to this area and have been planted along the marina’s water edge. The name comes from the look of the trunk. Like an elephant leg it is usually thick, stout and straight. Water is stored in the trunk similar to cacti. This makes it a drought tolerant plant and can go for extended periods of time without leaves. It is grey in color with thin bark that peels back and exposes green tissue. This is an adaptive measure so photosynthesis can occur. I had posted pictures previously of these leafless trees with their peeling bark and red resin. I was sad as I came across 8 trees along the path that were tipped over.

Back to clean-up, two of the trees near Gypsy were attended to by picking them up with a crane and putting them back in the hole from where they came. I can’t imagine the logic behind replanting a tree that snapped like a toothpick at its base. Yes they are drought tolerant but you would think they still need roots to absorb moisture and nutrients and, of course, for stability. Seems like a liability to just prop them back up. Another storm is sure to take them down again.

Overall San Jose del Cabo faired well through the storm. I was talking with a couple of locals, both had roof leaks and one, in Cabo San Lucas, had his house flood. This is all par for the course during this time of year on the southern tip of the Baja Peninsula - storms happen. They come and go and life goes on. Clean up is not fast and furious but evenly paced. In the big scheme of things hurricanes can be very damaging but their fury comes and goes relatively quickly, unlike other natural disasters, fires in particular. Our hearts go out to all in California and other States who are under siege from the fires. It seems they do not come and go as quickly. The stress of living under ash-filled skies while waiting to see how much the wind will blow, and in which direction, is agonizing. Those of you who are in it, good luck and stay strong.

The Greening of Baja 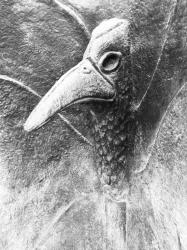 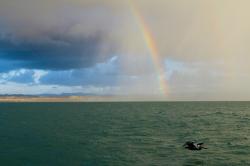