Cruising is about exploration and adventure as much, if not more, than boating. Don’t get me wrong, I love to sail. But we end up doing very little sailing while cruising in the PNW due to the narrow channels and seasonal wind patterns. And while long ocean passages are, well boring… motoring for hours on end through the inland passages here can be very stressful due to the plethora of logs, navigation hazards and inexperienced boaters. So the opportunity to get ashore and discover something new or challenging is something we cherish.
While in Tenedos Bay, Professor Harry aboard Sea Eagle pointed up to a Canadian flag atop a high cliff above our anchorage and said some old guys climbed up and put it there. I thought if they could do it so could we – right? Jody was unconvinced at first, but when fellow cruisers Bren, Clay, John & Kim wanted to go – we were in. 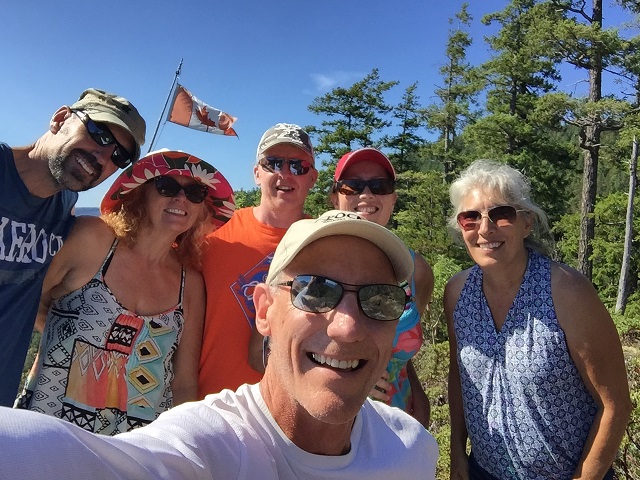 The climb wasn’t easy, but no challenge worth doing ever is.
Fortunately, some yachties’ have placed ropes in key places to make it less dangerous. And what a view! 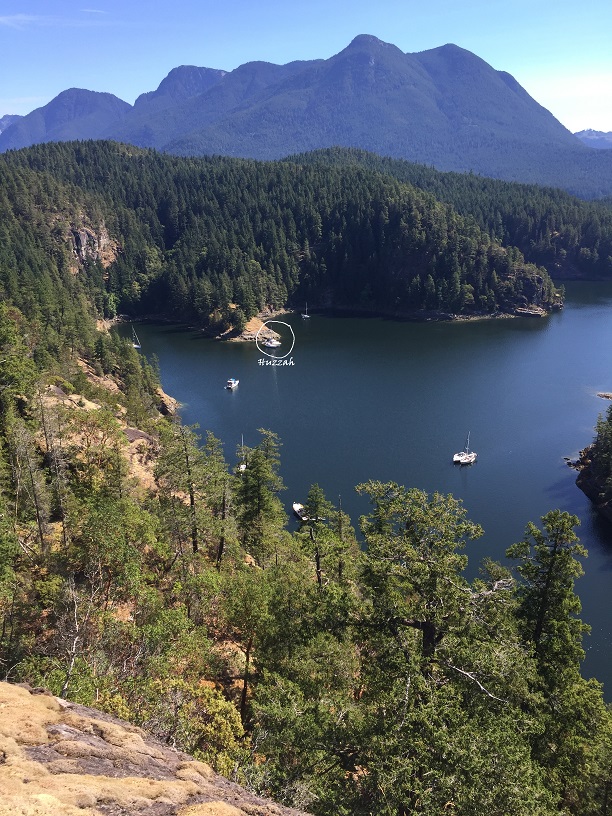