Our first stop on Afognak (appropriate given our arrival in heavy fog) was in a bay on the west side of Izhut Bay that had been recommended by one of the fishermen in Kodiak. It is not named on the chart but we were told it is called McDonald's Farm Bay by locals. We anchored in the SE corner of the outer bay in 10 metres of sand and mud and had a very comfortable night.

The bay leads into a series of lakes and streams and we enjoyed kayaking up its various arms and watching the salmon jumping - all sizes from smolts to full adults.

This stream led into high grass which we decided to avoid in case we disturbed sleeping bears. 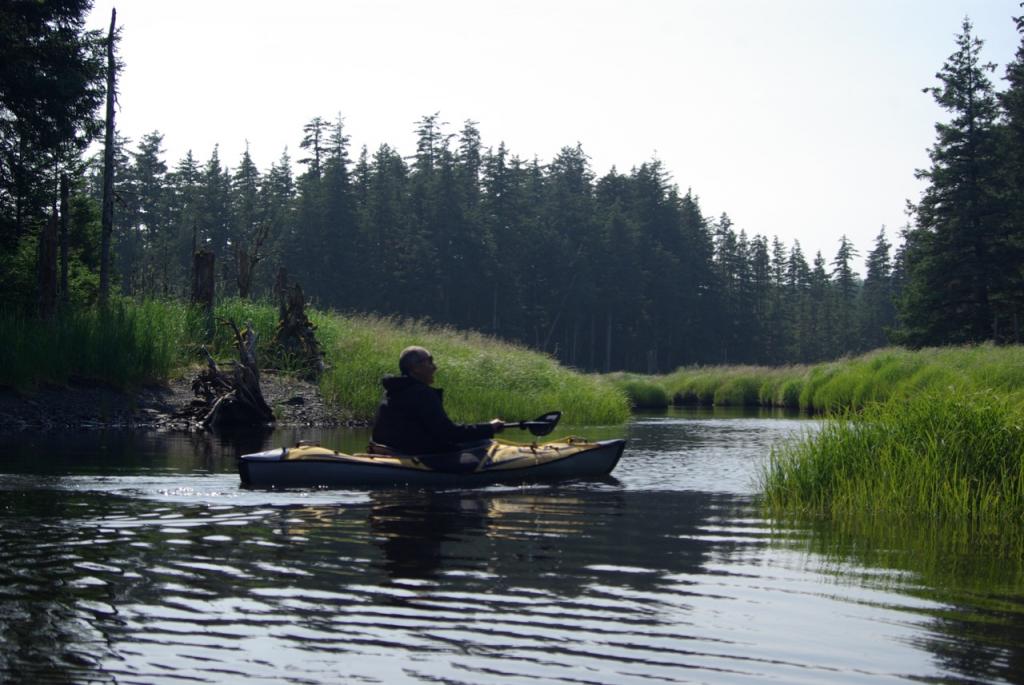 The area around the lakes has been logged. Even so, it has some very pretty spots. But the highlight of this stop was the colony of Stella sea lions who kept us entertained all evening. They mostly stayed away from us but at one stage while we were watching a group madly fishing I turned to see two seals peering at us from the other side of the boat.
More
Comments
Newer Older
Contents