Our Very Own Lava Lamp We left Crotone at 5 am and did an overnight passage to Taormina in Sicily arriving at 6 am the next morning. It was pretty busy during the night and the lights of Sicily were visible the whole way. We had our AIS on which shows most of the bigger boats but we could swear we could see a huge liner all lit up. We kept checking the AIS but no liners were coming up. Eventually we realised it was the land with lights from houses all the way up the side of the hillside!

During the whole night we had lightening surrounding us but no thunder or rain and the most spectacular red sky and sunrise making the long night worth while (almost!)

We could also see a glow on top of one of the hills which we couldn't make out but, as we got nearer, it turned out to be lava flowing out of Mt Etna! 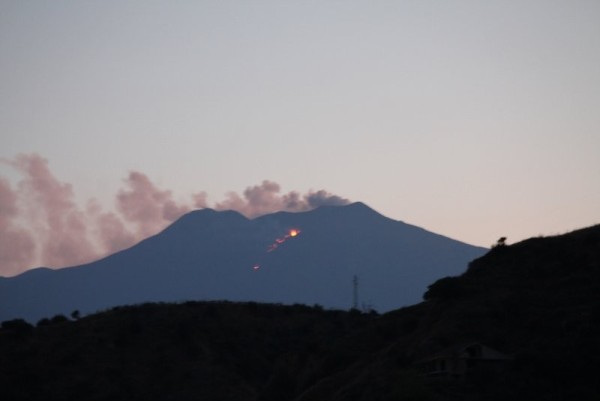 Mt Etna has been very active in the last few years and has had many eruptions, the most recent being this year, luckily with no loss of life or property. They did have to stop the tourist trips for a while though! It constantly smokes and streams out lava into the Valle del Bove below. You can see the smoke and steam above and the glow from the lava at night. 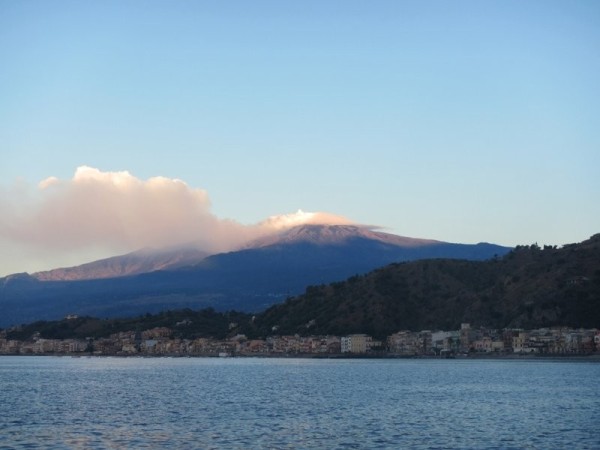 A couple of nights ago we sat in the cockpit watching a couple of planes land and take off by us, scooping up water from the bay and heading back over the mountain to put out fires that had started up in the surrounding forests. 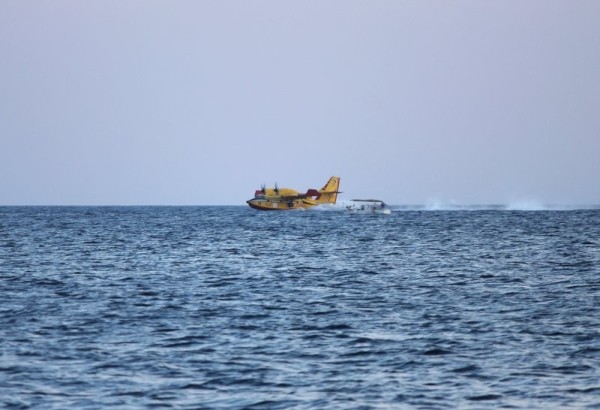 The super yacht next door got quite a good view too! 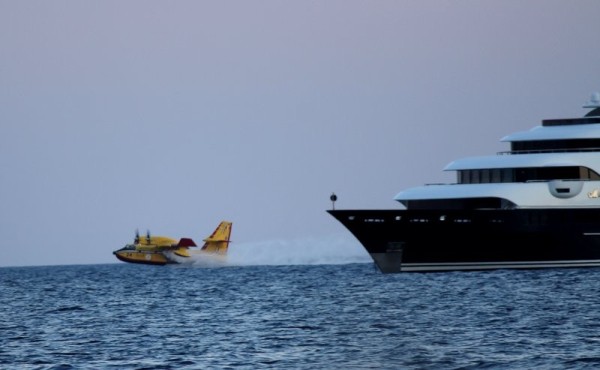