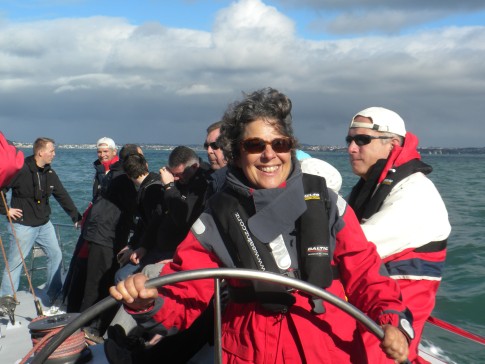 Sue enjoyed being at the helm of an America's Cup boat in Auckland before we left for the States.
Added 5 May 2011