20 September 2011 | Bali - Lovina Beach
michael and jackie
We've really become Bali fans. After the predominantly Muslim areas we have been travelling through so far, the colour and pageantry of Bali, with its mainly Hindu population and wealth of temples and shrines was a welcome relief. So this is the first of a few descriptions. The initial welcome at Lovina Beach by the Regent for the area was tremendous. A large marquee was set up on the beach where Balinese dancers 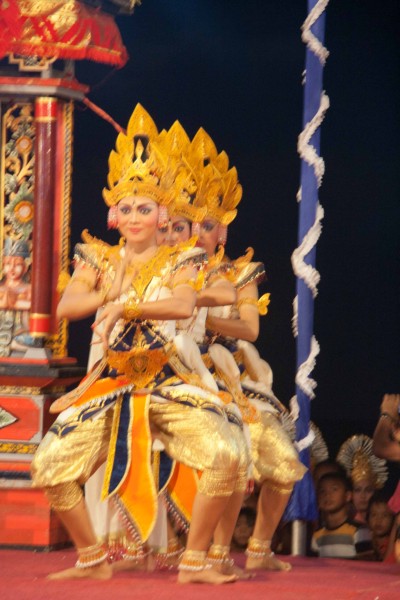 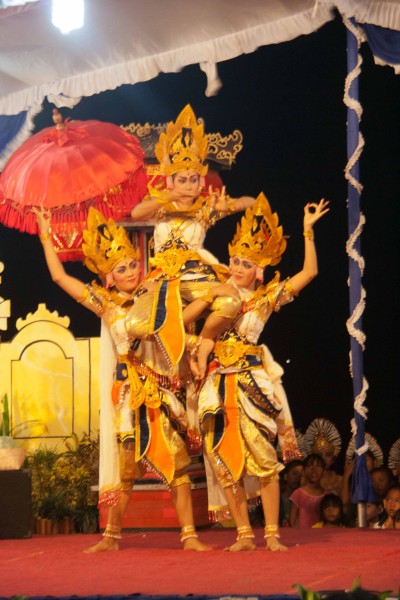 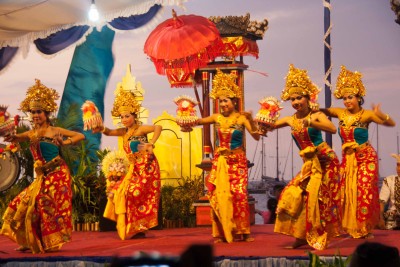 performed for three nights on the trot. Alongside it another large marquee displayed a lovely selection of Balinese crafts and foods. (More on the fruit and vegetables later, as this was a main highlight of the Island for Jackie)

There were two bands - a traditional Balinese Gamelan band on one side and an electric version on the right. Both bands played well, although for us the more traditional band and dancers were probably superior. The dancing was particularly impressive.

This was the first time we had seen pretty much all the boats sailing through Indonesia. Well over 50 boats were anchored in the bay, most people we knew but others we had never come across before.

Lovina itself is quite a sleepy town. It stretches from the main coast road down to the beach with the area near the beach dominated by small hotels and restaurants. The name Lovina was coined by the last king to mean 'love Indonesia'. Along the beach promenade there are small huts staffed by determined female sellers. "Want any fruit? Where you from? Nice dresses. Special price for you". Outside almost every stall, shop and restaurant small, colourful and often beautifully prepared offerings to the Gods are placed on the pavement - we tried our best not to step on them. We found just behind the beach two small warungs (Indonesian restaurants) where Bintang (the local beer) and variations on Nasi Goreng could be purchased. Typical price including a couple of beers £6 for two people. Can't be bad.

In addition to the celebrations by the beach, a bull racing competition was held in our honour in a sports ground a very hot mile's walk away from the beach. Apparently this event is normally held once a year on independence day but the arrival of all these yachts provided a good reason for holding a second set of races. The bulls tow adapted ploughs with a sledge for the driver to stand on instead of a downward spade. The competition is to have the most beautifully decorated bull and show the most control over the bulls as you go up and down the park. One particular driver was a particularly dab hand at driving with no hands. 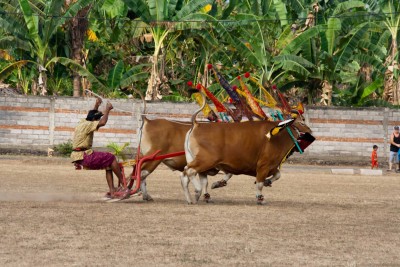 The finale invited the audience invited to try it from themselves. Many did, but we have to admit that we declined the offer - probably a mistake. 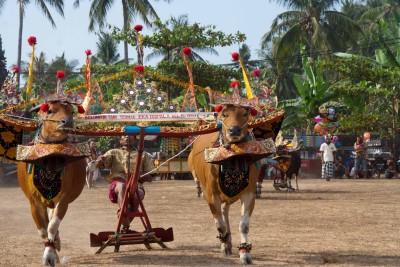