25 September 2011 | Bali Menjangan Island
michael and jackie
Menjangan Island was a real discovery. We had read about it but there was no intelligence about anchorages. But what a gem!

Michael's daughter Tamsin and her partner Melita arrived travel weary in Lovina for a short visit. 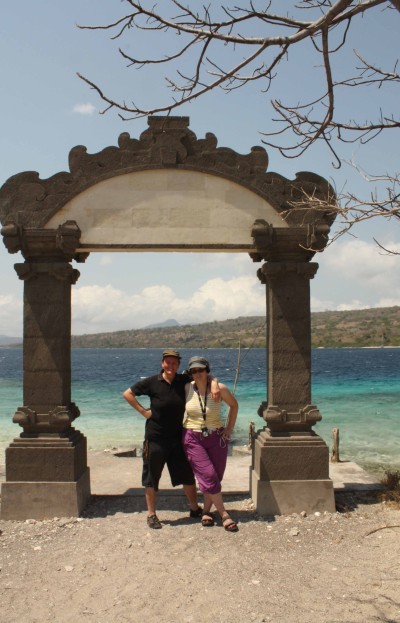 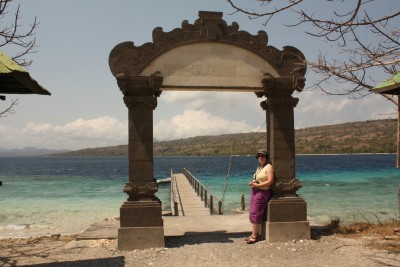 They had travelled overland from Djakarta and were looking forward to some snorkeling. So we sailed 30 miles west to the North West tip of Bali, Menjangan Island (Deer Island. In company with Azzan, Australian friends, we rocketed over in strong winds. Strong winds were a feature of the anchorage because the wind gets funneled up the channel which separates the volcanoes of Java, from those of Bali. At night we could see the red glow of the Javanese volcanoes. 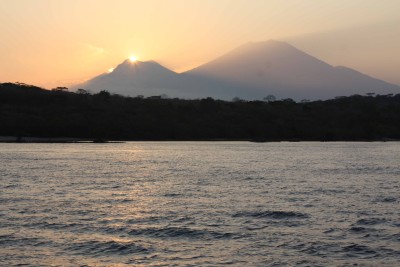 Menjangan Island is entirely surrounded by beautiful coral reefs and the North side is flat water protected from swells and strong winds so it made for ideal snorkeling although getting out and around entailed a bit of wet dinghy riding. The fish life is tremendous and there are also many exciting drop offs. Jackie met a sun fish which tried succesfuly to scare her away.

On shore, on the mainland side we visited a ranger station, a rather bedraggled spot. The rangers although well armed did not have an operational boat. They guard various endangered species in the national park, and have also attracted a wild pig. 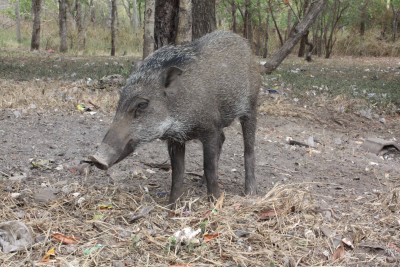 The island is home to the oldest hindu temple in Bali. A hindu outpost facing muslim Java. We followed a well paved but little used path which took us round numerous small shrines, decorated by devotees. The ranger told us that people came every full moon to honour the gods there. 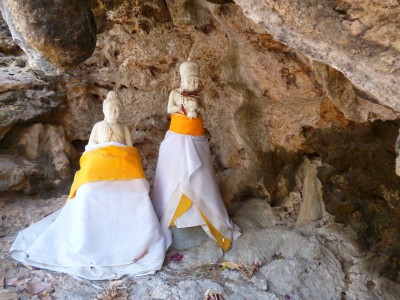 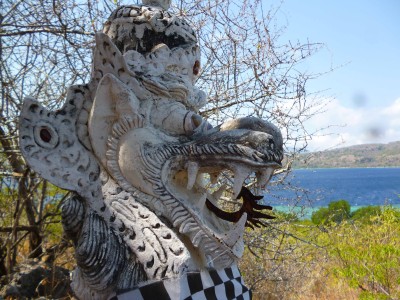