This is the longest time that Spruce has been based in a single country, save the period in Malaysia hauled out during 2016-17. While in Malaysia, the time was used to prepare the boat for a voyage to the cold waters of Alaska and also to partake in land/air travel around nearby Asian nations. This sojourn in French Polynesia has been much more localised, in part due to the constraints imposed, real or perceived, by the pandemic.
It is interesting to imagine oneself into the lives experienced by local denizens. We cruisers float through many different lands, meet new cultures, and multitudes of people living quite different lifestyles. Folks living an island existence in the British Isles, still usually have access to a fairly rapid transport network that can whisk them off to the brand of "civilisation" lived by most of their mainland fellow nationals. Not so easily accomplished here in French Polynesia. A look at a satellite-eye image of the Pacific illustrates the difference: isolated dots of land scattered across thousands of miles of ocean. Unlike many smaller countries of Oceania, French Polynesia benefits from a regular network of supply ships also able to convey passengers. Aviation links join the main archipelagos and many larger islands to the central hub of Tahiti. Although, Tahiti is about as far from the Marquises as Rome is from London. Within archipelagos, islands not served by bigger vessels usually have some sort of fast motorboat link that gets people to the main transport network; often a wet ride in lumpy trade wind driven waves, but people can travel. The downside is that inter-island or inter-archipelago travel is expensive. Airfares are hundreds of dollars. An international flight to another country: NZ, Los Angeles or Europe, is also the sort of cost one doesn't incur casually. Therefore, most locals live the majority of their time in small communities physically isolated from fellow nationals. Television and radio provide an important link. (photo shows the away teams arriving for a sports weekend aboard smaller craft - they were all happily wet through as per a normal trip).
More
Comments
Older
Contents 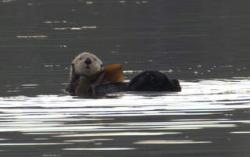