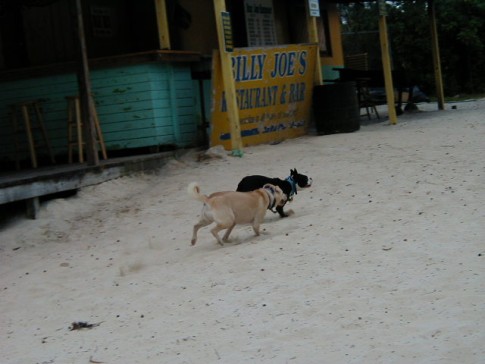 Our dogs, Pearl and Bodee, running on the beach, Grand Bahama
Added 26 September 2009