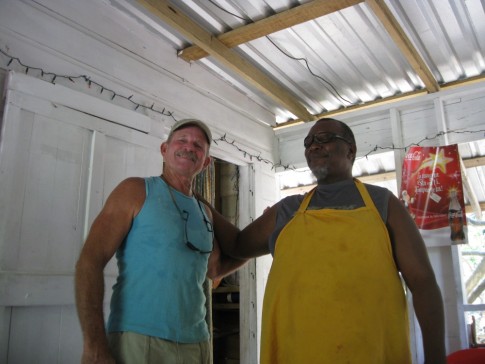 Gary and Morris - we found Morris at a roadside BBQ place in Roatan. Morris did some carpentry work for Gary aboard the "Miss Terry", way back in the 1980's
Added 30 December 2009