Back in Rio Dulce

07 July 2018
Alice and I have returned to Guatemala to find Lucky Bird in the paint shop. 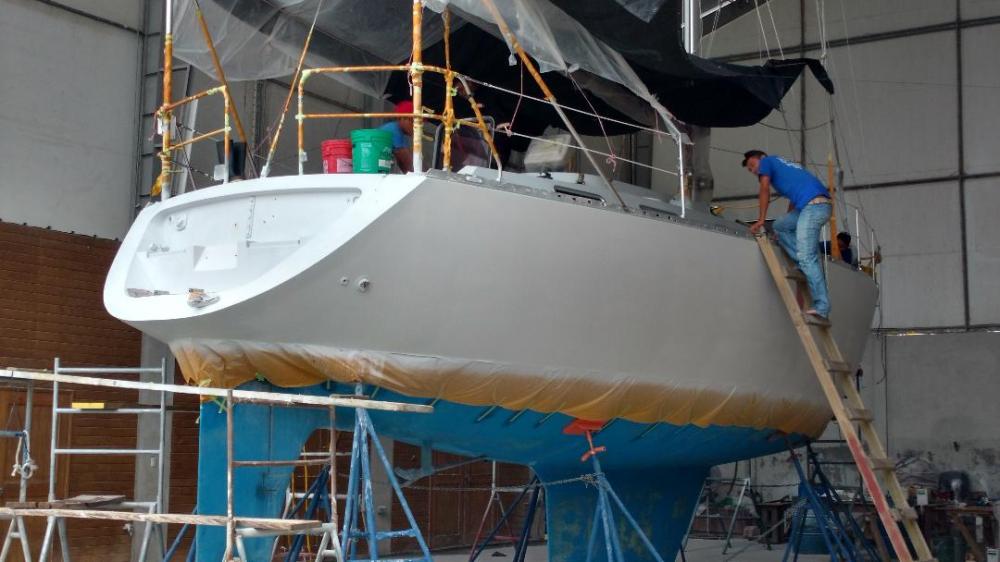 Our return flight began with a few anxious moments of uncertainty whether we would be allowed to board the flight with what was viewed as a one way ticket to Guatemala. I tried several times to explain that this was our return ticket having left Guatemala in April and now returning to our sail boat. Oops, that only confused the agents who were referencing Guatemala Immigration regarding commercial merchant marine crews returning to their ships. The manager called Guatemala explaining we were returning to our pleasure craft. He was on the phone for close to 30 minutes while we waited at the ticket counter wondering what was happening. It ended well and we were on our way.

We had one other oops arriving in Guatemala. I only filled out one Immigration form following my experiences with other country's entry procedures. We worked our way through the various check points only to be stopped at the last point when asked for Alice's form, that's the oops. Fortunately there was a fellow in line who spoke both languages and do to the good graces of the Guatemalan agent we were given a one time only pass. It was smooth sailing after that arriving at RAM Marina around 22:00 local time.

So now we wait for LB to be painted before we can move back aboard and do a couple more projects before heading inland for more exploring.
More
Comments
Newer Older
Contents