24 February 2019 | Jolly Harbor Marina, Antigua
Robert & Alice Smith | Still windy, unsettled with occasional squals
We are back in Antigua having toured Guadeloupe, Dominica, Les Saints, Marie Galante, and Martinique. We had planned on sailing further south toward Bequia and the Grenadines but we also wanted to watch the start of the Caribbean 600 and we've decided to return to the USA via the Salty Dawg Rally from St. Thomas to Hampton, VA in early May. So we turned back north from St. Annes, Martinique having toured the island by car one last time. We visited the Banana Museum and learned there is a huge number of varieties with 65 of those varieties growing at the museum. Here I thought a banana was just a banana, but what do I know. 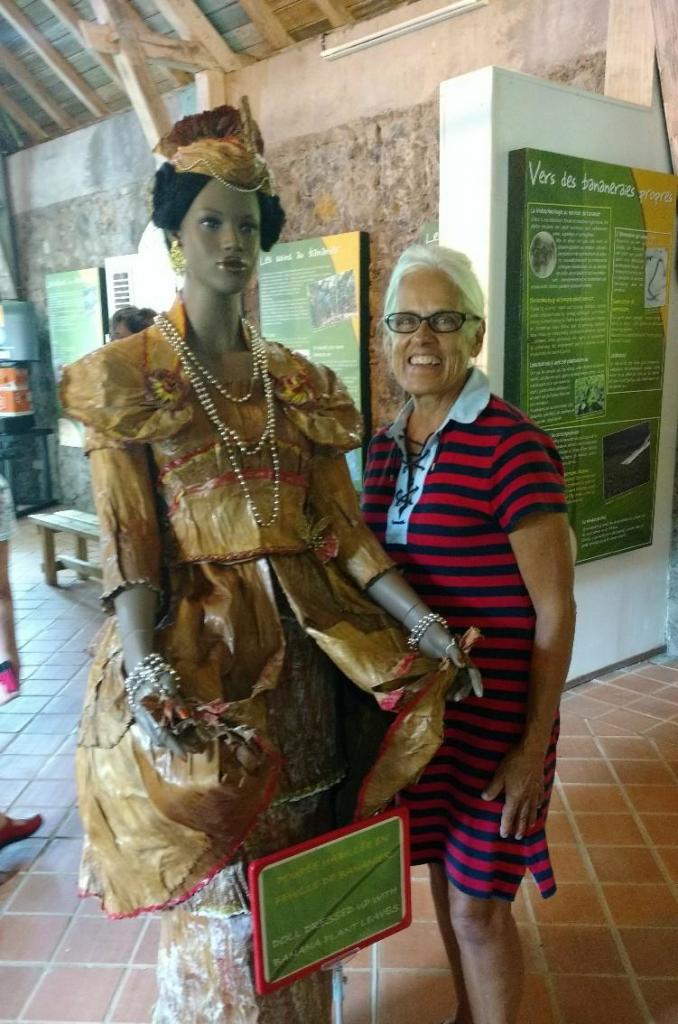 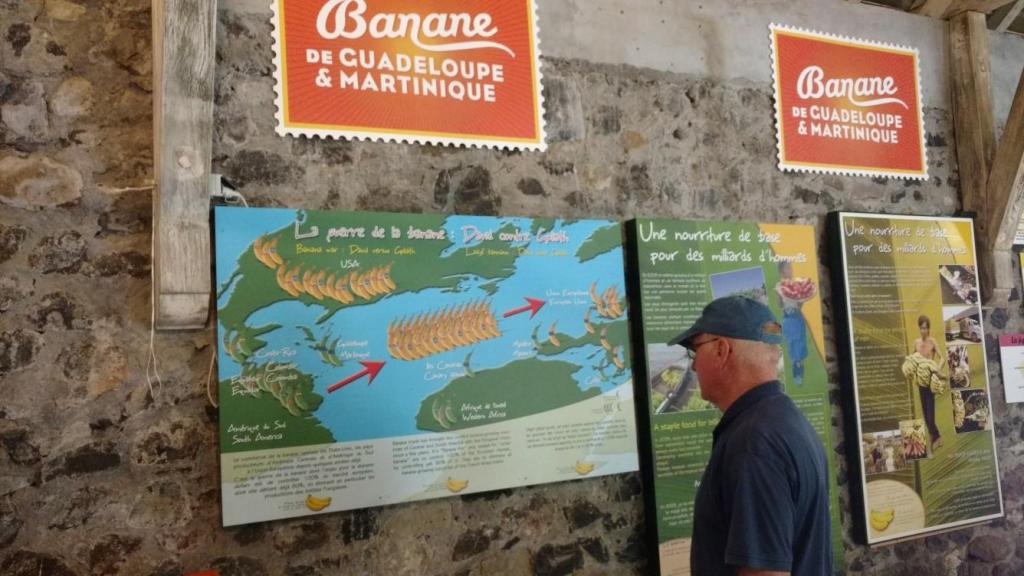 The Caribbean 600 was fun to watch from the hills above Nelson's Dockyard. We hiked the Middle Ground from Falmouth to English harbor twice, once to check out the best viewing spots, and again to watch the race. Seas were six to eight feet with strong trade winds from the east. It was destined to be a fast race. The largest trimaran finished is slightly over twenty hours and I believe set a new record. Without consideration for additional miles tacking, they averaged close to 28 knots, gee, I'm tickled pink with 8 to 10 knots and usually settle for 6 - 6.5.

A surprise for us occurred when we learned of a rowing race across the Atlantic and the first single handed rower was finishing.

This young man was the first single handed rower to finish and is only 18 years old. Wow!! rowing across the Atlantic all alone, unbelievable.

In Antigua we decided to replace the watermaker membrane which has been in use on and off for about 10 years. It was about time and we wanted good water for the trip in May. Our wind instrument also decided to give up so that is being replaced as well. We bought a Raymarine wind unit to tie in with our new Raymarine autopilot. Our depth sounder and boat speed instruments are still working, for how long who knows, but to replace them means hauling Lucky Bird, maybe in the fall.


Thursday the installer arrives to change out the masthead wind transducer and run new cable down the mast; then inside wiring, always a joy in tight spaces, and we should be back in business. The wind instrument is a convenience not a necessity. We have other means of determining apparent wind direction and can tell reasonably well wind velocity by the sea state but the instrument isvery helpful anticipating times to reef.

I just finished installing the new membrane and it is now producing good tasting water, however there is a small problem that I may need help to resolve. The pump puts out about 1000 psi to drive the salt water through the membrane. I noticed a slow drip at the high pressure input and even after taking it all apart and re-tightening, it still drips about one drop every three seconds. Argg number one! Hopefully the local watermaker dealer will help me resolve this little annoyance.

On a more positive note, I believe I have finally resolved the aft head shower leak. This is one of the most frustrating boat problems I've faced. The mixing valve is high up inside the engine compartment and to get to it we, either Alice or me, have to crawl on top of the engine and contort ourselves to be able to reach the unit several feet above the engine tucked behind the exhaust anti-siphon piping. Here's Argg number Two!! Each water line, hot and cold, has three fittings with O rings and threaded nuts. Picture yourself upside down on your back reaching your full arms length with a wrench in one hand balancing with the other with your partner faithfully trying to aim a light so you could see. Not my cup of tea but this is a boat and stuff happens. Knock on wood, I believe it's fixed.

Finally, Big News!! Many of you know I follow several of the YouTube v blogs. Delos is one of my favorites with Brian and Brady and crew sailing their Amel around the world. Well, they are here in Antigua, dont'cha know. Delos was anchored behind us in Falmouth Harbor. It all became real when Alice and I stopped by their boat. The next morning we bumped into a couple who are avid Delos supporters and had just flown in to Antigua just to meet up with Brian and his crew. The guy even had the Delos logo on the back of his cell phone.

I continue to follow about 16 v bloggers mostly those who are building or restoring boats and a few who are couples, mostly younger than us old folks, doing the same things in similar locations. Other favorites are: s/v Seeker, Acorn to Arabella, BoatWorks Today, Sail Life, Sampson Boat Company, BuildingBrupeg and Onboard Lifestyle. Cruising couples I follow: Sailing Uma, Sailing Atticus and Sailing Yacht Talisman are more like what we are doing and experiencing. We met the couple on Atticus in Rio Dulce so that became real as well.

So that's it for now, we'll be here at Jolly Harbor until Sunday and then truck over to Nevis for more exploring.
More
Comments
Newer Older
Contents