St. Crois and On to The Virgin Islands

11 April 2019 | Nanny Cay Marine, Tortola, BVI
Robert & Alice Smith
We tied up at the Green Cay Marina and were very lucky in doing so. When we arrived in St. Croix at Christensted we called the St. Croix Marina asking for a slip for a few days. They replied letting us know they had nothing until April 1st, several days away. Next we called Green Cay Marina and they replied they had a slip for us. Making a long story shorter, we rented a car to tour the island and stopped by the St. Croix Marina. Wow were we lucky, it was a mess. It looked as though the hurricane had just come through. The docks were broken up, the boat yard was mostly gravel with parts of boats strewn around, not our cup of tea. The Green Cay Marina on the other hand was just what we needed. A clean, up-to-date facility with super WiFi. So once again we "lucked out".

Now a few comments about St. Croix which after driving the entire island turned out to be much different than we expected.

St. Croix is the "working man's" island. Fairly flat except the hills toward the western end where there is a rain forest that is quite beautiful. There's not a lot of touristy type attractions with the exception of Buck Island, Captain Morgan refinery and the two major towns. Farming and cattle herding at the principle sources of income other than the refinery that is being re-commissioned and it is huge.

We spent a day snorkeling at Buck Island inside the reef and thoroughly enjoyed the experience. There was considerable damage to the coral especially the Elkhorn from the hurricane. But the fish seemed happy, we were happy and it was a good day. On the eastern there is a prominent monument: 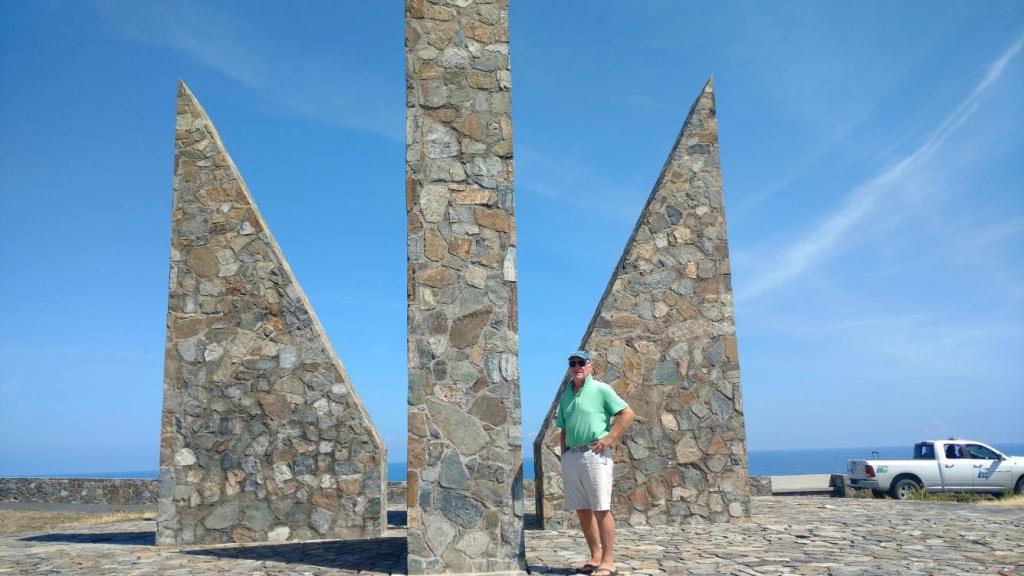 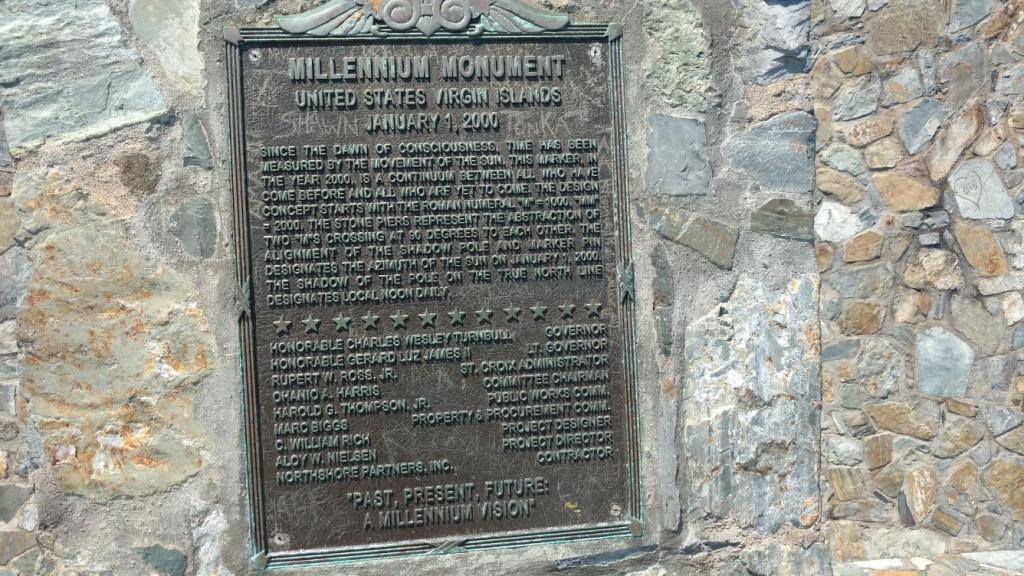 The monument is a continuum between all who have come before and all who have yet to come. The monument represents an abstraction of two crossing M's at 90 degrees to each other indicating north, south, east and west From the point we could look aout as see the beautiful reefs that encircle the island. As we drove west along the shore, the reef colors were magnificent.

Unlike other Caribbean Islands were cruise ships congregate by the two's, three's, fours and even five at a time, here only one and Alice and I wondered just what the tourists would do after shopping.

So we left St. Croix and headed north to St. John to do some exploring in places we hadn't visited before and to revisit some we had. It was a beautiful sail of some 40 miles with the wind behind our beam. My sense is St. Croix is off the cruisers beaten path. We had the winds behind us but leaving the Virgins to go to St. Croix often is a close reach to beating and that probably discourages quite a few especially those on charters. It was on our list and we probably won't be back.

We circumnavigated St. John stopping in harbors around the island before heading to the BVI's where we hoped to cross paths with our Kenosha "E" Dock" friends Tom and Jane Flynn. They were chartering a Mooring 50 foot Catamaran with Tom's brothers and their wives. We did find them in the Bight on Norman Island, had a short but nice visit and they were off. We sailed to Deadman's Bay, one of favorites on Peter Island only to be disappointed. No trespassing signs were posted along the beach and with the strong easterly trades, the anchorage was rolly. Our kids will remember this bay and the beautiful beach and calm waters from our visit years ago.

We find ourselves back at Nanny Cay where we landed after completing the Caribbean 1500 back in 2010. This is one of the most devastated marinas by hurricane Irma, it's also where our friends the Hagars lost their boat Options. New docks, restored buildings and very few remnants of the hurricane's damage.

I put up the picture below to show that Alice hasn't lost her food prep interests, we are living well on our LB. 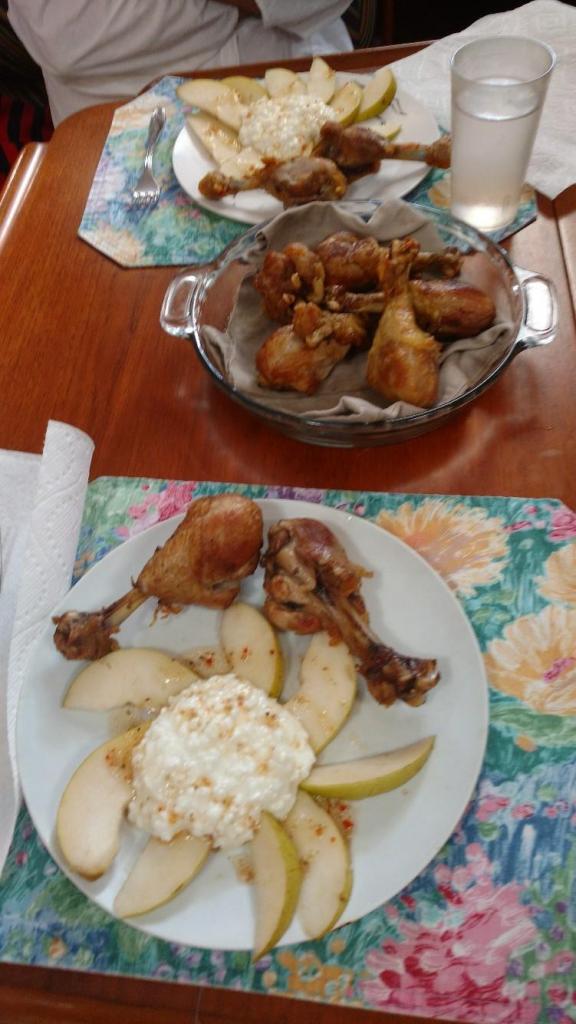