Back In the USA

First the fabulous sailing. We have a Hydro Vane installed on our transom; we named it "Vivaldi" and for the first two and a half days Vivaldi gave us some really unforgettable sailing. Picture sailing on a just aft of beam reach, apparent winds ranging from 15 to 20 kts, true wind gusting to 25, and Lucky Bird cruising along at 8 - 9 kts. All-the-while Vivaldi keep the boat within 1 - 2 degrees of our targeted course. No wandering, just rock solid and trucking. We didn't make any adjustments for the first 50 - 60 hours. Unbelievable!! Then the wind went away.

We sailed into a very large high pressure ridge and as the two pictures below confirm the Atlantic went flat. 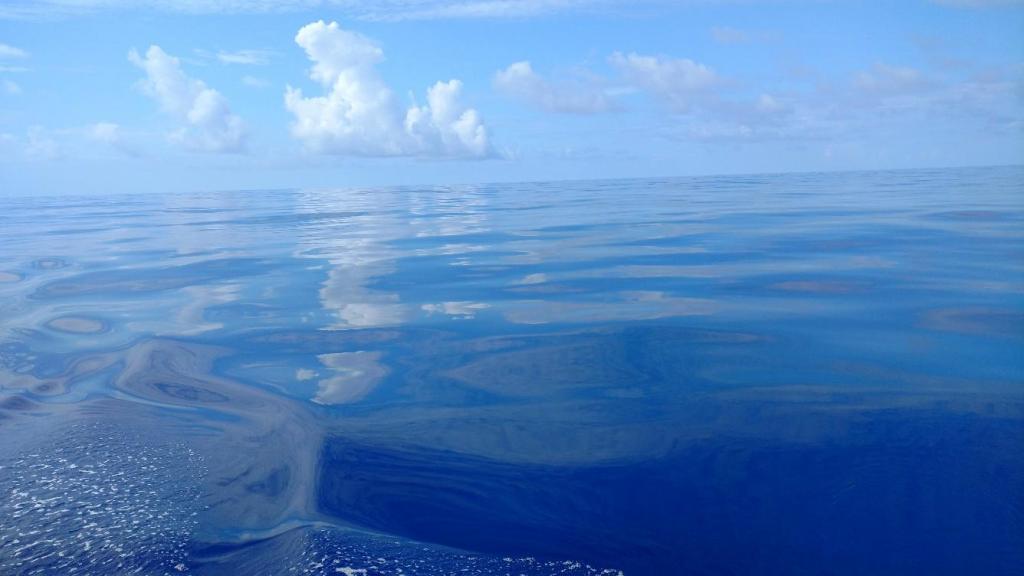 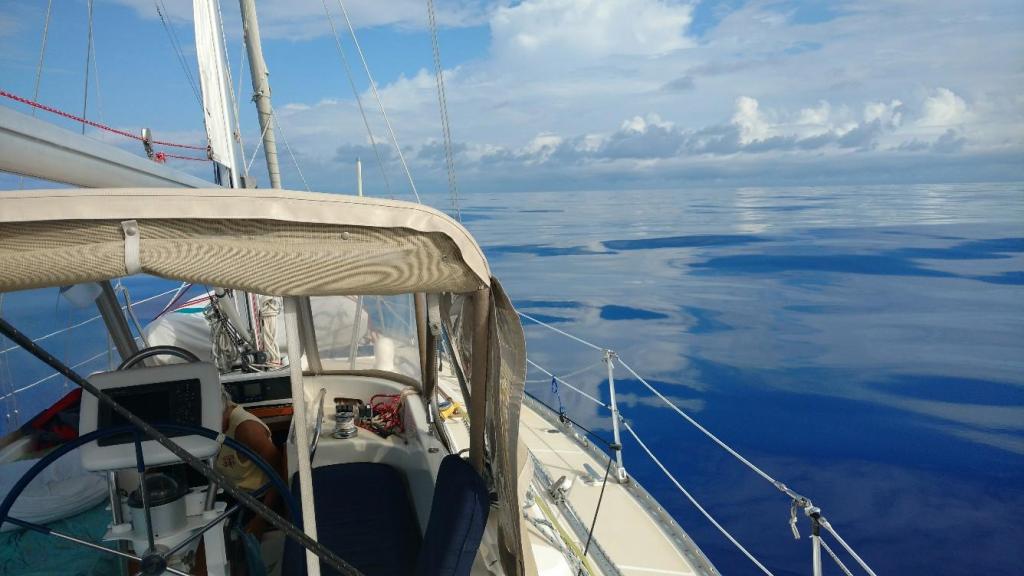 Next came a weather report from Chris Parker, Marine Weather Service, that was very disturbing to the Salty Dawg sailors. A low pressure trough with associated low pressure storm was to form near the mouth of the Chesapeake just about the time of our arrival. Chris suggested that if we couldn't make the Chesapeake by mid-day Saturday we should consider Beaufort, NC as an alternative land fall destination. After several hours of very careful and detailed eta projecting, I decided that Saturday was a best case possibility. Now sailors know that nothing happens as a best case scenario and worse case we might get caught with gale force winds near and in the gulf stream, no way Jose!!

So four of the eleven boats made course corrections to Beaufort. Of the others, one chose Bermuda, another chose Charleston and two decided to push on to Hampton. Two other boats were not participating in the SSB net so their location and destination was unknown.

In transit to Beaufort we had a little sailing, more powering, a little sailing, and finally the gulf stream and a three knot boost. Of the four boats now on track for Beaufort, Misto, a 44 cat was out in front, then Lucky Bird our Moody 425, Rum Truffle, a Moody 49, Adagio, an Amel 55. We caught up to Misto in the gulf stream and sailed within a mile of them the remainder of the passage; we call that buddy boating. We arrived safely at the mouth of the river about 0800 and we tucked into our slip by 0900.

Now for the annoyances. The main sail preventer block attached to the rail up forward broke off a small piece of the casing allowing the line to jump off the shive. This stopped us from adjusting the preventer tension, not too cool when sailing at 120-150 degree apparent conditions. I turned the block over and that solved the problem, no big deal.

For many of you, who have read this blog, you are familiar with my referencing our sailing angels. In this case since we had caught up to Misto they were there standing by as I diagnosed and resolved the steering problem. Everything had to come out of the lazarette and my unbelievable first mate was there as my gofer bringing tools to me as I figured out what to do.

Long story shorten, the stream was fairly calm, it was mid afternoon and I was able to disconnect the liner drive arm freeing the steering quadrant. Off we went with Misto heading for Beaufort but now we were hand steering for final 85 km.