Our weather has definitely become chillier!

The leaves are turning red and yellow and orange, and we bundle up in warm jackets and scarves when we go walking. And we've been doing a fair bit of walking to work off all the Thanksgiving treats we devoured over the last couple of weeks. (We don't limit ourselves to one or two days of indulging!)

These colourful folks are lounging in the courtyard at South End Florist, just down the street. I'll attempt again to get some pictures in here to show you some of the lovely scenery we've found on our hikes, and the Halifax waterfront after the visitors have left. Many cruise ships have come and gone - sometimes 3 and 4 a day, disgorging as many as 4000 passengers for a day of exploration - but the last couple of days have been quiet ones and the last ship of the season comes next week.

These colourful chairs are usually filled. And the "wave" almost always has children scrambling up the slippery surface and sliding back down again - or huddled underneath sharing secrets. The stands with tasty treats like BeaverTails - deep fried rounds of dough topped with butter and cinnamon, or fish and chips from the Battered Fish are shuttered for the winter season. And it won't be long before the floating docks are hauled out of the water. We hiked the first loop of the Bluff trail on the weekend. It's a gorgeous trail and because of the loops, hikers can take anywhere from 3 hours to 30 hours depending on how far they go. The leaves are past their prime, but there was still wonderful contrast between red leaves and granite rocks. And oh! Those rocks! As in many places along the coastline of Nova Scotia, it is easy to see the terrain left from receding glaciers thousands of years ago - barren rock surfaces, huge boulders that look as if they have been simply dropped in place, and ones like this - floating on a cluster of little stones. I love the way tenacious trees grow toward the sky from tiny pockets of fertile soil - sometimes stretching their roots around boulders and sometimes emerging from narrow crevices. This one looks just as if it is embracing the rock! 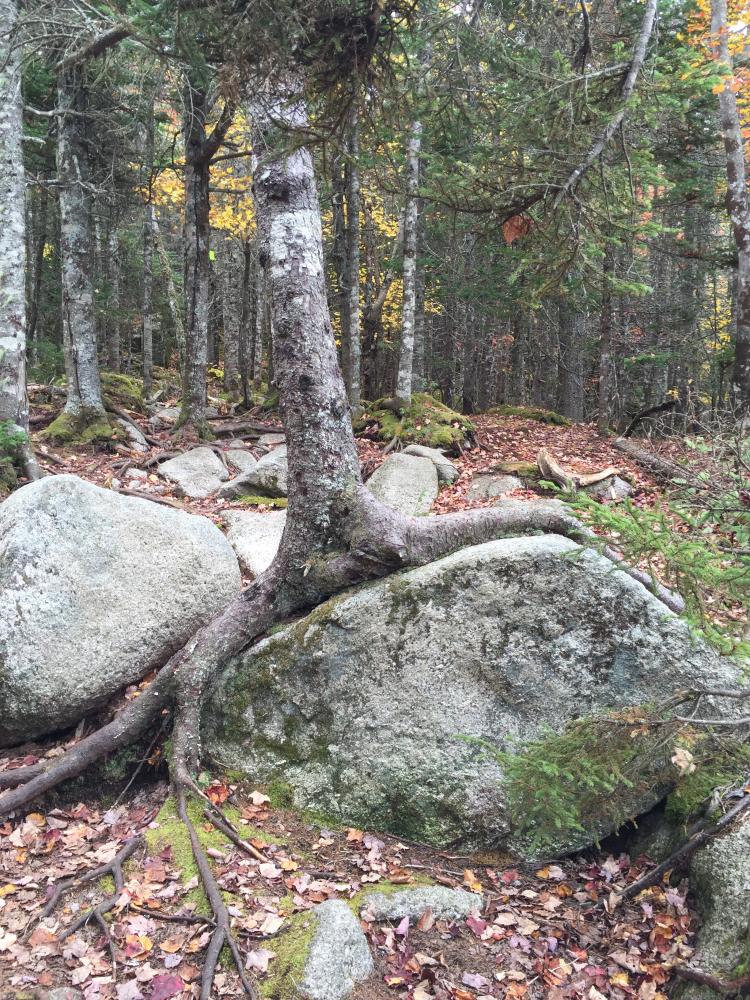 Our family has become supporters of the Cumberland County Hospice Society, and we went to Amherst on the day this sign indicating the future site of the hospice was unveiled. I can remember riding around this field on the hay wagon - a few decades ago! We are all hopeful that funds can be raised to make this the first free-standing hospice in Nova Scotia. 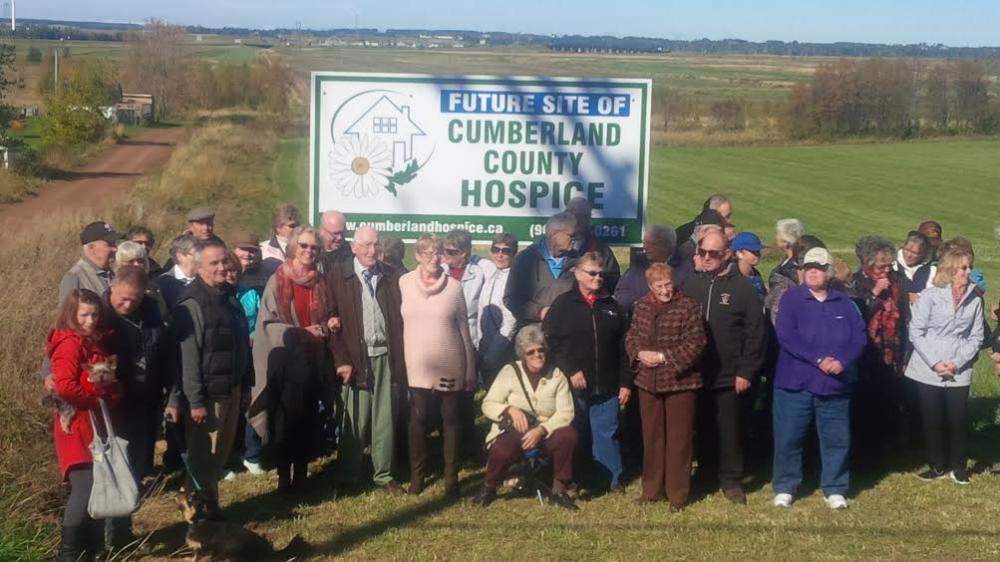 We sat down over lunch with Jim and Jeannie (Estelle) and I scribbled down notes and suggestions as fast as I could, while Jim marked anchorages and shoals on his charts. The "pack this" piles are growing in our bedroom and we're gradually emptying the fridge - sure signs of our departure! Now if those oak trees would just start dropping the leaves in our back yard, I could start raking and be a little ahead of the game on fall cleanup. Otherwise, before we know it, we will be doing boat cleanup in the Rio Dulce, and a major Spring cleanup back here!
More
Comments
Newer Older
Contents