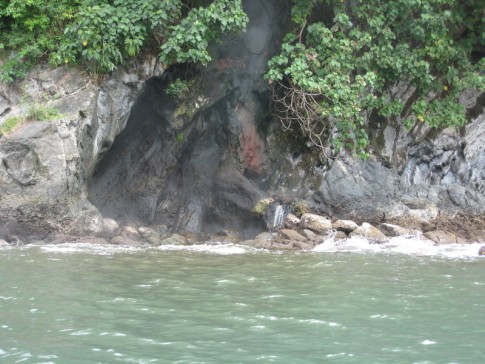 Near our boat, you can see the steam from the rocks, which had boiling hot water
Added 10 September 2008