We had originally hoped to go away for a night away on Saturday but the forecast was for zero wind, and this proved correct, so I consoled myself with a good sail on Sunday for which a good wind was predicted. I had arranged that we would meet up with a friend from Cubs and her family who have a boat based on Rennesøy. They had pressed on with their plan to overnight and had alerted us on Saturday evening that they were anchored at Adnøy and intended to lunch either at Tingholmen or Idse. This worked in well with our plan for a relatively short day. By 0945 we were in the car and we were quite quick at leaving harbour, so much so I forgot to start the GPS until we were out in the channel.

Getting the sails set was much easier since I had led the main halyard back to the cockpit the day before. Due to the lively wind I had already set it up with the first reef set and we were soon belting along to the east on a broad-ish reach. We wiggled our way between the islands until we arrived at Tingholmen and its sheltered southern side. We approached the jetty but observed the sign saying that the jetty should not be tied up to so we prepared to anchor. On the first attempt the anchor winch let the anchor down a few metres and then stopped with all the electronics out. It looked like the load had zapped the batteries. Despite my testing them in the summer it appears that one or more of the house batteries is not good – a retest is necessary. On the second attempt I kept the engine revs a bit higher in neutral and the winch wound out fine although the log still browned out. I gave the anchor a good tug with the engine to make sure it was set before throwing in the kedge and we got the dinghy into the water just as the Doves arrived.
After ferrying us ashore Robert did an excellent job of playing water taxi, taking Kate and their bow line ashore, then bringing Kate, William and Eleanor ashore for a BBQ. Somehow the boarding ladder from Rose Quartz got knocked into the water and sank so Martin stayed on board and attempted to drag for the ladder, unfortunately to no avail. We collected some wood and tried to get a decent fire going but the twigs just burnt to ash too quick and in the end we cooked on a combination of the fire and the disposable BBQ we had brought with us. After a good chat with Kate, a reasonable fill of singed sausages (from cooking on flame rather than embers) and a warming hot chocolate it was soon time to head home.

Conditions were lively, the wind having strengthened to a Force 6 but with two reefs on the main and the headsail half furled the helm remained finger light and we were still cracking on at 5-6kts. Rachel definitely did not enjoy it and the boys were quiet but I was having a great time! Neptune claimed a sailing glove as we dropped sail – a Christmas present idea? 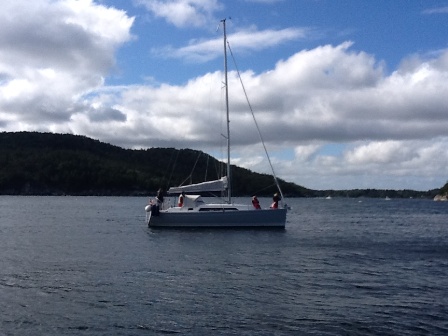 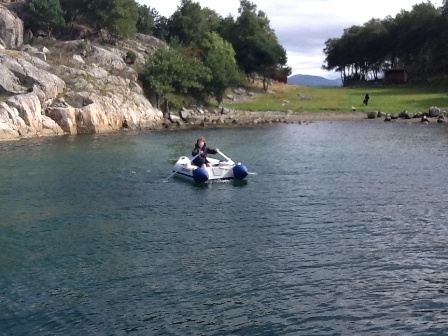 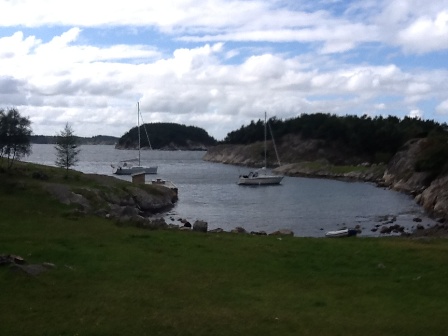 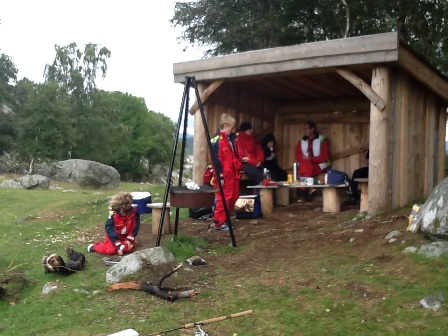