Keep on Keepin' on 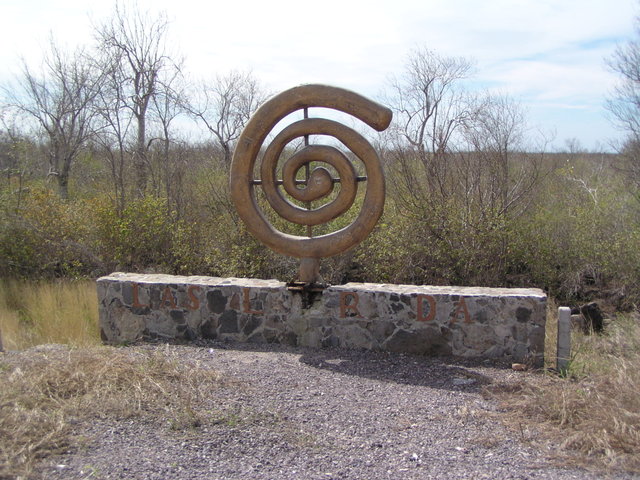 Have you ever gone on an adventure and had such a good time that you had to do it again. Or have the planets not lined up properly enough to do something that should have been done years earlier?

This blog entry is about to two such experiences. The first was a day trip by car to see some Petroglyphs that are north of Mazatlan. The second was attending the third largest parade of its kind in the world. The third was redoing to first trip with the added dimension of muddy dirt roads.

I'd heard of the Petroglyphs but had not actually ever pursed locating them, mostly for the lack of a car and adequate directions. This year we have a car and I found out our RV friends had directions and a name for the place. I used that info to flush out some additional information off the internet. I learned that in addition to the Las Labradas Petroglyphs themselves there was a small museum and then if you're on a tour they usually took you to the near by town, Barras de Piaxtla, for lunch at the El Mirador restaurant.

This sounded like a great outing, especially since the directions sounded like something out of James Bond. What with driving a certain number of miles past the highway toll booth, then looking for specific mile marker signs, turning left, crossing the busy highway, taking dirt roads through small villages, then through creeks and then following the railroad tracks, how could we go wrong. Oh, did I forget to mention avoiding the goat herds! It was an adventure just getting to the museum and the site. (The second time was even more fun; more on that later.) The museum cost 10 pesos ($.80US) and was quite basic. However it did tell the story of the Petroglyphs and the probable creators. The buildings on the museum site were quite unique in and of themselves. Take note of the construction technique in the picture.

After visiting the museum and it grounds we took an easy walk down to the beach area. There were hundreds of boulders strewn up and down the coast. The area covers about half a mile along the beach. Beyond the rocks were just sandy beaches. The fun was to hop and/or jump from rock to rock and discover whether or not Petroglyphs had been carved into it. Then of course taking pictures of the rocks. Some of the carvings were eroded away, while other looked like they were carved yesterday. It was great fun. There was plenty of Petroglyphs to discover, rocks to hop upon and sea birds to observe, to while away a couple of hours. Soon it was time to locate the restaurant.

Getting to the near by town, of Barras de Piaxtla, and the El Mirador restaurant meant driving back down the dirt roads on the reverse of our in bound route until we reached the highway. Then we headed north again looking for another mile marker sign before exiting on the to the "dirt" shoulder/off ramp leading to the bridge back over the highway. You guessed it back onto another dirt road leading into Barras de Piaxtla. This was a better road and we had signs leading the way. It was still about a 5 mile dirt road with a few turns that could easily be missed. Of course when we reached town there was road construction that had dug up large sections of the dirt road. We had to detour around this area and still try to find the restaurant. We asked directions from the local workers and each one told us his interpretation of the way to reach the restaurant. We finally stopped at a teinda (little store) and asked for directions, they took us out into the road and pointed to a palapa up on a the hill top. When we reached the restaurant we didn't know what to expect. Imagine our surprise when we entered the El Mirador (palapa) restaurant. The view took our breaths away and the place was very well put together, for this village or anywhere for that matter it was an upscale establishment. The pictures tell the store for themselves.

We all ordered lunches and were not disappointed. The menu consisted mostly of seafood entries. It ranged from crab, to shrimp, calamari, to fish. Each type of seafood served in a variety of ways or combined together. It was hard to decide! We ate to the sound of the ocean roaring below and the sea birds gliding by at eye level. What a sensory treat!

As mentioned in the beginning this adventure turned out to be so much fun we repeated it the following week. The first trip was with our RVin' buddies and some of their friends. The second time we took my sister, her hubby, his sister and her hubby and another car with some of our boating friends. The first trip there was 8 people and the second there was 10. The primary difference was the dirt roads. This was because for the second trip it had rained that morning turning them into "water traps" and "slip & slides". Fortunately neither car got stuck, just completely covered in mud! It even rained during our lunch and the thatched roof of the palapa keep the rain off of us. The pictures of El Mirador reflect the two trips by the amount and size of the clouds in the sky.

The third largest parade of its kind in the world is of course the Carnival (Mardi Gras) Parade here in Mazatlan. I (we) had never been to the parade because of fear of the crowds, not the right time or not in Mazatlan at the time. This year the stars lined up and we decided that we had to do it at least once. Once will be enough, but it was fun. We signed up with a crowd from the marina to have bleacher type seating up above the crowds and the price included a real nice buffet. The location was at a hotel (Aquamarine) along the Malecon (ocean side walk way) in the heart of the parade route. The buffet was great, good food and you could order drinks as needed. The seats and view were almost perfect. We were high enough to see over the crowds but not high enough to see through the masses of people that crowded between the route and us. So some of the lower detail of the activities was not observable. When it was over it was pandemonium in the streets as everyone, literally thousands of people tried to leave the viewing areas at the same time and head down the side streets to whatever transportation they were seeking. Our group managed to flow with the crowd down one block then spiraled off onto and intermediate block that fortunately for us was the alternative bus route to go back to our marina. Once on the bus we were out of the crowds and home safely. We didn't go to the other Carnival events, which lasted for 5 days, though the parade was great to watch.