This Summer was a Blurr! 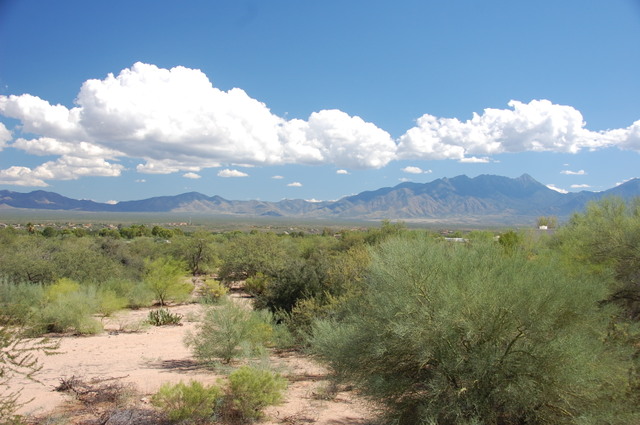 We arrived on June 22nd and we were so glad to be parked at the beach base that we decided to just soak up the peace and quite. We gave ourselves three days! We then had to get our place prepared for our first visitors.


Susan's 2 granddaughters were coming for part of the weekend. The older one, Brittany, was also coming with her family. So our first visitors ended up being 3 adults (Spencer, Brittany, Jamie) and 2 young kids. They all camped out in their tent. The skipper had erected an extra large tarp, attached to the normal RV awning, that was supported with outstretched poles and tie downs. This allowed the campers to setup up under an extra cover. It was a good thing they did, as it rained over night. We made a visit to the beach and everyone had a good time making sand castles and splashing in the surf. In the evenings there was a fire and when the coals were ready "smores". Yeah! Our season was off to a good start.

The following weekend was the forth of July. For the last couple of years our friends Tom and Sue have joined us for the holiday in their RV. We had a pot luck dinner on Saturday after the forth that could be beat. Friends even come out from Portland (Brent/Molly, Herman/Nancy, Gary) and friends staying in their park model (Dwight/Jan) a couple of miles further up the peninsula and our neighbors Tom & Kathy. We are all boaters/ex-boaters, so there was a lot of sea stories to catch up on. Alas this party too had to end and everyone returned home.

It seemed like the rest of July flew by what with doctor visits back in Portland, Letterbox hunting and Pat starting a sinus therapy. All Susan's tests were negative so she's doing great, after a year and half. We made a trip to Jan and Dwight's place in Rainier for a card game and Sea Story sessions, this helped break up the middle of the month. Fun was had by all!

Near the end of the month we picked up Susan's grandson, Grant. He spent a couple of days with us before the August family weekend. We had lots of fun playing on the beach and in our lot. There were lot and beach games, sand castles and kite flying, everyone gave the kite flying a try. Some of our time was spent getting the place setup for the annual family get together camp out.

Families started arriving on August 1st. Early arrivals get their choice of camp spots, the yard only has so many premo spots. By the time everyone arrived we had added fourteen people (9 adults and 6 kids) and 4 tents to the beach base camp ground. The facilities were stretched to the limit. Needless to say, visiting occurred, meals served, some dipper changing as appropriate, games were played, beach visits were made, adventures experienced, beach jogging for those inclined, no kite flying though due to lack of wind (really?), camp fires built and smores were had by all. By Sunday after noon everyone had left for their homes and it was time to clean up, put the games away and generally pickup the yard Then it was time to listen to the silence.

August blurred by like July. More doctor visits in Portland, grand kid birthday's in Portland and returning out of town visitors who were welcomed in Portland with a great pot luck and BBQ.

We did manage to squeeze in a day trip to Fort Stevens State Park outside of Hammond, Or. It turned out there were some Letterboxes that needed to be found. We made a day of it with our neighbors and their guest campers. We had a nice picnic lunch near Coffenbury Lake then continued on our adventure and subsequently errands.

At the end of the month it was our time to move the RV to attend the annual Mexico Cruisers Rendezvous at Cathlamet, Washington. This is the first year we took a power and water site usually we boondock on the waters edge. This year the RV house batteries are on the verge of failing and we needed the 110v power. It was different for us being away from the river and amongst the other RV's. There is a pot luck on Saturday afternoon. However we like to arrive on Thursday and leave on Sunday. This gives us plenty of time to visit with all the other attendees and do other activities, this year like last year we road the trolly out onto Puget Island and went to their Friday afternoon farmers market. Great fun!

Once back at the DBBB it time for us to start to get ready to close up the lot for the season and in addition we needed to unload the RV and then reload it with things from our storage shed that we wanted to take to our new Green Valley winter digs. (the Pairaiso Base) This effort took about a week, then we said our good byes to good friends and neighbors Tom & Kathy.

We headed to Vancouver on September 1st. This turned out coincidentally to be our Vancouver host's birthday. We joined the celebration as the party was beginning.

The first few weeks of September was spent visiting family and friends. Attending grand kid soccer games, driving up to Olympia's Cabelas for lunch with Susan's oldest son, LB with the grand kids, cards games and generally hanging out. Oh yeah the skipper and skipperette managed to wax the RV too. (badly needed) We were also making plans to head south to Phoenix towards the end of the month.


We left Vancouver on September 20th, traveled for 5 days and arrived one day before we were scheduled to depart for LA. Along our travels we stopped for 2 LB (Letterboxes) and took new routes and stayed at different RV parks. We had mostly nice weather although one day it rained for most of our passage. We didn't make the time for any other explorations due to our schedule. Once in Phoenix we completely unloaded the car, packed for the wedding and our 3 days in Newport beach, Ca. Reloaded the car for the weekend trip, closed up the RV and left early on Friday morning.

The driving trip to LA was uneventful. We arrived in plenty of time to unload the car and to shop for some car seats for the young ladies flying in later. We were ready to make the first run to the John Wayne airport to pick up Pat's daughter, Jenica and her three girls. The bride and groom had already arrived as they left Phoenix earlier then us. We all had dinner together and retired to our rooms.

The next day was mostly relaxed visiting with everyone and baby sitting grand kids during shopping excursions and picking up Pat's son at the airport. That night was a big dinner party outing at the Olive Garden. Both families attended and it was great getting to meet everyone and having a fine dinner too. It's too bad we arrived late and missed our reservation and had to wait outside for one and a half hours before finally getting seated. The restaurant did come out with appetizers a couple of times to help tide us over which was real nice of them to do. (for free) After dinner the older folks and kids retired to their rooms while others partied on.

The day of the wedding was very busy for some folks and others baby sat the grandkids. The wedding it self was in the evening on board a large vessel designed for such affairs. It was a truly lovely sitting and cruising around Newport harbor at sunset was spectacular. The wedding was beautiful, the food and music was fantastic as well. The whole event lasted 4 hours and there must have been thousands of pictures/videos taken by everyone as it seemed every one was taking them. Then it seemed as if all at once everyone was dancing and really enjoying themselves. By 10 PM the boat was back at the dock and we were heading back to the hotel, some of us dragging our tails. Although I have it on good authority that some folks partied on to the wee hours.

The last day Monday was spent packing and saying good byes and making two trips to the airport to get the flying family members back home. The lastly we headed back to Phoenix arriving by five PM. We unloaded the car and kicked back and relaxed away the remaining day.

The rest of the week was spent visiting friends and family and then the grand parents co-baby sat the grand kids while the newly weds went on their honey moon. By October 6th all was back to normal and we headed south, in the RV to Green Valley.


We had made reservations at our normal RV park for 3 days however it took 4 to get all of our tasks done. We had brought a lot of house hold items from our storage shed at our place in Longbeach. In addition after living full time in the RV for so long we had lots of more "Stuff" to off load and take to the new "Pairaiso Base". The RV park is 12 miles from our new place. We made 8 trips with a loaded car before we were done with everything we could think of immediately. (since then we've been back several more times to retrieve more "Stuff".) We were finally able to spent our first night in our new place 2 days after arriving. Then we had to prepare the RV for a winters sleep and that took another day and half. Finally the RV was moved to the storage lot and put to sleep.

No rest for the old folks though as now we had to find someplace for all that "Stuff" in the townhouse. (boy did it get small all of a sudden) Once we had "arrived" our social life kicked into high gear. What with Susan's painting and Pat's camera club activities, our water aerobics, playing Bocce ball, attending a forum presentation on Monarch butterflies, taking in Anza Days, an annual local festival that started at the Tumacacori Mission then following the Anza Trail through Tubac, Az. where the festival was held, and the White Elephant's 50th anniversary parade, we hardly had time to be ready for the fall, HOA all you can eat pizza dinner. The next few weeks flew by and then it was time for Susan to visit her mother in New Holland for nine days. She's back now from her visit. So we can continue getting involved in the local activities. (hope we survive!)

Fall around the Pairaiso Base Photo Album