Swimming Up Stream to the DBBB 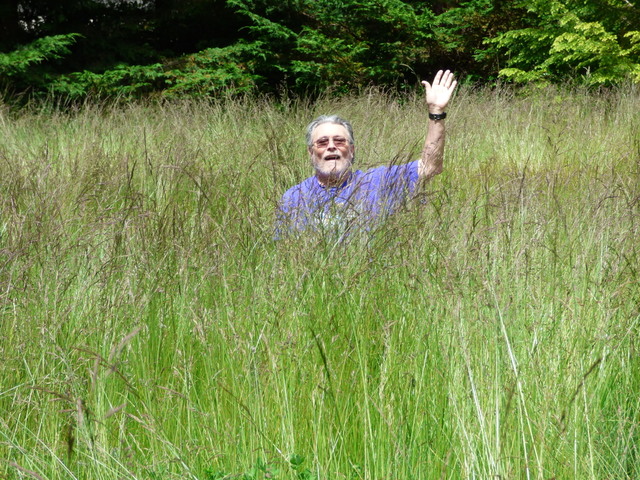 We traveled back to Mesa and our friends Brent and Molly's place for a Letterboxing event. This was Third Annual Phoenix Area Letterboxing event to be held at Cave Creek Regional Park. We had a great time meeting up with follow LB enthusiast's. We had fun wondering the trails among the budding followers searching for and collecting as many of the stamp impressions as could find.

On Sunday we swung by our daughter Lydia's place for a visit, before continuing on back to Green Valley. Once back it ushered in the flurry of activities that always precedes our departure near the end of April.

Dinner with friends, Herman & Nancy and Carlos and Betty, and quick sleep over from our friends, John and Marilyn from Mexico, various club activities and good bye dinners and Pot lucks. There was a slight scare as Susan's mom found herself in the hospital with an infection. She did recover after about a week and was sent home. Then we got the RV out of storage, got her cleaned up and loaded for the trip north.

While at De Anza RV Park getting ready we witnessed the start of the Sawmill Wild Fire which ultimately spread east up and over the mountain range and down the over side before going out. Also while there a large RV caught fire which caused some excitement before the fire department put it out.

I was having trouble keeping air in one of my rear tires before leaving this resulted a trip to the tire store, only to find they couldn't even look oat m problem because the tire were over 5 years old. Needless to say all the tires were older then 5 years. So just go ahead and replace all the tires, big $,$$$, oh well just several RV bucks later we were on the road headed north. We missed seeing Lydia because of our tire fiasco, our preplanned schedule and she being sick, so onward we sailed northward.

Along the trip we realized at the Walker Lake (NV) pull out that the car battery was dead when we tried to start the car, which is a requirement when touring. So what do you do? It being a stick it can be "Jump Started" by getting the car moving and pop the clutch. The pull out we were in was fairly long so we dragged the car popping the clutch periodically until it started. Then we drove on leaving the car running to charge the battery for about hour until we could find a stopping place to stop the car.

We made it to Vancouver and to our friends Tom & Sue, without further issues by the end of April and in time for dinner at Susan's son Bill's home and a visit with the grand kids.

May can be summed up by visiting with local Portland and Vancouver area families, friends and annual doctors visits, car issues, hospital visits and trips east. Of course there was the base ball games to attend for the grand kid's teams. Then birthday parties to celebrate and share, including my (Pats) 70th (what a shocker!).

Susan's mom was in and out of the hospital, as was Tom our host. Susan was visiting her mother during her hospital visit. The clutch in the car died and stayed dead most of the month. It took multiple trips to the repair shop, before is was truly fixed. Because of the car issues we had to borrow Tom & Sue's car for shopping and trips to the beach to pick up our mail. As May drew to a close our friends Tom, Kathy, Dave and Jodi took off on a trip to Alaska. Too bad we couldn't go with them.

June found us still in Vancouver dealing with the car issues. Once again we got our car back supposedly fixed. We took it north to visit Susan's son Steve. We had a great visit however the trip became hair raising when we headed back to Vancouver. The clutch started to fail to the point of not disconnecting from the engine causing us to not be able to stop the car. It happened 3 times on our way back. Needless to say the next day the car went back into the garage for the forth time. I had documented each of these instances so when I turned in the car handed them my report, this time the shop gave us a rental car on them and keep the car another week. Turns out a part they had installed was not working, so they had to install a new part. Finally we got it back and it was working correctly. During this time we managed to spend a day just to ourselves walking along the Columbia river.

After visiting family and socializing with friends we left Vancouver for the beach. However first, we went to Camp Kalama RV Park to watch our grandson play baseball and celecrate his birthday with him and his family. They had just got a new to them pop-up camper. So we had fun watching/helping them set it up. We spent most of the time at the ball field. However on Saturday we tool a break to celebrate Grant's birthday and have a little party with his friends. Then on Sunday we continued onto the beach.

We knew that we had a real problem because our lawn had not been cut for several months. Need less to say it was very tall, at least 2+ feet in fact. We shopped around the area and found a service that would cut it for $150. They showed up the day after we got to the beach and spent 3 hours on rider mowers and hand mowers getting it cut. It quite interesting to watch them go about the project. Fortunately they had brought large truck to hall away the grass cuttings!

Our fire pit bricks had begun to sink into the sand, so this year's project was to fix that issue. We dug up the bricks added more sand/soil and restacked the bricks, we also added a 3 third layer. Then we got some river rocks and make a skirt around the pit. When done it looked pretty good.

June was drawing to a close so we had to trim back the tress and bushes cut the grass again and get ready for our normal forth of July party.