15 March 2012
David
Palarran is a Fountaine Pajot Marquises 56' catamaran built in 2001 and commissioned the next year. It was built in La Rochelle, France and then sailed to Fort Lauderdale for final fit out. The previous owner was in the shipping business and spared no expense in customizing the boat. He then used the boat very lightly in the Caribbean, but mostly it sat in a slip waiting to be sailed.

Most Marquises' that where built where used as crewed charter boats designed for four couples plus two crew. There are two cabins with queen sized beds and two forward cabins with double beds plus a drop down single bed. All cabins have their own bathrooms (called heads on boats).

There is a good sized kitchen (galley) in the starboard (right) hull. In the port (left) hull there is a super large refrigerator and freezer and a laundry room. 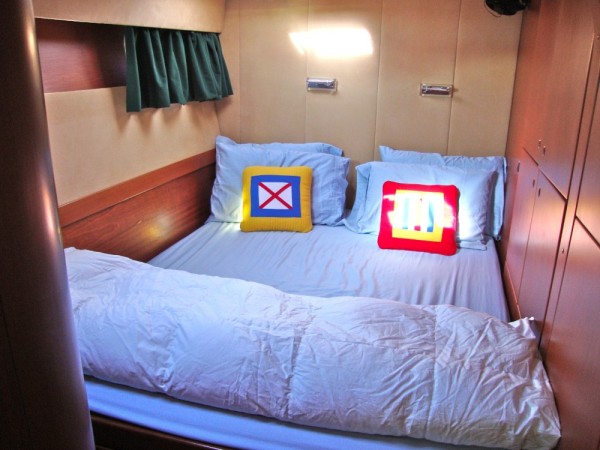 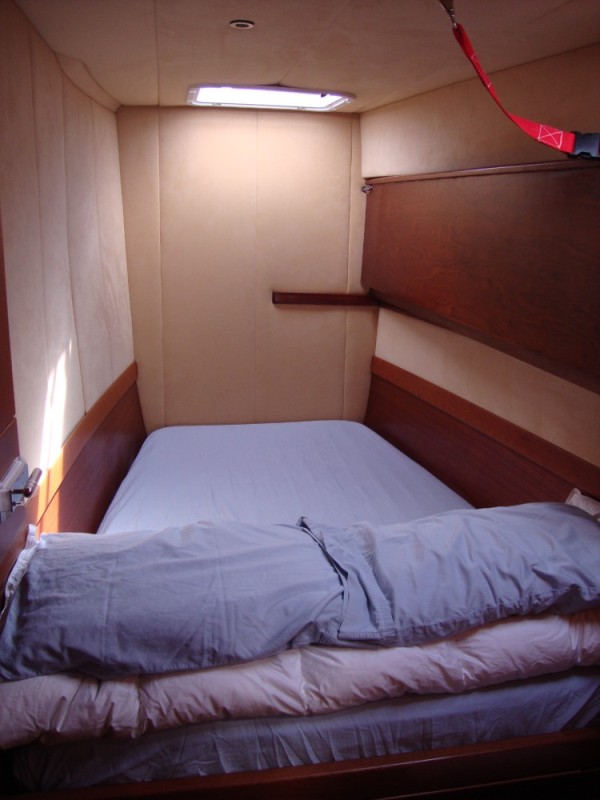 The center area that connects the two hulls is called a bridge deck. Palarran has a very large one which has a bar and food prep area, a nice navigation station, a dining table, and small sitting area. Outside there is a table that seats 10 under a hard top bimini. 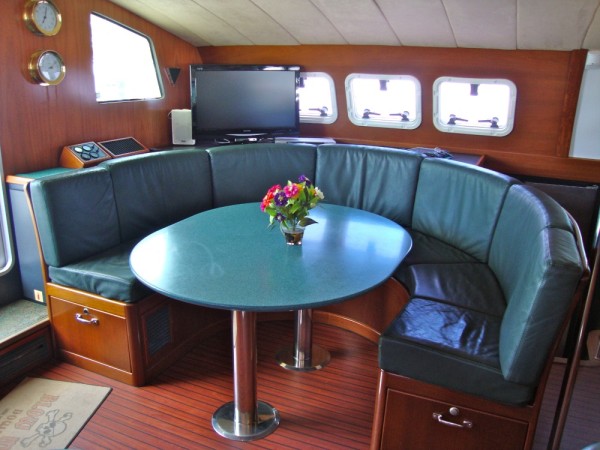 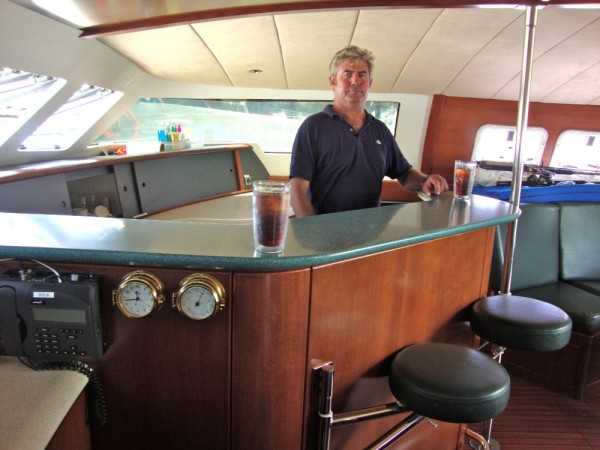 Some other features that make Palarran nice is two generators, a dive compressor and all the dive equipment, 1000 gallon per day watermaker, and air conditioning. I built a nice grilling station on the back of the boat which is used quite often. We have a 13' dingy that works well to get us back and forth to shore. 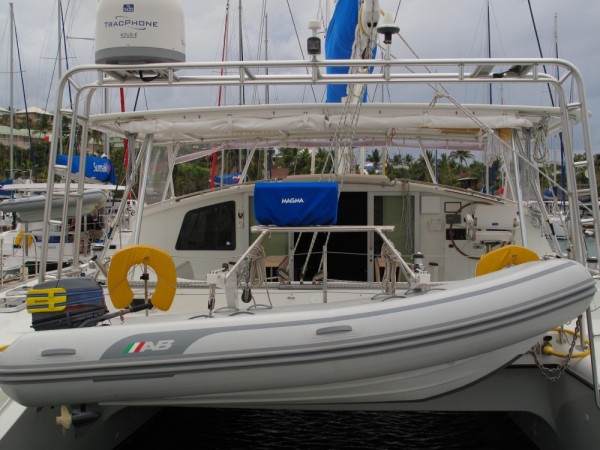