We ran into the previous owner of Qualchan in La Paz, he heard the name Qualchan being hailed by another boat and we go together. What a small world.
Comments Crocodile in the mangroves in La Manzinilla, not in a zoo.
Comments In Tenacatita still with tons of kid boats!
Comments it was really great that jim and betsy were able to come and share part of our stay in tenacatita. jim e-mailed and wanted to know where we would be that week (within a hundred miles or so) i told him most likely between p.v. and barra, then narrowed it down to ten bay, next thing you know, they are boarding qualchan from a panga. awesome!
Comments This shot was taken of our neighboring boat Gypsy Wind in Tenacatita with the hillside blooming after the heavy rains the week before.
Comments Really cool stop, we were able to get some laundry done, fill the water tanks and do some minor repairs. As well as visit the very relaxed town of Barra

Natalie took this shot in the slip at Barra Marina
Comments

more of the squall Lightning lit the sky for hours allowing a clear view of up to 3 mi. across the bay to La Manzanillo. This photo taken around 2230-2300.
Comments This photo was taken by our neighboring boat Ahi Kali, around midnight as the squall was approaching. The sky was lit up for over two hours, followed by high winds then a torrential downpour.
Comments add raid, pinesol and rum, chase it with a pacifico. only 5 minutes after meeting santiago, he offered me his truck to go on a grocery run to the pescaderia. very cool. 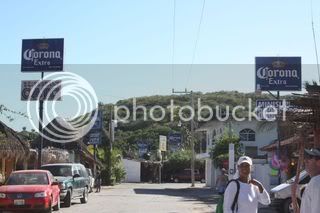 Took this river two miles up to get up to the small town in Tenacatita where we provisioned and had lunch in small palapas.
Comments
04 April 2010 Passage from Chamela to Tenacatita

Our passage from Chamela to Tenacatita was under a fresh following breeze of 25 knots.
Comments

At rest in settled anchorage in Chamela after a very nice overnight passage from La Cruz in Banderas Bay.
Comments

This shot was taken of Nalu IV about 15 miles south of Cabo Coriientes 10 miles offshore of Ipala. We departed La Cruz around midnight and we were treated with some very nice offshore breeze that made for a pleasant passage.
Comments