We arrived at Cumberland Island on the morning of November 28th after an overnight passage from Charleston (165 nm). Since it was my birthday, I chose to be lazy all day - I caught up on my sleep, ate birthday cake (Charles baked it), and played with my new Birthday present. 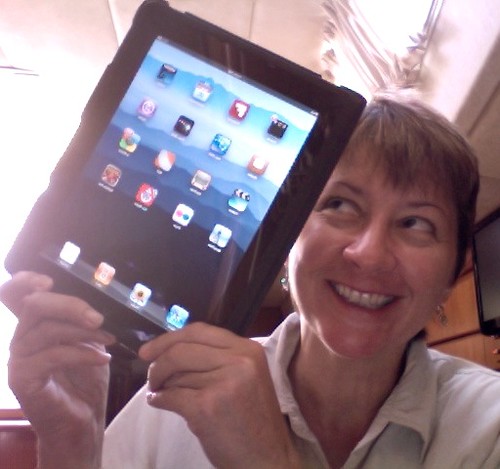 We took the dingy ashore Monday morning for a day of exploring. It was overcast but warmer than normal so it was a perfect day to hike. We landed the dingy at the Sea Camp dock and paid our park admission fee before heading south on the River trail to the Ice Dock and then the Dungeness Ruins site. 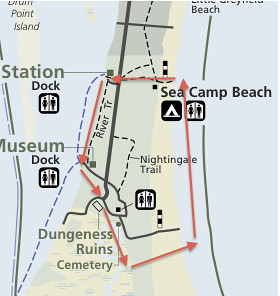 Along the way we spotted a narrow trail off the main one and followed it off a few dozen yards. We were rewarded with an 'up close' encounter with a harem of wild horses. They were drinking water from a mad-made trough and seemed very tolerant of us being there. I snapped some photos and a short video. 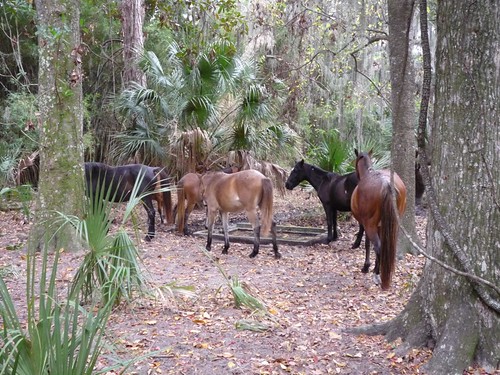 The museum at the Ice House dock had great photos of the Dungeness house during it's prime. Built by the Carnegies in the 1880s, it was and still is an impressive site. The site was largely abandoned in the 1920s and burned down in 1959. 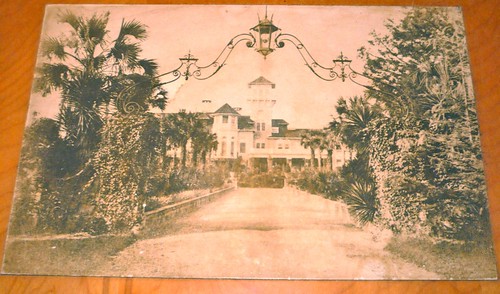 Aside from the wild horses we encountered on our way to the ruins, the other creatures that appear in large quantity on the island are Armadillos and wild Turkeys. I had never seen an Armadillo up close (not alive any way) and found them to be really cute. 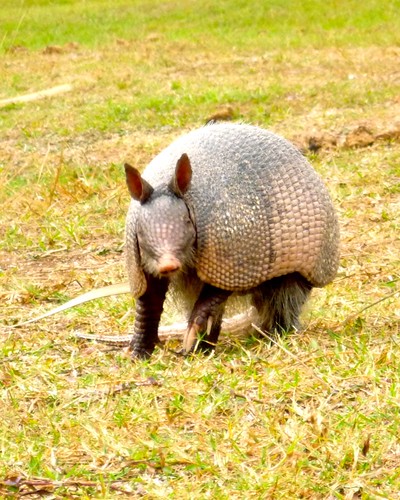 We were eager to see the long beach on the other side of the marshes and dunes so we followed a boardwalk out into the marshes. We saw the sign pointing to the beach but decided instead to follow some of the horse trails in the other direction - this led to a rather LONG hike to the water. Note: horses do not travel in a straight line.

We arrived at the beach a little after low tide and enjoyed watching the surf and the seagulls as we walked north to the Sea Camp Beach access point. Along the way we saw the carcass of a sea turtle, it must have died during the turtle nesting period earlier this summer. 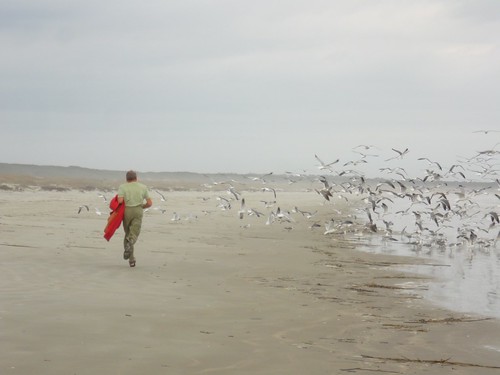 On the trail back to the the West side of the island we walked through a forest of ancient live oaks. The size of the trees and the spanish moss hanging everywhere made for a delightful walk. 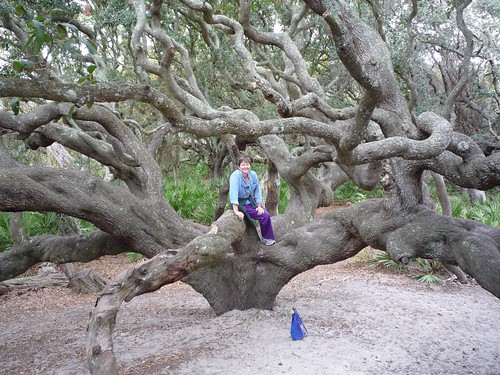 It was a wonderful visit and we hope to return here in the spring to do more exploring.
Follow this link to see more photos.