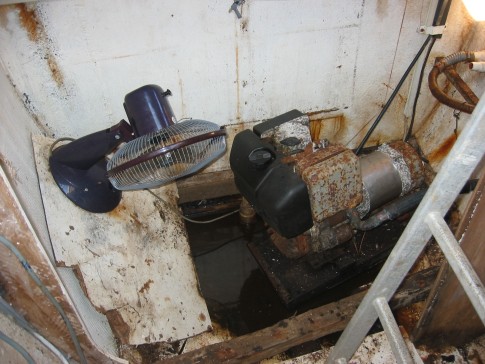 The "generator" after coming loose from it's mounts and getting doused from an open hatch after the owner delivered the boat to Langkawi from Phuket.
Added 4 December 2010