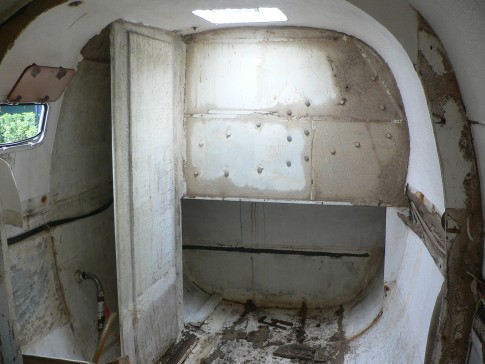 The grey areas on the bulkhead and cabin side are the remains of termite nests, some of which can be seen on the floor.
Added 4 December 2010