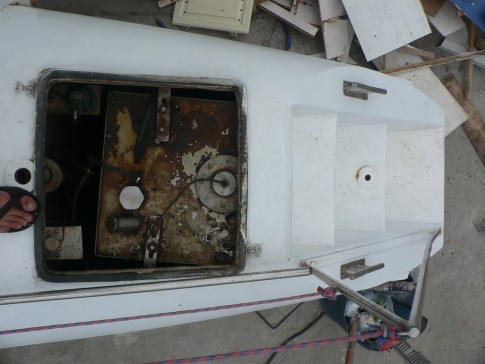 The 200L fuel tanks were under the stern steps. This resulted in a lot of weight in the stern where it is least desireable. They were also unsecured!
Added 4 December 2010