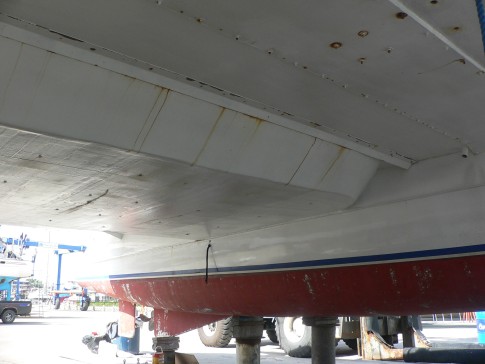 The cabin was actually a "pod" that extended below the bridgedeck leaving only 18" of clearance and 5'9" of headroom.
Added 4 December 2010