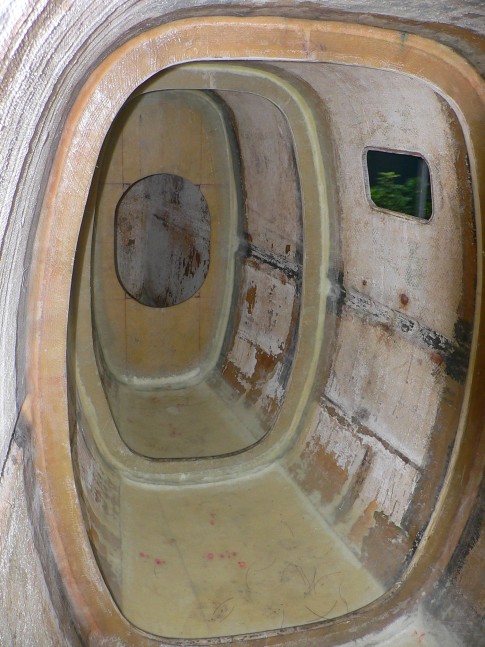 All of the old plywood and termite bulkheads were removed and replaced with bulkheads and ring frames made of Corecell and epoxy/fiberglass . This area of the bottom had some delamination due to pounding and poor sealing of through hull fittings, allowing water into the core. The core was removed and replaced with foam core vacuum bagged in place with epoxy.
Added 16 December 2010