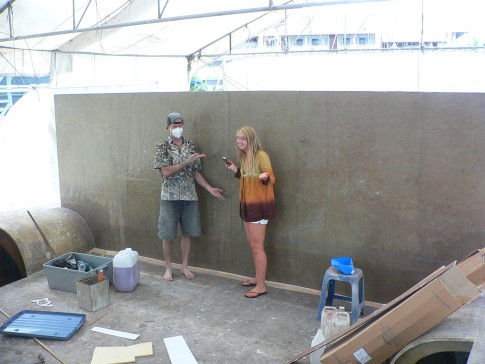 The main cabin bulkhead prior to cutting. Sabine demonstrating the ideal location for the door.
Added 19 December 2010